Advertisement
HomeBOLLYWOODEXCLUSIVEPeepingMoon Exclusive - The disruption has happened in terms of content, so maybe people will get to see a different version of ‘Chatur’ from ‘3 Idiots’ now: Omi Vaidya

PeepingMoon Exclusive - The disruption has happened in terms of content, so maybe people will get to see a different version of ‘Chatur’ from ‘3 Idiots’ now: Omi Vaidya

Omi Vaidya aka Chatur from 3 Idiots is a household name now. The actor is gearing up for the premiere of the second season of his hugely popular comedic series Metro Park 2. The web series that stars Omi, Ranvir Shorey, Purbi Joshi, Pitobash, Vega Tamotia and Sarita Joshi playing pivotal characters along with Milind Soman and Gopal Dutt making a special appearance is all set to start streaming from tomorrow January 29, 2021 on Eros Now.

The sitcom, directed by Abi Varghese and Ajayan Venugopalan, focuses on a typical Indian Gujarati family settled in New Jersey, US. Venugopalan has also penned the show. PeepingMoon.com caught up with Omi as he spoke to us in an exclusive chat about his web series and future projects. 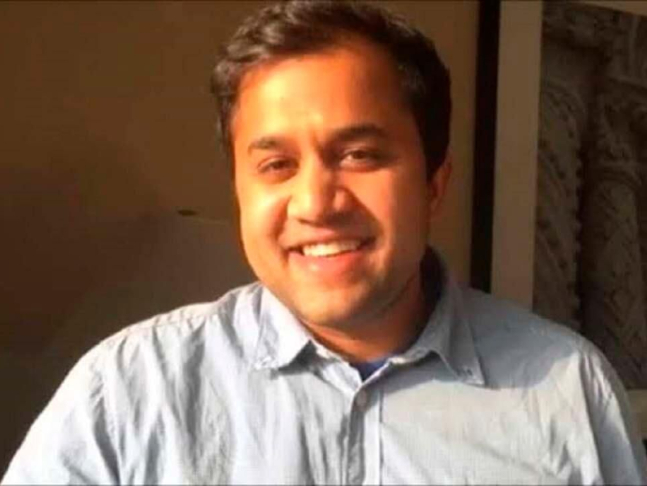 The first season of Metro Park was well-received. What are your expectations from this season?

I had no expectations from the first season other than that people like it. It’s a show about Indians living in America so I was like ‘How is it going to be enjoyable to Indians living in India. Their lives are so different’, boy, was I wrong? They really loved it and what I realized is that a lot of challenges that Indians face here like connecting to their kids and kids connecting to their parents, technology and trying to thrive is very very relatable to India and its great. I am hoping that continues, whatever is the expectations of the audience from the second season of having that similar type of comedy, of similar type of warmness that you don’t see any more in streaming shows, that warm family feeling is something that we continue to give them, that is all I am keeping my fingers crossed for. How was it working with some of the best comic artists like Ranvir Shorey, Purbi Joshi in Metro Park?

It’s really nice. It’s really nice to work with comedic actors that have that comedic sense. Many times in Bollywood I’ve worked with actors who are given comedy roles but they are sort of stars but their comedy sense is a bit lacking. They don’t have the ability to improvise or do accents well and really highten the scenes with comedy and work with the other person like a dance, you know, like one person says something and the other reacts and comes back with something else. Each take is better than the last and it’s fun to work with, you get lost in the performance and watching the other person’s performance. Ranvir Shorey and Purbi Joshi are fantastic as Gujarati parents, they are really really good, you can really see the quality. It’s like night and day watching them in comparison with amateur or dramatic actors trying to be comic. 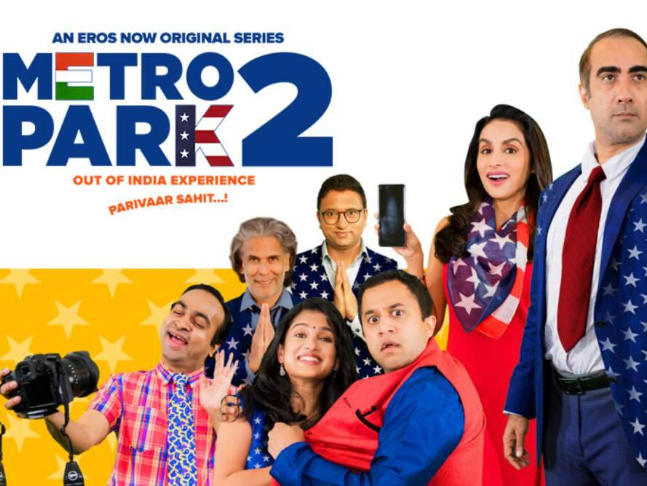 You gained a lot of popularity after your comic role in 3 Idiots but do you feel that you failed to capitalize on the success?

Well, I did capitalize on the success. I did five other films as a non-insider and did many-many commercials and I still have a large fan following. If I go to an Indian restaurant here in America, I get free dessert (laughs), they don’t give you anything more than that, they are Indian people but they give you free dessert (chuckles), that’s rare. So it’s pretty crazy, I continue to capitalize and enjoy but in terms of becoming a hero or doing these movies that’s really not up to me, that’s really up to the audience but also on people who are in charge and the people in charge are the producers, filmmakers and execs. But as the disruption has happened and now there are so much more content out there things might change. Just look at Metro Park, this show 3-4 years ago would have never happened, they had difficulty even selling this show and it is such a hit, so it means something. It has flipped everything, nobody knows what will work, everything we knew has been thrown out of the window, so it’s really a great time to experiment and I hope that people give me the chance and I’m hoping to give myself a chance; I am developing a few projects myself and when I do then maybe people get to see a different version of ‘Chatur’ and Omi that is enjoyable and fun and not the same thing. 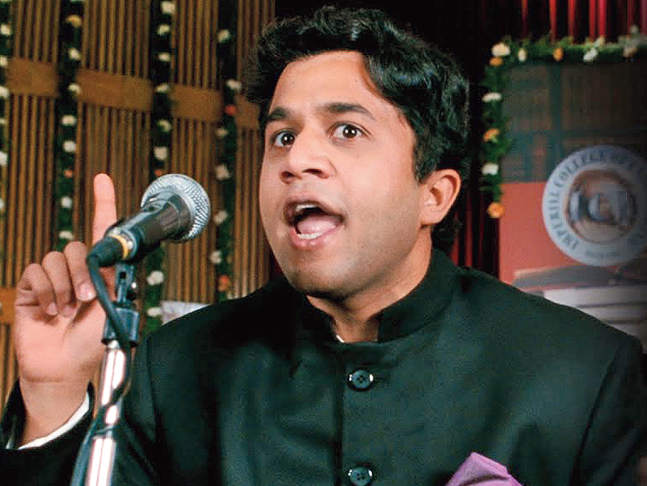 You’ve directed quite a few short films, do you have any plans to direct a full-fledged Bollywood film or web series?

I always have had an interest in directing. I love to manipulate the audience and give them a good time, I have done that as an actor very well, it is something that comes natural to me even though I’ve trained for years to honing my talent but it comes so natural to me. But my passion is directing and producing and coming up with these stories and I certainly have this khwahish to direct a movie someday. I will not be acting in it for sure. My favourite type of movie to direct would be some sort of psychological thriller that is what I’ve directed before and had success in terms of my short films and writing, but as a writer, but as a producer I have a lot of comedic projects that I am working on and are getting seen by these streaming platforms and are being reviews. So who knows what is going to happen but as a creative I just hope to do it. I did it as an actor but I would like to show my artistry behind the scenes because I have my other communication skills as well not only with the audience but also with the actors. As an actor I struggled sometimes to communicate with directors who do not have that communication skills, who only see their own vision and as an actor I would like to work with other actors and give them a performance and also give them a satisfaction that sometimes I find it difficult to achieve when I am acting in a project.

If given a chance which dream role you would love to take up and which director you’re dying to work with?

I don’t have that dream role, I don’t know. It would be wonderful to play a role that has a darker side, somebody who is seen as comedic and fun and non-threatening but then becomes threatening. I feel I have this ability to make you laugh but if you look at Chatur, he had a dark streak in him that comes out later in the film 3 Idiots. I wish it was taken to another level, if he had been given the chance to take it to another level, I feel it would have been a challenge to play and refreshing. In terms of directors, I just like to work with directors with whom I enjoy and who has a strong vision that’s all I care about; there is no specific director I want to work with. However, it would be really nice to work with Raju (Rajkumar Hirani) again because I have a strong relationship with him and you can always rest assured that the product would be good and he makes everything fun. I remember I didn’t have so much fun on the sets as I was so focused on the character and I was too busy but I would like to enjoy that experience as well.