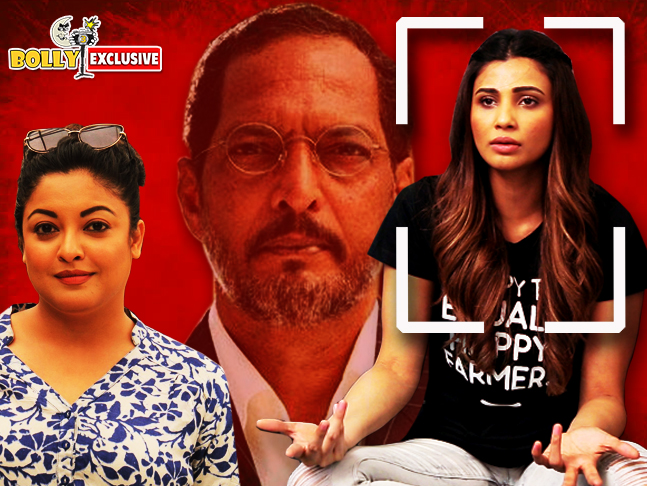 But now PeepingMoon.com has exclusively learned that Tanushree has also taken choreographer turned actress Daisy Shah's name in her official statement by stating that Daisy was an assistant of Ganesh at that time and it was her that Tanushree spoke to about Nana's advances. She further said that in the evening the incident took place, Daisy was present at the spot.

Tanushree also revealed that when Nana tried to first harass her, she told Daisy who informed her that Nana only had one scene with her in the song, which was to be shot separately. She added that Daisy was herself perplexed that why Nana is coming up to Tanushree again and again. Tanushree pointed out that later Daisy saw when Nana tried to touch her again while she was giving steps to the actress. Seeing that, Daisy rushed up to Ganesh to tell the same but he told her to keep quiet.

According to the Mumbai Police, Daisy will also be questioned in this case. She will soon be summoned to appear for interrogation since her name is at the top of the witnesses' list that Tanushree had submitted.

Meanwhile, a senior police officer of the Mumbai Police has revealed a notice will be sent to Nana and others and they will be called for questioning. If the four of them do not cooperate or try to avoid the interrogation, then the Mumbai Police will investigate the case further in their own stringent way. The accused have been booked under section 354 and 509 of IPC and the police will take action keeping all legal aspects in mind.