Advertisement
HomeBOLLYWOODEXCLUSIVEThe Rising Stars of Bollywood: Faced financial crisis when father Jaaved Jaaferi had no work, now it's the best time to be an actor- Meezaan

The Rising Stars of Bollywood: Faced financial crisis when father Jaaved Jaaferi had no work, now it's the best time to be an actor- Meezaan

Meezaan is one of the most promising young actors in Bollywood right now. The grandson of veteran late Jagdeep and son actor Jaaved Jaaferi, Meezaan is all set to impress all with his acting chops in Priyadarshan's Hungama 2 with Shilpa Shetty, Paresh Rawal and Pranitha Subhash. In an exclusive interview with PeepingMoon, Meezaan highlighted that he wants his work to speak for him.

"For the world, I'm an actor. They watch my work on the big screen and that should be enough. My performance should speak for itself. I can very well sit and imagine that my film would earn Rs. 500 crores. But that's not the thing. At the end of the day, work speaks for yourself. Nobody judges it apart from the audience and they have the decision-making power. When Uri: The Surgical Strike (2019) released, nobody knew it's going to be the movie of the year. It was a great movie with such good performances and treatment. That's why people loved it. 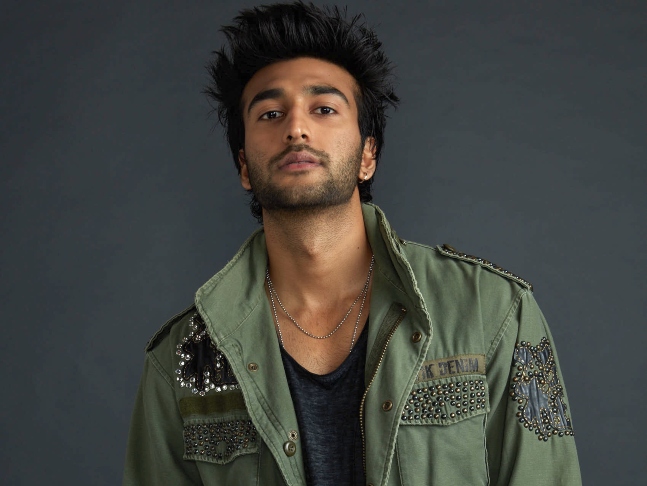 Recommended Read: The Rising Stars of Bollywood: One should always encourage talent and not shun them down: Meezaan

He added, "Abhi main baithke jitna bhi promotion karu and at the end of the day the movie is garbage, people are going to curse me. They will destroy me with their comments. I have to make sure my work is great and my performance meets the expectations and standards of the audience."

Meezaan lost his grandfather, Jagdeep, in July last year. Remembering his 'dada' as a positive and jovial man, Meezaan spoke about the time they spent together and the valuable life lesson he passed on to him. "Majority of my conversations with him used to be about films. I used to love that, I'm a film buff. I tried getting out those kinds of stories from him. He has lived such a life that he could talk about anything. He was a great story-teller and would love to narrate some stories. After all of this, it all comes down to how you are as a person and what life is all about. Acting in films is just our job and a small part of our lives. His teachings about life weren't the most but the most impactful. He always encouraged people, that's what I learned from him. He was competitive with himself and not others. He never spoke bad about others and if someone else did, he would say, "Let it be. Voh uska kaam hai. Look at yourself and how you are performing." He always encouraged no matter how bad you were. My brother does some raps and music. Now he is far better but when he was younger, we as kids used to say, "It's so bad". But dada used to tell him, "It's amazing. You should keep at it". You should be encouraging otherwise you could stun down someone so bad and break their morale. I have seen that happening to myself. It takes you down the wrong path. You should be supportive with a happy-go-lucky nature. Whenever he spoke, he had a smile on his face. that's how we remember him," Meezaan shared.

Meezaan further shared that though it is a great time to be an actor, OTT platforms should be the reason for the growth. "OTT platforms are giving many opportunities to actors. Of course, it is a great time for actors. Today, my father is doing so much more work. There was a phase when my father (Jaaved Jaaferi) was sitting at home and we faced a financial crisis. We've been through that as well. I'm happy that Netflix, Amazon Prime Video, MX Player, etc. are in the picture. It has given work to many credible actors who are so good at the craft but never got the opportunity to work in films. They didn't get that recognition and respect but now they finally are and I'm so happy. That's why India is taking out great content and showing the world what we are capable of," he added.