PeepingMoon.com had exclusively informed its readers on February 10, 2021, that Jacqueline Fernandez will be featuring opposite Akshay Kumar in his upcoming film, titled Ram Setu. The Sri Lankan beauty who is shooting with the Bollywood superstar for Sajid Nadiadwala's Bachchan Pandey in Jaisalmer will be reuniting with him for the 6th time.

Now, PeepingMoon.com has exclusively learned about the role Jacqueline will be playing in Ram Setu, which will be directed by Abhishek Sharma (of Tere Bin Laden fame). Sources told us that the actress has been signed for a special appearance and not a full-fledged role. 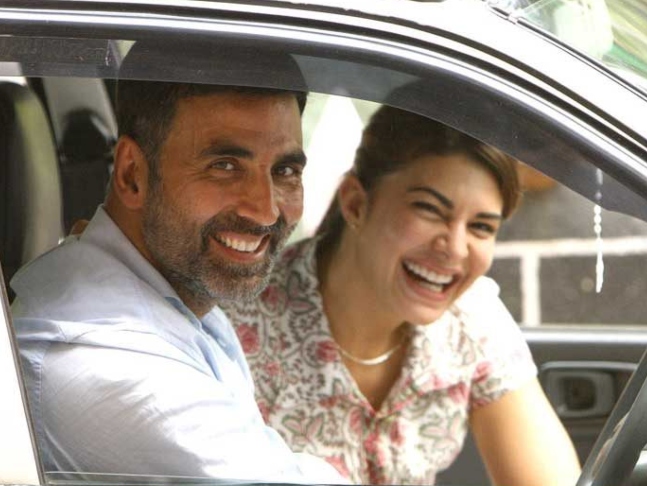 Ram Setu was announced by Akshay on Diwali 2020. Urging people “to endeavor to keep alive the ideals of Ram in the consciousness of all Bharatiyas by building a bridge (setu) that will connect generations to come," the superstar shared two posters. He unveiled his look from the film.

Ram Setu is produced by Aruna Bhatia and Abundantia Entertainment's Vikram Malhotra. Dr. Chandraprakash Dwivedi, who is directing Akshay in Prithviraj, is the creative producer.  The release date of Ram Setu is yet to be announced.

The Rising Stars of Bollywood: Shirley Setia reacts to being compared with Preity Zinta!