Advertisement
HomeBOLLYWOODEXCLUSIVEPeepingMoon Exclusive: Winning Filmfare for 'Lootcase' was unbelievable, will make a second part when we have a good story: Director Rajesh Krishnan

Lootcase director Rajesh Krishnan, who received tremendous response for his directorial debut, is now over the moon to have received the Best Debut Director Award at the 66th Filmfare Awards. The ad director, who made his debut with his first feature, said it was a big achievement for not only him but the entire Lootcase team. Starring Kunal Kemmu, Gajraj Rao, Rasika Duggal, Ranvir Shorey and Vijay Raaz, Lootcase is a comedy-drama based on a common man's dilemma when he comes across a bag full of money. The film released on July 31, 2020 on Disney + Hotstar.

In an exclusive chat with PeepingMoon, the director recently spoke about the film bagging 8 'prestigious' nominations, how its web release helped, its second part and the added pressure with his big win.

Did you expect to win the best debut director award?

We only had the expectation of a release. At the final time, we were really nervous about the release. We were really happy to have a nomination in 8 categories. And Filmfare is a very prestigious award with an elite jury. We couldn’t believe we were nominated. But the film did miss its theatrical release in October 2019...

I sincerely believe the producers should have released the film in theatres in 2019 when they had the opportunity. It would have been a different story altogether. Every good story must have a heroic journey and by the end of it, all of us become mature and wise.

You said you got an instinct that you would get an award.

Not really an instinct but the fact that we’ve been really hearing good stuff from people. If it’s a theatrical release, you know how well the film is doing through the box office numbers but it is tough to know how the film is doing on OTT as they don’t disclose how many people watched it. I’m sure the film did well. Does the award come across as validation or does it add pressure?

Both. It is of course a reassurance. When you’re in a commercial environment, as a filmmaker, you don’t really know how well the film will do. So you just gotta put it in the correct environment. We delivered the promise with the film. The reason it even got an award is that it had a certain popularity. I don’t ever want to be in a situation where I take things for granted. You’ll go through a lot of things while making a film but all that is useful. Expectation wise maybe there are more now but I can’t fall into a trap. I’m not even sure if the next film I do is a comedy film. It does put like a benchmark but I put a benchmark on myself as well. The first expectation is that the producer puts in money in your film but that is the nature of the business but that doesn’t let you worry. The expectation must only push you to work harder. If you’re going to be funny, make sure you’re funny.

Do you think the web release helped in terms of the viewership of the film?

I’m sure it played a big part. But a film like ours which was comical, I think it could have to theatres and the chain of events would have been different. However, we can only speak for what has happened. Unfortunately, there was Covid and there was a certain gloom and the fact that OTT was there and watch it literally on your phone - it did help. By that count, of course, we reached out to a lot of people. But if it had a theatrical release, I think it would have picked up by day 2 or day 3. I don’t know a single good film in the last few years that didn’t get its due. If a film is good, it will find its audience. At the end of the day, a lot of word of mouth matters. 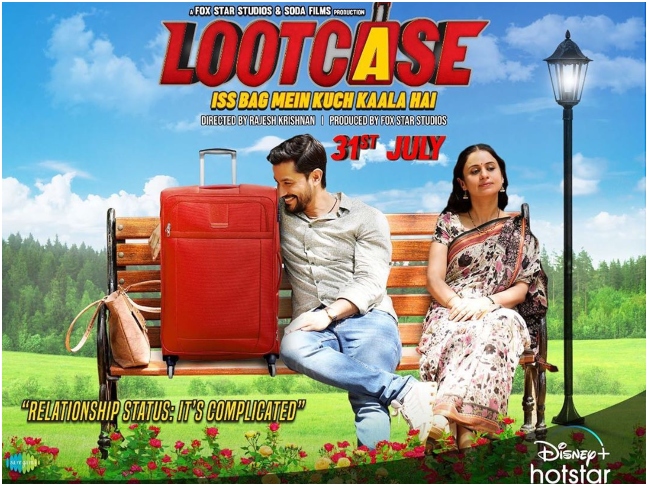 There have been some speculations and my only standard reply is that we better have a good story. It should suit. I need my films to have some depth and my characters to have a story. The audience is far more intelligent as they’re consuming the media from all over the world. It needs to have an independent story with some materials from the original film but it cannot completely rely on it.

PeepingMoon Exclusive: ‘Raat Baaki Hai is not like other thrillers, it has a theatrical vibe and a pace different from crime dramas,’ says Paoli Dam