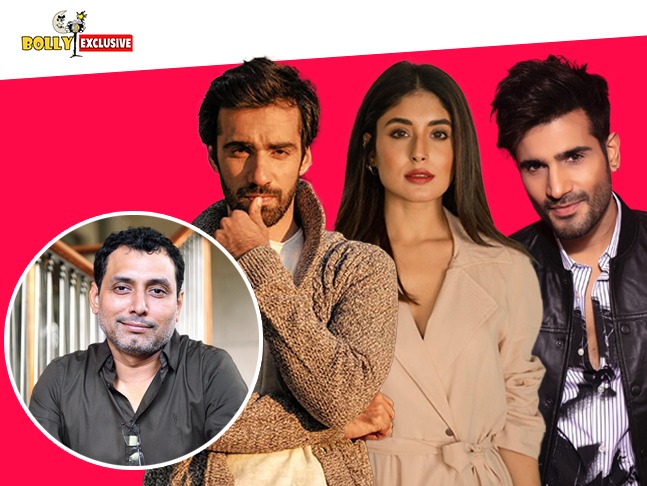 Peepingmoon.com exclusively informed its readers last month that Neeraj Pandey has started working on his third web series that will go on floors after the completion of his upcoming Disney+Hotstar show, Special OPS 1.5. We revealed that the new series is based on IPS officer Amit Lodha's 2018 book, Bihar Diaries: The True Story of How Bihar's Most Dangerous Criminal Was Caught and will star Laila Majnu and Bulbbul actor Avinash Tiwary in the lead. Now we have got further details on the project that's being made for the streaming giant Netflix for its 2022 lineup.

We've learned that Bihar Diaries will also star Karan Tacker and Kritika Kamra in the lead roles alongside Avinash Tiwary. Impressed by his work as a RAW agent in Special OPS, Neeraj Pandey has roped in Karan to play the role of a scrupulous and fearless IPS officer while Avinash will be seen as Vijay Samrat, the most feared ganglord of Sekhpura — a sleepy mofussil town in Bihar— known for extortion, kidnapping, and massacre of numerous people. Kritika who has lately been busy with multiple web projects like the recently released Tandav and the forthcomings Kaun Banega Shekhawati, Hush Hush, and Dongri To Dubai will play the leading lady in this show produced by Pandey's own digital content company, Friday Storytellers. An action-thriller that captures vividly the battle of nerves between a dreaded outlaw and a young urban IPS officer, Bihar Diaries will be directed by Zee5's Rangbaaz fame Bhav Dhulia while Neeraj Pandey will serve as the showrunner. The show narrates the thrilling account of how Amit Lodha arrested Vijay Samrat — The Gabbar Singh of Shekhpura who was associated with the infamous massacre of Bihar which had taken hundreds of lives. How Lodha navigates between his many professional challenges and seizes the most dangerous criminal with his manic obsession and quick thinking and persistence to mete out justice forms the crux of the story.

Bihar Diaries, through its six episodes, also details the rise of Samrat from a small-town goon to the Veerappam of Bihar, his imprisonment, and consequent jailbreak before Lodha finally managed to put him behind bars while also giving a closure glimpse at the pressurized life of cops at the same time. The show is currently in pre-production and is expected to get off the ground in around August.