Days after the Maharashtra government permitted shootings, Ajay Devgn has given his dates for his web-series debut, Rudra — The Edge of Darkness. Peepingmoon.com has exclusively learned that Devgn will start shooting for this Disney+Hotstar series on July 21 in Mumbai. The adaptation of the hit British psychological crime drama Luther, Rudra will be shot at various iconic locations across Mumbai for the next two months. Ferrari Ki Sawaari and Ventilator fame Rajesh Mapuskar has been brought on board to direct this engaging and dark cop story, produced by Sameer Nair's Applause Entertainment in association with BBC Studios India.

We have also learned that South actress Raashii Khanna has been signed in to play a pivotal role in this series that stars Ajay Devgn as a detective investigating serious crimes while battling his own demons. While Devgn essays the role originally played by Idris Elba in Luther, Khanna will be stepping into the shoes of Ruth Wilson, and play a brilliant psychopath and murderer who, as the series progresses, becomes Devgn's both nemesis and unlikely companion. Rudra will be Khanna's second Hindi web show after Raj-DK's upcoming, in-the-production Amazon Prime series that stars Shahid Kapoor and Vijay Sethupathi in the lead. 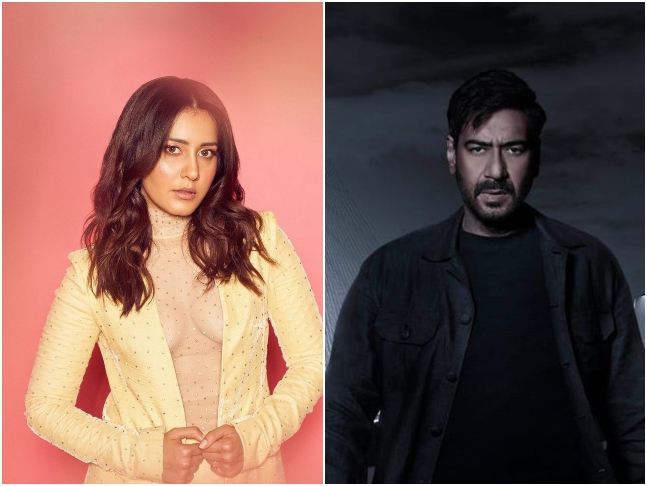 Rudra — The Edge of Darkness that marks Ajay Devgn's OTT debut is said to be Disney+Hotstar's biggest Indian show ever. It's been planned to be made at an enormous scale and will have multiple seasons with the first one playing over 8-10 episodes. The series, with a bold and genre-defining narrative and powerful characters, follows the cases of a troubled yet brilliant cop who's torn between an unrelenting approach of solving several killings and his attempts to rekindle his marriage. The Disney+Hotstar version is the second Asian adaptation of the five-season British series after the award-winning South Korean version, Less Than Evil.

Meanwhile, Ajay Devgn has also set up a timeline to finish his directorial venture Mayday. He is expected to wrap up this film by June-end before he heads to Indra Kumar's comedy Thank God early next month. The superstar will dive into the web space only after filming his portions in Thank God that also stars Sidharth Malhotra and Rakul Preet Singh. He will resume work on his much-anticipated sports drama Maidaan once he is done with Rudra.

PeepingMoon Exclusive: The Family Man 2's 'Chellam Sir' is a surprise, Uday Mahesh mustn't have imagined that 2-3 days of work would get him such superstardom- Manoj Bajpayee

PeepingMoon Exclusive: Being a maximum guy creates false expectations- Manoj Bajpayee on why he wants to remain a 'minimum guy' after The Family Man 2's success

PeepingMoon Exclusive: You're judged on films that release, if I'm not given good material, what do I do in a film?- Parineeti Chopra