Advertisement
HomeBOLLYWOODEXCLUSIVEPeepingMoon Exclusive: Ali Fazal reveals he slipped into depression after playing a suicidal role in '3 Idiots', says 'was crushed at that point'

PeepingMoon Exclusive: Ali Fazal reveals he slipped into depression after playing a suicidal role in '3 Idiots', says 'was crushed at that point'

Ali Fazal, who played a cameo role of Joy Lobo in Rajkumar Hirani's superhit film 3 Idiots, recently revealed he slipped into a depression soon after the film released. The actor, who will soon be soon in Netflix's anthology Ray's film Forget Me Not, talked about why he could not explain himself better in a small role like the one he had in 3 Idiots starring Aamir Khan, R Madhavan, and Sharman Joshi. In the film, Ali played the role of an engineering student Joy Lobo, who kills himself for not being able to complete his final year project on time. Soon after's Ali's portrayal of Joy, there were news channels that approached the actor to comment on teenage suicides in India because of college pressure. The actor was taken aback when he was asked to comment on such issues in real life.

In an exclusive interview with PeepingMoon, Ali said, "I slipped into depression when I started with ‘3 Idiots’. I played a small role in it. Do you know what happened? Suddenly they were doing some news pieces, not to sound morbid or anything but at that time, some college students had harmed themselves, and then I got a call from some news channel saying, ‘Sir, you’ve played this role and this is exactly what has happened. How do you feel about it?’ and I was crushed at that point. I was naive, I was in my second year of college. I went into depression and I told Raju sir (Rajkumar Hirani) and all these people and they said, ‘please don’t do this. Tell them to talk to the producer and don’t feel like this'. 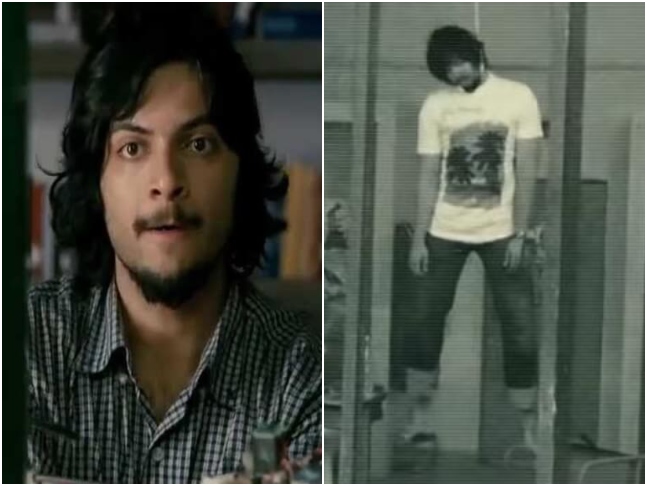 Stills of Ali Fazal from '3 Idiots'

He added, "Obviously, they were very sweet about it and I used to suddenly start associating that I couldn’t explain much in a small role. I wish and hope I get a big role so that then I can take them through the whole journey and tell you no, this is not what I meant to do. I didn’t mean to hurt anybody. Of course, it was coming from a very naive place."

On the work front, Ali will be seen in Ray, Fukrey 3, Happy Now Bhaag Jayegi and Death On The Nile.