Nupur Sanon is riding high on the success of Filhaal 2 Mohabbat co-starring Akshay Kumar. The younger sister of Kriti Sanon, Nupur is here to stay. Kriti has made a mark for herself in Bollywood whereas Nupur is just starting and is already a sensation. The Sanon sisters are giving their best in their respective spaces. But, comparisons between them are inevitable. In PeepingMoon.com's segment, Let's Talk, Nupur reacted to being compared to 'sister' Kriti.

"I’m prepared for the comparison, voh hota hi rehta hai. But honestly, my value system finds such comparisons very petty. I’m above them. Main pehle dekhungi yeh comparison kaun kar raha hai aur uski thought process kya hai. I feel bad when anyone compares 2 sisters. If Kriti is put out as my competitor just like Sara Ali Khan or Ananya Panday, I'm okay with that. We are working in the industry and it is business. But if someone takes it on a sisterly tangent, it is too petty," Nupur told. 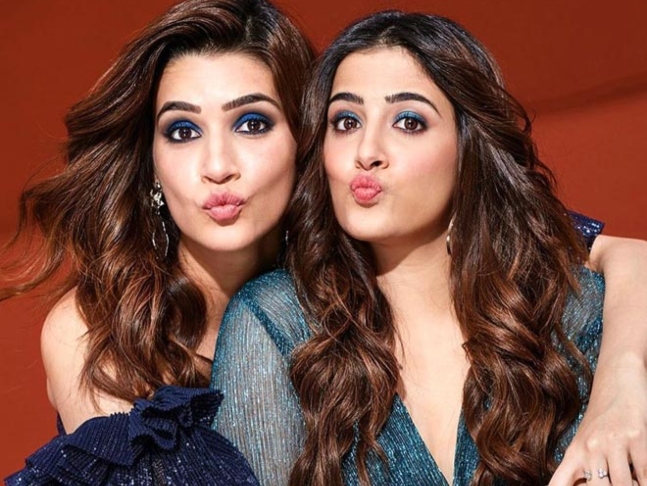 Recommended Read: PeepingMoon Exclusive: Don't want to do glam doll roles in films, I had decided if no good projects come, I'll do my MBA and get a job- Nupur Sanon on delayed Bollywood debut

Nupur further said that Kriti is protective of her and doesn't find comparisons acceptable. Showering praise on Kriti for putting in hard work for Mimi, Nupur said she is excited to watch the film.