Delivering a heartwarming film with the labour of love, emotions and humour, Kriti Sanon carried the delightful film Mimi on her shoulder. The Laxman Utekar directorial was scheduled to release on July 30, but staying true to its tagline, Nothing Like What You're Expecting, the makers released it on Jio Cinema and Netflix on Kriti's birthday eve. Mimi premiered on Monday evening at 6.30 pm and received rave reviews for its writing, humour and of course incredible performances by Kriti, Pankaj Tripathi, Sai Tamhankar, Manoj Pahwa, Supriya Pathak, Evelyn Edwards and Aidan Whytock.

As Mimi continues to win hearts, let's understand what went behind writing the film from Rohan Shankar. Rohan, who reunited with Laxman and Kriti after Luka Chuppi (2019), wrote the film with the director and also penned the dialogues. Talking to us, he took us through the writing process and spoke about the challenges he faced in the scripting stage. Mimi is based on the Marathi film Mala Aai Vhhaychay by Samruddhi Porey. Rohan shared that he took only the basic story from the critically acclaimed surrogacy drama based on a real-life incident and added new characters, situations and emotions. (Note: The interview was taken over a phone call before Mimi's release.) 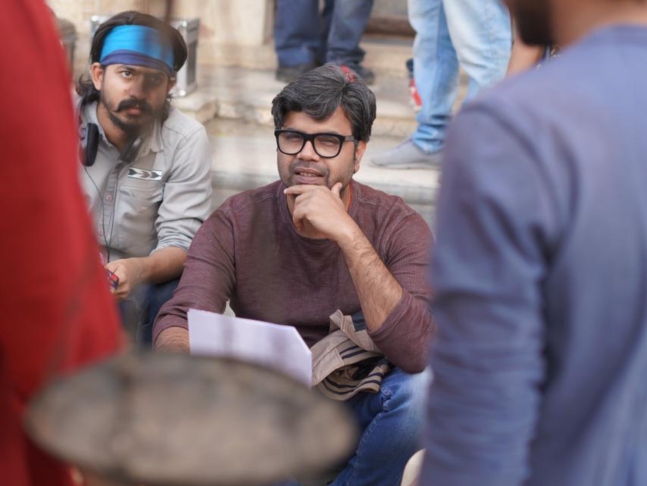 What went behind writing the script of Mimi?

Maddock Films had acquired the rights of Mala Aai Vhhaychay and appointed Laxman (Utekar) sir to direct its Hindi version. He roped me in to write Mimi. I loved the idea and when I started working on the script, I saw interesting characters and some interesting situations. Mimi revolves around surrogacy and you need to get facts about medical science right. That gave me sleepless nights. Though it was a small portion, it is important to get the facts right. In the entire process, I met gynaecologists, understood motherhood from my own mother etc. Since Mimi is set in 2013, surrogacy was relatively new in India. Though I was always ready to write the humorous parts, the sensitive portions were challenging. For me, the biggest challenge was to understand what Mimi was going through, mentally and physically during pregnancy.

It was necessary to understand the thought process of a young girl who carried a baby in her womb and how she accepted the fact that the American couple will never return to take their child. I had to be extra careful. In this entire process, Laxman sir and I learnt a lot about surrogacy. As a writer, I had to think like a woman to bring Mimi's character alive. Laxman sir and I lived the life of Mimi. Before the film went on floors, we knew about the pain a woman has to go through.

My previous films- Luka Chuppi and Suraj Pe Mangal Bhari were light-hearted comedies. However, I had to keep in mind that every character in Mimi should get equal attention and prominence. I can say Mimi is my toughest film.

Mimi and Mala Aai Vhhaychay are very different from each other...

I loved the concept of Mala Aai Vhhaychay. It released in 2011 and was made on a small budget for the Marathi audience; it was an emotional film. Mala Aai Vhhaychay was based on a real incident. Though the film had the right emotions, we wanted to make some changes in Mimi since it was made for the Hindi audience. In Mala Aai Vhhaychay, the protagonist belongs to a village and does nothing. In Mimi, we have shown the lead character as a dancer from Rajasthan. To stay true to the story, its essence and flavour, Laxman sir and I do a recce of the location. During our visit to Rajasthan, we understood that people give a lot of importance and value to their local folk dance and music. We gave that attribute to Mimi. Then, we wanted a character who supports Mimi. We added the character of a driver. During a meeting, the director, producer and I couldn’t think of anyone better than Pankaj Tripathi. We have just taken the core from Mala Aai Vhhaychay and developed a new film.

Luka Chuppi was a box-office hit but Suraj Pe Mangal Bhari didn’t perform as per expectations. Did it affect you?

Suraj Pe Mangal Bhari was the first film to release after the COVID-19 lockdown. Abhishek Sharma, the director, wanted to release the film in theatres. Unfortunately, despite promoting it well, the film didn’t perform in theatres as expected. I think people weren’t ready to go to theatres. Not only Suraj Pe Mangal Bhari, but films that were released during that phase didn't work. Only Thalapathy Vijay and Vijay Sethupathi's Master performed well.

We were confident that people will love Suraj Pe Mangal Bhari for its humour. When the film released on ZEE5, it reached a wider audience. Though the response was delayed, I’m glad people loved it. Zee and Abhishek took a brave decision and nobody was unhappy. It was necessary for someone to take that step. After Suraj Pe Mangal Bhari, films like Indoo Ki Jawani, Roohi etc released. Major production houses have to take the step forward. Yes, it is all a gamble as nobody knows how many people will turn up but to keep theatres functioning, such decisions are necessary. I am happy with the overall response Suraj Pe Mangal Bhari got on OTT.

Do you think writers are still not getting enough recognition in Bollywood?

Honestly, I have been through adverse situations and can tell that things are far better now. Luka Chuppi was my first Hindi film as a writer, people loved my work and I was offered good projects. That film got me respect and recognition for my work. Directors want to work with me. Due to the digital boom, writers have enough work. 10 years ago, I wanted to write but there weren’t good projects. People didn’t want unconventional stories. I would take scripts to different production houses, but nobody paid attention. The industry had no place for films like Luka Chuppi, Badhaai Ho etc. It was impossible for me to reach out to those who wanted unconventional stories. I started doing odd jobs for a living. Films like Pink, Vicky Donor, Bareilly Ki Barfi, Dum Laga Ke Haisha brought in the much-needed change. They did exceptionally well at the box office and were different from typical Bollywood formula films. When such films work, you know what society accepts. Yes, the situation for writers has definitely improved, but I feel they deserve credit on the poster.

I feel writers shouldn't compromise in terms of payment. It is necessary that we start talking about them. Not many people, especially the audience, know about writers the way they know about directors and actors. In the last 2 years, I have noticed that people are giving credit to writers in reviews. I feel actors and media should promote them. We need to encourage new writers. They are the ones who will bring new stories, concepts and narratives. People talk about music and dance, writing is equally important and needs to be discussed.