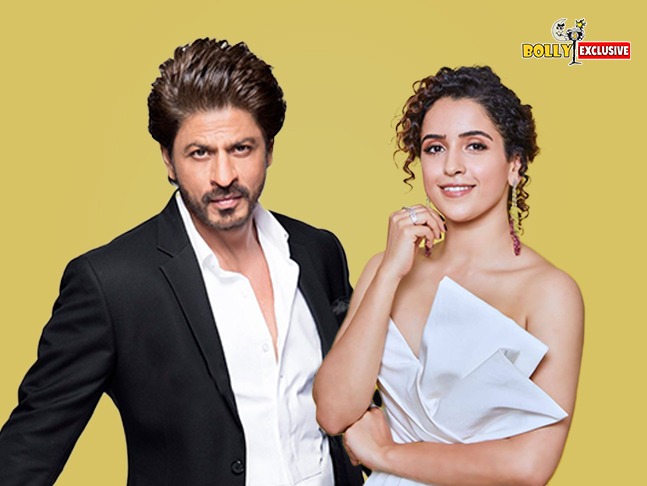 Even though Shah Rukh Khan is busy shooting for Siddharth Anand's Pathan that brings him back to the movies after three years hiatus, the fans have been asking about his follow-up film that he will head to right after completing the YRF spy thriller. So let us first clear it for you all — Shah Rukh Khan will shoot for South filmmaker Atlee Kumar's commercial entertainer after completing Pathan. The SRK-Atlee collaboration that's been in the news for close to two years now is finally set to hit the floors in the coming months and will be made on a grand cinematic scale with the budget believed to be close to 200 crores.

Peepingmoon.com has learned that SRK and Atlee's film will have a larger ensemble cast. The yet-untitled out-and-out masala potboiler will be a Pan-India film in a true sense with top actors from Bollywood as well as the South film industry coming on board to play pivotal parts in this film. The lady superstar Nayanthara has been finalized to play the leading lady and will be seen romancing Shah Rukh in what will be her debut Bollywood feature film. Furthermore, Dangal girl Sanya Malhotra has also been roped in to join the ensemble team. The actress who's already doing Love Hostel for SRK's banner will play one of the principal characters in this Atlee directorial. She is signed and locked for the film and is very excited to share screen space with the Bollywood Baadshah who's set to begin his career's new phase with some global-standard, big-scale, content-driven movies.

RECOMMENDED READ: Nayanthara to make her Bollywood debut opposite Shah Rukh Khan in Atlee’s next directorial?

Shah Rukh Khan's film with Atlee has been hugely anticipated ever since the news of their collaboration emerged in media. The Tamil director has delivered three box office blockbusters with Thalapathy Vijay down South and fans are hopeful that he would recreate the same magic with SRK's film as well. The film's pre-production work is already going on in full swing and we heard the principal photography will officially kick off by the end of October in Mumbai. The exact shooting timelines for the film are expected to be locked in a week.

Shah Rukh's film with Rajkumar Hirani, meanwhile, has been postponed to the next year. The 3 Idiots director is said to be still working on the script and simultaneously is also doing recce in India. Taapsee Pannu is believed to be the frontrunner for the female lady's part, however, she hasn't signed the film yet. A social dramedy about immigration, the film is supposed to be shot in Canada!