Advertisement
HomeBOLLYWOODEXCLUSIVEPeepingMoon Exclusive: Predicted 2021 to be game-changer for Sidharth Malhotra, I was confident about Shershaah's success- Bollywood astrologer Balu Munnangi

PeepingMoon Exclusive: Predicted 2021 to be game-changer for Sidharth Malhotra, I was confident about Shershaah's success- Bollywood astrologer Balu Munnangi

Bollywood is known to have a bunch of superstitious people. Right from filmmakers to actors, B-Town members seek help to make their projects a hit. Be it changing the spellings of films or releasing them on their lucky dates, celebrities head to astrologers for their guidance. Now, Bollywood has found its new favourite and trustworthy astrologer- Balu Munnangi. Based in Hyderabad, Mr Munnangi is the advisor to Karan Johar, Ajay Devgn, Sanjay Dutt and many A-listers. Did you know he was the one who changed the spelling of Ajay's Tanaji to Tanhaji?

Mr Munnangi is the current go-to astrologer, thanks to the success of the films he is associated with. His recent collaboration was with Vishnu Varadhan and Karan for Shershaah. As Mr Munnangi is currently working with top celebrities on big-budget films like Adipurush, PeepingMoon.com got in touch with him for a chat on films and astrology. During the conversation, he opened up about building contacts in Bollywood through Vishnu and Ajay, who are his core clients. Mr Munnangi further added that he had predicted 2021 to be a game-changing year for Sidharth Malhotra. 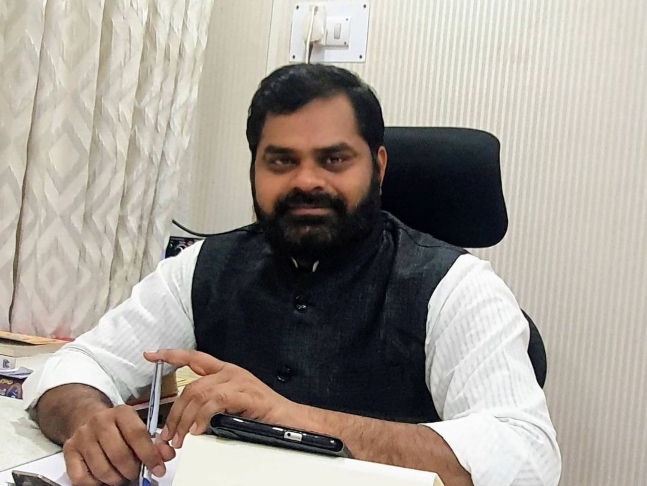 You are a Hyderabad-based astrologer and palmist. How did you build contacts in Bollywood?

I have been doing research in astrology, palmistry and numerology since 1998. This is the 23rd year. I have developed my own way to predict the future accurately. I met the director of Shershaah-Vishnu Varadhan at a time when his films weren’t working well. I told him that his career is going to change through Hindi cinema and won’t be doing regional films anymore. I had predicted that the change will come in 4-5 years and it did come true. His film Shershaah became a huge hit on the OTT.

He introduced me to writer Sandeep Shrivastava. At that time, he was working with Ajay Devgn on Shivaay. They had come to Hyderabad once and that’s when I got introduced to Ajay. We have been working together since then. Ajay and I share a great relationship, personally and professionally since 2016. He started following my subjects and suggestions. His career saw an upward growth. All his films are blockbusters. Through Ajay, I got introduced to many people. Vishnu introduced me to Azeem Dayani and also told Karan Johar about me. We started working together and now, I have become an advisor to Karan, Dharma Productions and Ajay. Ajay introduced me to Sanjay Dutt when he was suffering from cancer. I used to call Sanjay ‘mama’. He did so many things, including changing some numbers. After that, he got completely cured.

Two years ago, Vishnu introduced me to Sidharth Malhotra and I had told him that 2021 will be a game-changing year for him and my prediction came true. Now, Sidharth is also following my advice and changing certain numbers. Majorly, I got clients in Mumbai because of Ajay; he is a core follower of my subject.

How have you been guiding your clients? Is it by changing spellings or giving advice based on their horoscope?

Changing spellings is just 1%, the main thing is how much they are destined during a particular period. I have my own method of dealing with numbers. Destiny can be read through your horoscope and your palm. To construct the future, destiny uses numbers as its magical instrument, just like how we use bricks to construct a house. If you are fortunately destined, you will be able to do your important things by yourself through lucky numbers on lucky days. Some people, who are unfortunately destined, will start their important things through unlucky numbers on unlucky days.

Around 200 years ago, it was not known how food gets divided into protein, carbohydrates and fats. But some person did discover that. If you get to know about your body, you’ll be able to decide how much protein, carbohydrates and fats are required for perfect health. This is similar to astrology. Some people have lucky numbers and some are unlucky. Destiny uses these numbers. I developed my own formula to identify good days and times as well as bad days and times of an individual. Just like a proper dietary plan, if people follow numbers, they’ll experience good times.

You were associated with Shershaah. Were you confident that the film will perform well?

Yes. I was the person who decided the mahurat time. In fact, I also decided on the date of the first day of the shoot, the agreement signing date etc. On my advice, the spelling of the film was finalised.

In fact, Ajay asked me to give the first clap to Tanhaji and I changed the film’s spelling and added an 'h' to Tanaji. I decided on the mahurat and release date too.

You are associated with Adipurush too. What is your prediction about the film?

After the success of Tanhaji, Om Raut approached me for Adipurush too. It was his directorial debut in Hindi and became a blockbuster. His stars are strong and Adipurush is going to be a blockbuster.