Shah Rukh Khan's son Aryan's arrest in a drug probe by the NCB might have deeply disturbed him but he's making sure it doesn't affect the livelihoods of others dependent on his business while he faces the crisis head-on. Although the work is not the priority for the superstar at this moment, he has asked his production company Red Chillies Entertainment's team to continue with their production work. Atlee Kumar's action entertainer is being shot as scheduled with SRK's body double filling in for him. And then there's pre-production going on for a yet-unannounced thriller film, and today we've come up with the details of that project.

Peepingmoon.com has exclusively learned that Red Chillies Entertainment is currently prepping to take on floors an investigative crime-thriller, titled Bhakshak. The film stars Bhumi Pednekar in the lead role of a journalist who tries to uncover a horrific scam prevalent in Bihar. Pulkit who has earlier helmed Alt Balaji's Rajkummar Rao-led Bose: Dead or Alive series will direct this real-life-based story. The director who's also written the script himself has been working on this project for almost two years now and has planned to kick off the shooting in January next year. 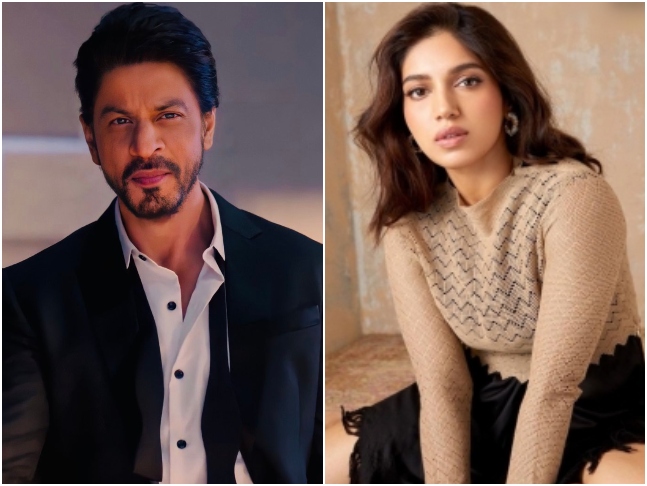 Bhakshak is said to be based on the 2018's Muzaffarpur shelter home case where dozens of vulnerable girls residing in the shelter were reported to be abused, raped, and tortured. 34 of the 42 housed inmates aged between seven and seventeen were found undergoing sexual and physical assault for months. The horrific details of the case prompted outrage and nationwide protests after which the CBI took over the investigation. In January 2020, the Delhi High Court sentenced the prime accused Brajesh Thakur to rigorous life imprisonment.

This film is the same project that was earlier happening with Arjun Kapoor leading the cast. It was previously supposed to go on floors in March 2020 but was indefinitely postponed after the COVID-19 pandemic hit the nation putting everything on standstill. Arjun, we heard, backed out of the film last year itself to accommodate his dates for his other films. The makers are believed to have altered the gender of the lead cast and are now making it as a heroine-led thriller drama.

Meanwhile, Bhumi Pednekar is currently shooting for the final leg of Aanand L Rai's Raksha Bandhan in Delhi. The Akshay Kumar starrer is expected to be wrapped up by October 15 after which she will start Ali Abbas Zafar's film with Shahid Kapoor in Mumbai. Prior to this, the actress had finished Shashank Khaitan's yet-untitled commercial entertainer that sees her alongside Vicky Kaushal and Kiara Advani. On the release front, Bhumi will next be seen in Jungle Picture's Badhaai Do co-starring Rajkummar Rao.