Advertisement
HomeBOLLYWOODEXCLUSIVEPeepingMoon Exclusive: Only a few actresses are blessed with the opportunity to grow in the South film industry - Jyotika on her 50th film Udanpirappe

PeepingMoon Exclusive: Only a few actresses are blessed with the opportunity to grow in the South film industry - Jyotika on her 50th film Udanpirappe

People residing in the Southern region of India are known to worship their on-screen idols. The fans of Tamil cinema are gearing up for a festival that is ace actress Jyotika's 50th film. Titled Udanpirappe, the film directed by Era Saravanan also stars M. Sasikumar, Samuthirakani, Soori, Kalaiyarasan, Nivedhithaa Sathish and Sija Rose. It is a village family drama that revolves around the relationship between two siblings, Vairavan (Sasikumar) and Mathangi (Jyotika). Udanpirappe is Jyotika's first festival release in her career spanning over 2 decades. The film will release on Amazon Prime Video on October 14. Udanpirappe is releasing as Raktha Sambandham in Telugu simultaneously.

As Jyotika's 50th film is around the corner, the actress celebrated the milestone with the media. During a roundtable conference, the ace actress opened up about why Udanpirappe is a special film for her. She further said that her husband actor Suriya's family members, especially women, have been inspiring her. Furthermore, when PeepingMoon asked her whether it is the best time for an actress to grow, majorly down South, pat came the reply, "Any time is the best time to grow as an actress. I believe very few of us get the opportunity to grow in the industry from the age of 16-17 to 45-50-55, unlike how the men grow. Any time, growth should be a constant factor. Only a few women are blessed with that opportunity. Growth at any time is a big welcome, especially for women in the industry." 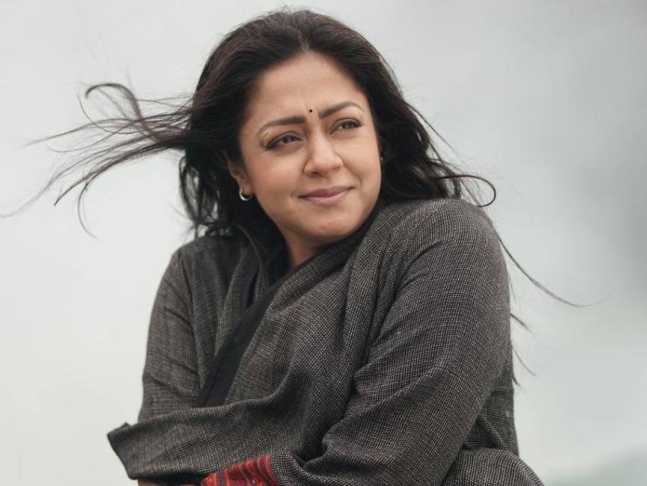 Of late, Bollywood filmmakers are shifting their focus towards remaking popular South films in Hindi. Reacting to the accusation that Hindi filmmakers are unable to come up with creative stories while South is way ahead, Jyotika told PeepingMoon, "I think both are making brilliant films. Remaking films has been a constant for many years, it is not a new thing. Both are growing beautifully in their own way."