Advertisement
HomeBOLLYWOODEXCLUSIVEPeepingMoon Exclusive: I was always worried and scared whether I was performing it well or not - Supriya Pathak on her role in Sony LIV's 'Tabbar'

Supriya Pathak has impressed one and all with some of the unique characters that she has played in her 40-year-long career. Be it playing Hansa Ben in Khichdi on TV or making her web debut as a family mafia in Cartel, the actress has always been a part of relevant cinema. Now, the veteran actress is seen in Sony LIV's family drama Tabbar. The show, which premiered this weekend, charts the journey of a retired police constable who pushes the boundaries to save his family from the consequences of an unfortunate incident. With an ensemble stellar cast comprising actors like Pavan Malhotra, Supriya, Gagan Arora, Paramvir Cheema, Kanwaljit Singh, and Ranvir Shorey, Tabbar promises a memorable thriller in the heart of rural Punjab.

Supriya recently sat down for an exclusive chat with PeepingMoon talking about her challenging role, venture into the webspace, getting meaty parts to play, and the versatile scripts she has been a part of. Recommended Read: Nothing else matters when it comes to Pavan Malhotra & Supriya Pathak's 'Tabbar' in the show's intriguing trailer, Ranvir Shorey makes a brief appearance

What prompted you to do Tabbar?

I love the storyline very much. I think it is a great story, well revealed, interesting and thrilling. It is something I haven’t done before, so I was really excited about it. Herman and Sandeep have written it. I really thought they have done a very good job. And then of course the first meeting with the director was amazing. I mean, I really enjoyed it. We both seemed to be on the same page with Sargun's character and I thought it'd be great fun working with him. We connected for the show on a zoom call and was a great working space to be in. So that's how I decided to do this. And the role was very interesting. As I said, the story itself really attracted me.

Was your role of a worried mother emotionally challenging?

Yes. I think it is a very intense role. I mean, some roles have more humor and things under that genre. So maybe I wouldn't say that is easy, but slightly not so on a stressed out level. But I think, this role especially was a very intense role for me. Given the layers to the character, I was always worried and scared whether I was performing it well or not. What can the audiences expect from Tabbar?

I think it's a great and interesting story. I haven't seen the entire show myself, so I'm not going to be able to really comment on what message it eventually gives, but I definitely do feel that it's a very watchable show and will be liked by everyone. That is in fact the biggest USP of the show that it can be watched by a lot of different kinds of people and liked by the elite as well as the normal view watcher. And the only thing I say is please on 15th of October, watch Tabbar on SonyLIV..

Tabbar is releasing along with Sardar Udham Singh & Rashmi Rocket. Do you think it will affect the viewership of your show?

Tabbar is coming on such a popular platform like SonyLIV and I personally feel because it is releasing on OTT, doesn't mean everyone has to see it on release day. Unlike theatre, it is not the case where you are going to have a house full or have to buy a ticket. One can watch it as per their convenience. So in that sense, it doesn't matter which film is coming when or where is it releasing. If the content is nice, people are going to watch it In their own space. So I don't, I don't think that really matters. Word of mouth also works on OTT, where if I like something I watched, then I'll immediately call up my friends and say, please see it. That's what I do. So it's not really, timebound like that. If somebody likes it and it's talked about that means it's popular. That's how I think is a pro about OTT platforms. 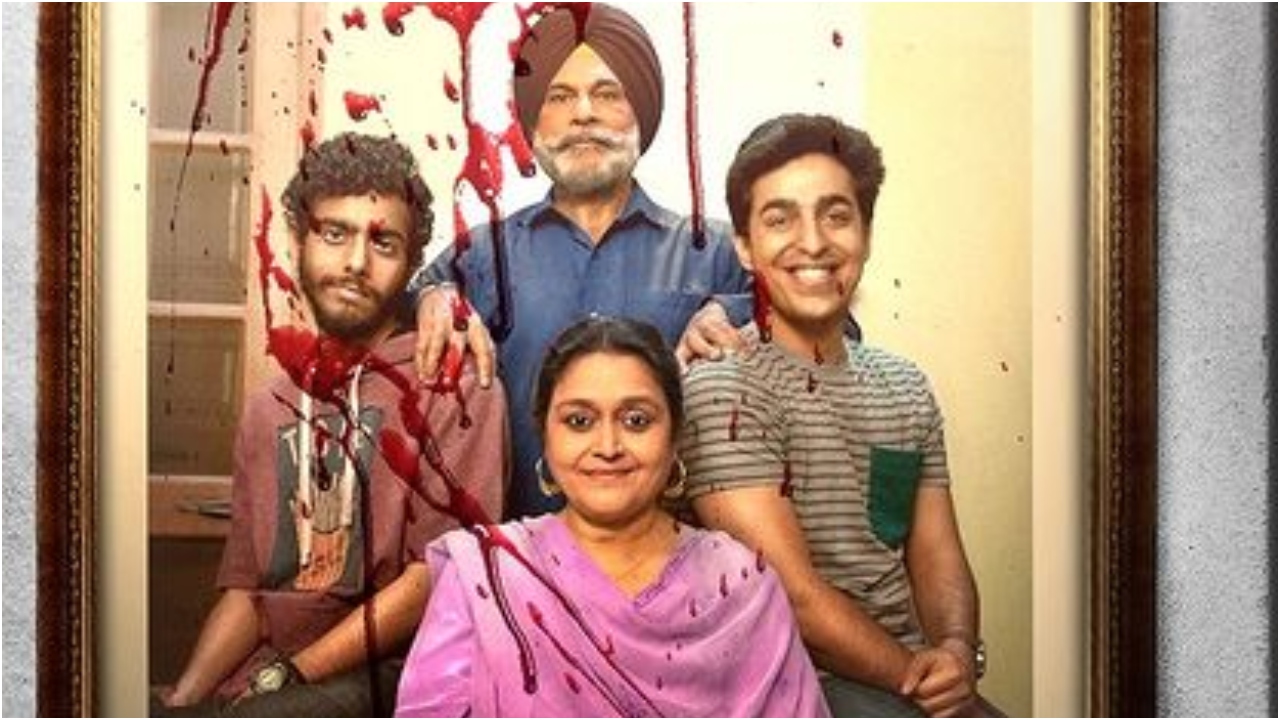 Today, every talented actor - no matter the age or experience - gets meaty parts to play. How do you see the shift from masala to meaningful cinema as?

I think basically the shift is happening with the audience's mindset because the audience is seeing so much of global work and is exposed to so much content. Because of OTT, the audience is also huge. I personally like to watch a lot of global content from Turkey, which I think I wouldn’t if it was not available on OTT. And because of that, my expectations from my own country's work also becomes higher. I want to see more different kinds of work, different kinds of stories. So in that sense,  people are getting more interested in watching different kinds of stuff. And therefore we, as makers, as creative people need to give our audience that. Therefore as creators and filmmakers, we need to push ourselves, create more and better content. It is also the audience's perception, which really makes a lot of difference in what they want.

You have several versatile roles in your kitty, how do you select those?

Yeah. I've always believed OTT is a great, great medium that the Lord has actually blessed us with. I love all my roles and I have enjoyed doing almost all the work that I've done, except maybe a few, which I don't want to name, apart from that I really enjoyed working.  I'm very happy with the kind of work I've done and the kind of opportunities I've been given. I thank my master and my Lord every day and I love my audience and I'm so, so, so thankful to them that they like me.