Advertisement
HomeBOLLYWOODEXCLUSIVEPeepingMoon Exclusive: Prabhas is very tall so for the first time, I was like oh, I have to look up to someone - Kriti Sanon on her 'Adipurush' co-star

PeepingMoon Exclusive: Prabhas is very tall so for the first time, I was like oh, I have to look up to someone - Kriti Sanon on her 'Adipurush' co-star 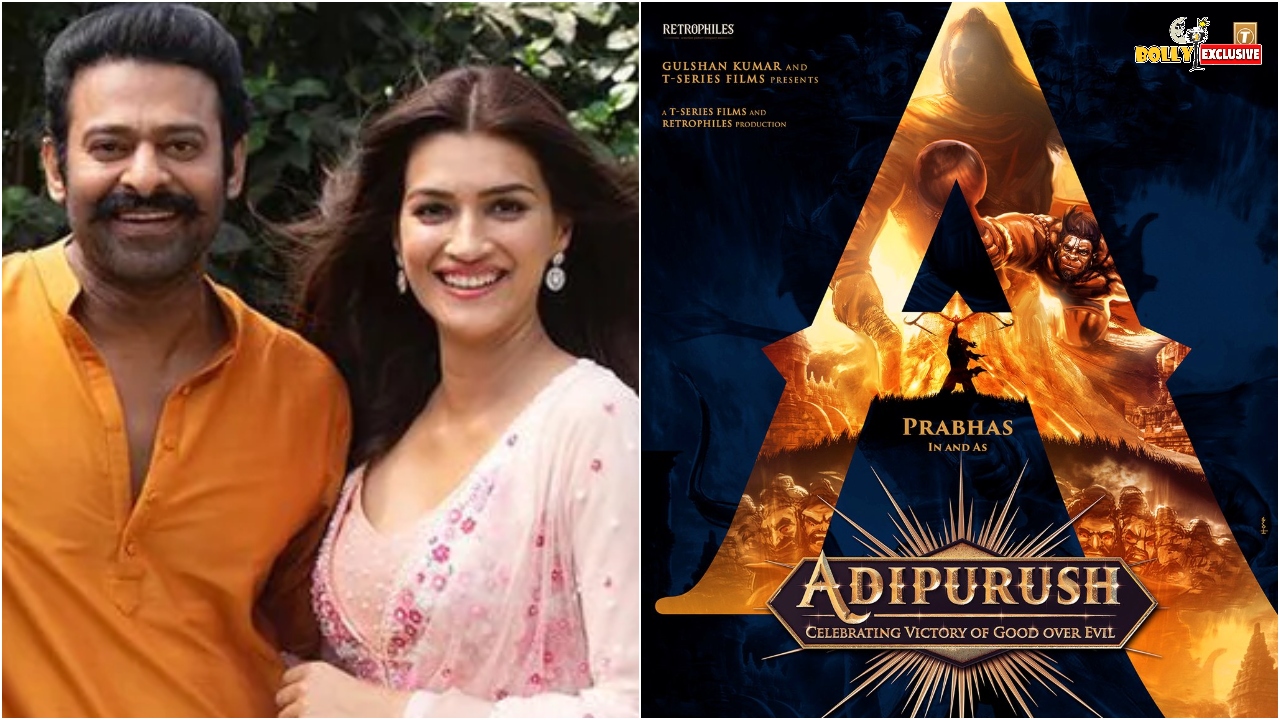 Kriti Sanon is currently busy promoting her upcoming film Hum Do Humare Do with Rajkummar Rao, The actress, who recently gave a hit film Mimi, has a pretty good lineup of films including Bhediya, Adipurush, Bachchan Pandey, and Ganpath. While all her upcoming films have something unique to offer, it is her film with Prabhas and Saif Ali Khan - Adipurush, that has got the fans all excited.

In an exclusive interview with PeepingMoon, talking about why Adipurush is super special to her, Kriti started off by saying, "Adipurush is magical, that world I am getting to learn a lot in it. The first film of mine that's completely bluescreen. I think that's going to be the future of cinema. I am so used to having the ambience and I use the ambience a lot. And here you have to imagine what's it gonna be and how it's gonna look. It's only and only clear in Om Raut's head and nobody's head. On the first day I came on set and he's like there there's a valley and then there's a waterfall and a cave and I was like where. It's a lot to do with your imagination."

Recommended Read: Adipurush will change the landscape of filmmaking; fans won't be able to recognise me in Bhediya: Kriti Sanon

When asked about the excitement around her pairing with India's one of the most loved actors - Prabhas, Kriti said, "Ya, I think and he is pretty tall and for me, it was very surprising. He is very very tall. For the first time, I was like 'Oh, I have to look up to someone'. He suits the part so well and he is a very very grounded, chilled out and easy person. Even Saif, I have had so much fun shooting with him. His sense of humour is amazing and to face it first-hand on set is something else. And the character that he is playing is completely away from what he is in real life. It's just written really well. And it's going to be very very special film."

Inspired by the tales of Ramayan, Adipurush features a different take on the tale. An ensemble cast of Prabhas, Kriti, Saif Ali Khan and Sunny Singh are all part of the picture and Kriti is all set to play the role of Sita in the film. The film is directed by Om Raut and produced by T-Series Films and Retrophiles.

PeepingMoon Exclusive: Talks are on for a few films & web projects, yet to sign anything-Dheeraj Dhoopar