Nikitin Dheer made a fine impression as Mukhtar Ansari in Rohit Shetty and Akshay Kumar's Diwali release Sooryavanshi. He played the role of a prominent member of a sleeper cell in the actioner and won hearts with his earnest performance. Now, as Sooryavanshi has set the box office ringing after a dull spell, PeepingMoon.com spoke to Nikitin about the successful run of the film and why waiting for almost 19 months proved fruitful.

In the exclusive conversation, Nikitin opened up about Sooryavanshi paving the way for the theatrical release of big-budget films. He further revealed the reason behind signing the role of Mukhtar Ansari, a character who had multiple layers. Nikitin recently announced his actress-wife Kratika Sengar's pregnancy as he gears up for his upcoming film Antim: The Final Truth's release. 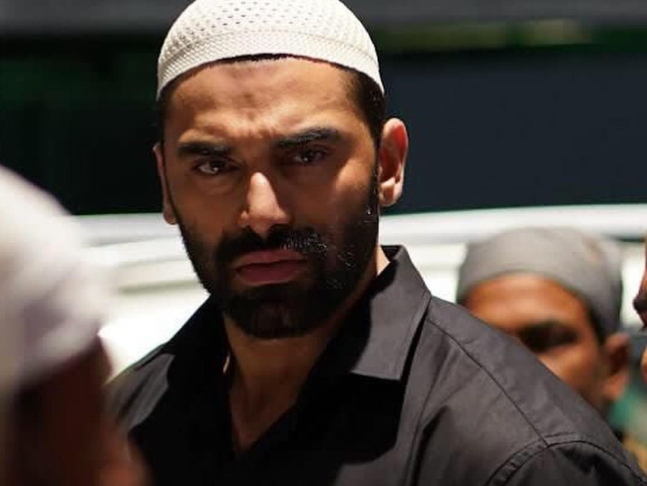 Sooryavanshi is setting new records. Were you expecting such a phenomenal response?

At some level, we were confident about Sooryavanshi. That's why the team decided to wait for almost 19 months. We are happy that people have come forward during the pandemic to watch the film. Now, things are looking better for the industry and there are films coming up in theatres. Sooryavanshi was a great film to kickstart. It has shut the mouths of those sceptics who said theatres are dead. At the end of the day, theatres are a huge form of entertainment for the masses.

Waiting for Sooryavanshi’s release for almost 2 years was worth the wait, wasn’t it?

It was absolutely worth the wait.

What prompted you to say yes to the role of Mukhtar Ansari?

It was a big thing for me that Rohit (Shetty, director) bhai thought I could be a part of his universe. When I got a call from his team, I didn't even want to know what the role was as I had confidence in him. He and his team are my family. The fact that they wanted me to do something of this importance in the film was news for me.

Also, Mukhtar Ansari is a character I have never done in the past. The character has multiple layers making him more humane. He is not an over-the-top person and I feel this trait of his connected with the audience.

After the release of Sooryavanshi, there is a debate going on around 'Good Muslim Bad Muslim'. What’s your take on this?

Yaha har ek cheezon par experts baithe hue hai. Sooryavanshi was a story that was told in a particular way. The makers have been honest about it. Baaki taane marne wale 10 log hai.

Your previous release Shershaah got rave reviews. Now, with Sooryavanshi, you have another hit to your kitty. Are you hopeful that meatier roles and better opportunities will be offered to you?

That is the hope every actor has. By the grace of God, I have had maximum back-to-back 100 crore films and it is a great feeling. I’m having Antim: The Final Truth coming up on November 26, so hoping that it works too. For an actor or actress, it keeps getting better if they receive praise for the roles they play.

Antim: The Final Truth was reportedly getting an OTT release, but now, it's releasing in theatres...

I’m not aware of whether Antim: The Final Truth was getting an OTT release, I just know that theatres opening is itself a very good sign. When you have someone like Salman Khan, I think theatres are the right place to release them. It is a logical step as he is one of those actors who can draw the masses to theatres.

You’ll be embracing fatherhood in 2022. How is the feeling?

The feeling is great but currently, I’m keeping low-key about that. As a family, we are feeling blessed to enter a new chapter in life. Right now, I am focusing on wrapping up my work and balancing my family life as well.

After the arrival of the child, will you be taking a paternity break?