Salman Khan launched Aditya Pancholi and Zarina Wahab's son Sooraj Pancholi with his 2015 production, Hero. The Nikkhil Advani directorial, despite a heavy promotional campaign, failed to click at the box office. Since then, Sooraj has worked on two more films — Irfan Kamal's Satellite Shankar, and Stanley D'Costa's Time To Dance — however, both of them were declared flops at the ticket windows. The actor had announced a biopic of legendary Indian boxer Hawa Singh in February but that also doesn't seem to be happening anymore. With Sooraj's career going nowhere, Salman has again come to his rescue.

Peepingmoon.com has learned that Salman Khan will present Sooraj Pancholi's next film. The star-kid has apparently signed the Hindi remake of the upcoming Telugu film Gurthunda Seethakalam and Salman will present it under his banner, Salman Khan Films. The romantic drama starring Satyadev Kancharana and Tamannaah Bhatia is set for the Hindi remake even before it releases in theatres in February 2022. The Hindi version has tentatively been titled Baarish and will see Sooraj romancing three heroines. Salman's favourite Jacqueline Fernandez is said to be the frontrunner to play a leading actress, however, she hasn't signed the film yet. 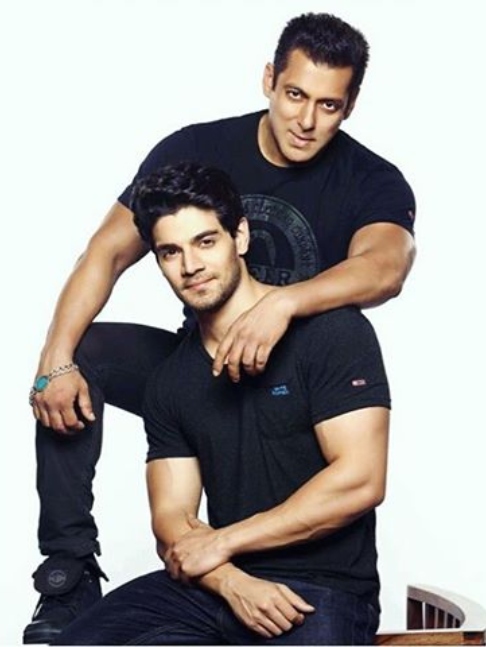 Gurthunda Seethakalam director Nagashekhar will helm the Hindi remake as well. He has already started adapting the script for Hindi audiences and will begin shooting around April-May 2022. Interestingly, the Telugu film is itself the remake of the 2020 Kannada film, Love Mocktail. The film is a light-hearted rom-com set against an urban backdrop that follows a middle-aged software employee who endures several heartbreaks in his quest to find his true love.

Salman Khan has lately been churning out multiple projects for his production banner. Salman Khan Films has at least six projects at the various stages of development, most of them getting off the ground in 2022. Salman is launching his niece Alizeh Agnihotri with a romantic film directed by Netflix's Jamtara: Sabka Number Aayega fame Soumendra Padhi. He's also co-producing the highly-anticipated Angry Young Men — a documentary on the formidable writer duo Salim-Javed — along with Farhan Akhtar and Zoya Akhtar. His previously announced production venture Bulbul Marriage Hall starring Pulkit Samrat, Kriti Kharbanda, Sunil Grover, and Daisy Shah is also expected to release in cinemas next year. Besides all this, Salman will also be a producer on his forthcoming films such as Kabhi Eid Kabhi Diwali, No Entry 2, and Black Tiger.