Pratik Gandhi is living his dream! After the success of Scam 1992: The Harshad Mehta Story that made him an overnight star, the Gujarati actor has signed as many as six projects. And the number is just growing bigger with time as he keeps signing new projects — all in the lead role. We recently revealed that Pratik will star alongside Divyendu Sharma in Kunal Kemmu's directorial debut for Excel Entertainment, and now it's time to unveil one more project he has recently signed.

Peepingmoon.com has exclusively learned that Pratik is now doing a big-scale web series for the streaming giant Netflix. The show has been titled For Your Eyes Only and will see Gandhi playing the role of an intelligence officer. "Bombay Fables Motion Pictures is producing this espionage drama series that will be shot on a large scale across India and overseas. It's a multi-starrer thrilling drama with Gandhi playing the main protagonist while the rest of the cast is still being finalized. Written and created by Gaurav Shukla and Bhavesh Mandalia, the show will go on floors around June- July 2022," a source close to the development told us adding that the makers are yet to lock a director for this Netflix series. 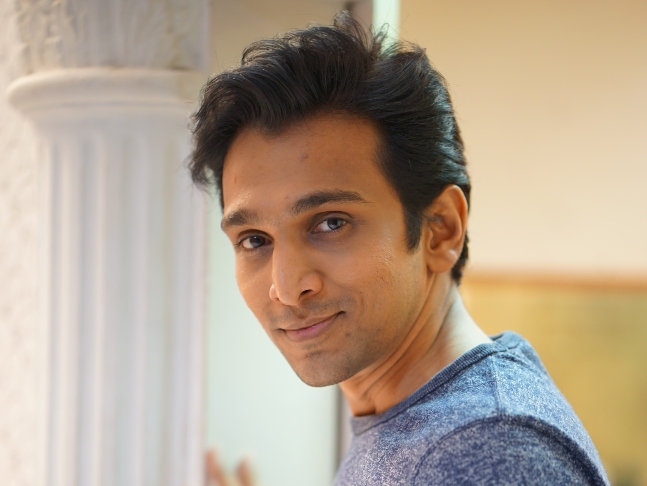 Bombay Fables Motion Pictures, founded by Sejal Shah, Bhavesh Mandalia, and Gaurav Shukla, is a writer's company that produces films and web series as a boutique production house. A home for creators telling great stories with passion, integrity, and style, the company has previously produced two critically acclaimed projects Serious Men and Decoupled for Netflix, and the Pratik Gandhi show will mark their third collaboration with the streaming service. Bombay Fables is also developing two feature films based on the lives of a customs officer and a famous public prosecutor respectively.

For Your Eyes Only will be Pratik's third Hindi web series after his career-defining Scam 1992, and the forthcoming Disney+Hotstar series directed by Tigmanshu Dhulia. As we revealed earlier, Gandhi has four films lined up to release this year which include Lovers with Vidya Balan, Woh Ladki Hai Kahaan with Taapsee Pannu, Dedh Bigha Zameen with Khushali Kumar, and Atithi Bhooto Bhava with Sharmin Segal. Gandhi will shoot for the Netflix series after completing the second season of Six Suspects, and will then head to Kunal Kemmu's directorial venture later this year.

PeepingMoon Exclusive: Took 12 years to make Meghdoot - The Cloud Messenger, kept my focus straight to not get lost in the industry - Filmmaker Rahat Mahajan

PeepingMoon Exclusive: Would love to meet Tejasswi Prakash, spend time with her before taking any decision- Karan Kundrra's parents on TejRan