Though Karan Kundrra didn't win the Bigg Boss 15 trophy, he definitely won the hearts of millions who watched him day in and out. The actor secured a position in the Top 3 with Tejasswi Prakash and Pratik Sehajpal but got voted out. After ending his journey as the second runner-up, Karan rooted for his ladylove Tejasswi's win.

In an exclusive interview with PeepingMoon, Karan spoke about coming close to the trophy which was not only his dream but his desire. He further spoke about his journey on the show, facing criticism, Shamita Shetty's fight with Tejasswi over the latter's aunty remark and whether self-doubt ever consumed him.

Recommended Read: PeepingMoon Exclusive: Tejasswi Prakash knew I was upset, she came home at 6 am after Bigg Boss 15 finale instead of celebrating her win- Karan Kundrra

The trophy was just a few steps away from you. Are you disappointed that it didn’t come to you?

It has actually come to me. I had the feeling that Tejasswi and I will be in the Top 3 and it was not just a dream but a desire. Unfortunately, one person had to be voted out and it was me. After that, my entire focus was on Tejasswi. I wanted either of us to take the trophy. Tejasswi and I were very clear about it. Mera ek dream tha- Salman bhai ke ek taraf main, aur ek taraf Tejasswi, voh pura nahi hua. I believe Tejasswi deserved the trophy. At the end of the day, it is a game show. Important yeh hai ki trophy ghar aayi hai and I am happy that she picked it up.

In a tweet, you mentioned that you lost faith in a lot of things. What’s the context behind it?

When you participate in a game show of this nature, you are clueless as you have to stay with unknown people. All you can do is be real and let the audience decide the rest. With the audience's love and support, when you survive in the house, you get a lot of confidence. Instead of staying in the house for 5-6, you end up in Top 3, ek faith jaagta hai aur lagta hai ki aap accha hi kar rahe ho. Towards the end of the show, the kind of response I got from the audience, I hoped for the best. I told myself to stop self-doubting. The hope crashed when I got voted out. I was honestly disappointed. Mera sapna tha Salman bhai ke saath stage pe khade hone ka winning moment pe, voh nahi pura hua. Tejasswi jeete ya main, journey toh humari ekatthi huyi thi. My hopes were destroyed for a few hours and I felt maybe I didn't do well. Hope bhi vahi jaagi aur toote bhi vahi pe. Main sab vahi chod ke aa gaya.

During your stay in Bigg Boss 15, did self-doubt ever consume you?

We had no idea whether we did the right thing or went wrong. We were just being ourselves. Whenever Salman bhai would raise an alarm, I listened to him carefully. He always said that it was the audience's point of view and not his. As a mentor, he would always be there to guide us. Like everyone else, I am a human too and tend to behave in a certain way. Be it my friendships, fights or relationships, whenever I went wrong, I would often correct it. 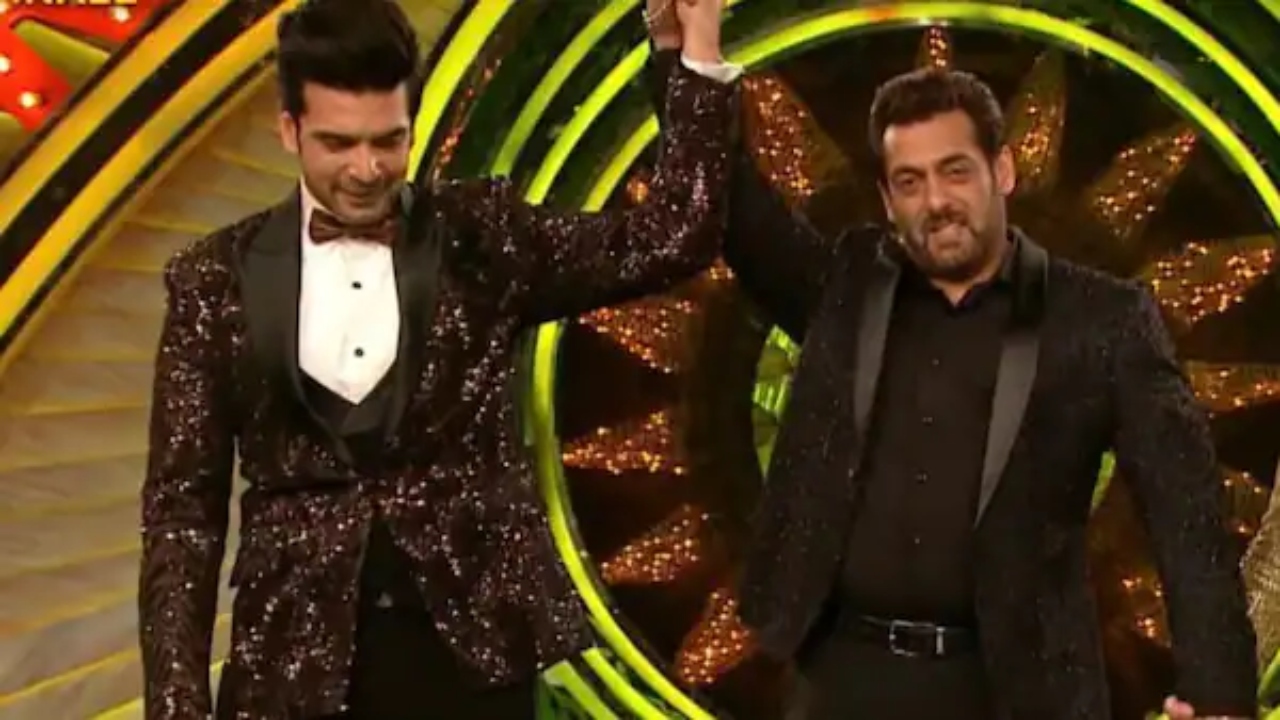 Do you feel your journey got affected because you were expected to support your co-contestants and play for them?

I don't think so. Everyone was asked to play for themselves but I was told to be responsible for other housemates too. I was told to be there for Shamita because we were cordial, play for Pratik because I was his mentor in the past. Be there with Nishant (Bhat) as we are friends and support Tejasswi because she is my girlfriend. I got confused. Mujhe nahi samajh aaya why they told only me to play for others. To make way for my friends, maine tasks radd karwaye aur Top 5 ke liye path clear rakha. I took it as a compliment.

You were dragged into Shamita and Tejasswi’s fight over that aunty remark. Do you feel the whole incident was blown out of proportion?

A few days after the show went on air, a similar incident had happened and I, unintentionally, called Shamita 'aunty'. Neha Bhasin entered the house and told me about that and that's when Shamita and I got to know about it. Though I never said that to age-shame her, I immediately apologised to her. In the same sense, when I was taking Tejasswi to the garden area, she used the term aunty for Shamita unintentionally. Usne aise hi flow mein bol diya. Kayi baar hum bolte hai na, 'O uncle', 'Arey aunty', uska bhi vaise hi tha. After that incident, I kept telling Shamita that I know my girlfriend and she will never age-shame anyone. I schooled Tejasswi, made her sit down and asked her to apologise to Shamita. For almost 15 minutes, she stood outside the bathroom and apologised. Voh emotional ho gayi thi aur genuinely apologise kar rahi thi.  All these things happen, but this particular thing was blown out of proportion. It was a stressful time for all and even Shamita. Her reaction was natural and she has the right to do so. Tejasswi kept apologising.

I feel I was not dragged into the matter. Tejasswi is my girlfriend and I have to stand by her. If she is right, I will always support her. When she goes wrong, main usko correct karunga. I feel responsible for her.

What attracted you to Tejasswi?

The fact that I couldn’t myself from getting attracted to her. I had no such plan when I entered the house. In fact, I would advice people to have control over their emotions. Initially, I tried to avoid her as much as possible but one day, I would myself staring at her and questioning, 'Kya hai yeh ladki?' She felt main attitude dikha raha hu, but mujhe dur rehna tha kyunki I felt something for her. Later, I decided to not hide my feelings and let my emotions flow freely. Since then, every day we kept getting closer and stronger and we didn’t look back.

Tejasswi's past relationships were discussed on the show. Did that bother you?