Parineeti Chopra, who has been keeping a low profile for the past few years due to the back-to-back failure of her movies, is gearing up for a strong comeback this year with multiple projects in her kitty. Last seen in Amole Gupte’s box office debacle Saina, the actress will next feature in Ribhu Dasgupta’s yet-untitled action-thriller revolving around a covert operation of Indian agents. Chopra plays an undercover agent in this Reliance Entertainment production that also stars Kay Kay Menon, Rajit Kapur, Dibyendu Bhattacharya, and Hardy Sandhu in pivotal roles. Chopra will then be seen in Sooraj Barjatya’s much-awaited friendship saga, Uunchai, in which she plays a tourist guide to the leads played by Amitabh Bachchan, Anupam Kher, Danny Denzongpa, and Boman Irani.

In addition to these aforementioned projects, Parineeti is also doing Imtiaz Ali’s biopic of controversial Punjabi singer Amar Singh Chamkila. She will step into the shoes of Chamkila’s wife, Amorjot, who, along with Chamikla, was brutally assassinated and gunned down on March 8, 1988. Now, Peepingmoon.com has learned that Parineeti has already bagged one more project even before she starts shooting for Chamkila in Punjab. Industry sources have informed us that Parineeti has next signed a period film with Akshay Kumar. This is a coal mining rescue film that’s being directed by Rustom fame Tinu Suresh Desai for Vashu Bhagnani’s Pooja Entertainment and Ajay Kapoor’s Kyta Productions. 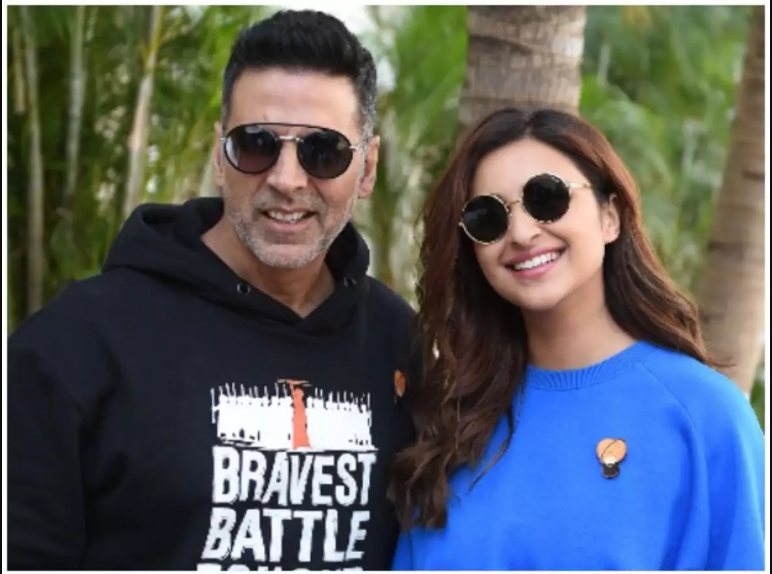 We hear Parineeti has been signed on to play Akshay Kumar’s wife in this Capsule Gill project set against the backdrop of the 1989 Raniganj coal mining disaster. As we have revealed earlier, the film tells the story of former chief mining engineer Jaswant Singh Gill, who heroically spearheaded the historic rescue operation and saved the lives of 64 workers trapped in a flooded coal mine. The big-scale film is believed to be mainly focused on the 1989 coal mine disaster and how Gill, risking his own life and going against the protests of those in authority, went down a borehole in a capsule and organized the evacuation of all the trapped miners. Parineeti’s role is expected to be smaller but a significant one in the film, working as a catalyst to the heroic act of Gill. The film marks Parineeti’s second collaboration with Akshay after her extended cameo appearance in his 2019 war drama, Kesari.

Capsule Gill is the latest addition to Akshay’s illustrious film calendar for 2022–23. The superstar already has Prithviraj, Mission Cinderella, Raksha Bandhan, Ram Setu, and Oh My God 2 scheduled for release this year, while for 2023 he has lined up Raj Mehta’s Selfiee, the Soorarai Pottru remake, Gorkha, and Ali Abbas Zafar’s big-scale action-comedy, Bade Miyan Chote Miyan. Akshay has also signed a London-based thriller for Panorama Studios and is in talks with T-Series and Dharma Productions for several more collaborations. He will start shooting for Capsule Gill in September in Chhattisgarh.