Shah Rukh Khan’s Jawan has a new addition to its cast. Peepingmoon.com has learned that Deepika Padukone has joined the Atlee Kumar-directed explosive action thriller for a small but significant role. She makes a cameo appearance in the film and will shoot for her sequence during the film’s Hyderabad schedule after finishing Nag Ashwin’s Project K with Prabhas. Deepika’s addition has further boosted the excitement around this Red Chillies Entertainment production, which already has an ensemble of Pan-India actors such as Nayanthara, Sanya Malhotra, Priyamani, Sunil Grover, Yogi Babu, and others in key roles.

"Deepika Padukone has a powerful character in Jawan, which features Shah Rukh in a double role as a father and son. She plays SRK’s wife and features in the film’s flashback sequences. It's a short but very important role, which acts as a key differentiator to the plot," a source close to the project revealed to us, adding that Deepika is paired opposite SRK the father, while Nayanthara has a romantic angle with the junior SRK. The makers had apparently first offered this role to Aishwarya Rai Bachchan as they wanted to bring back the Devdas jodi on screen, but the latter refused the part. The Guru actress didn’t see much scope for her character and amicably passed on the offer, expressing a desire to collaborate with SRK on a different film later, which will have her in a full-fledged role alongside SRK. 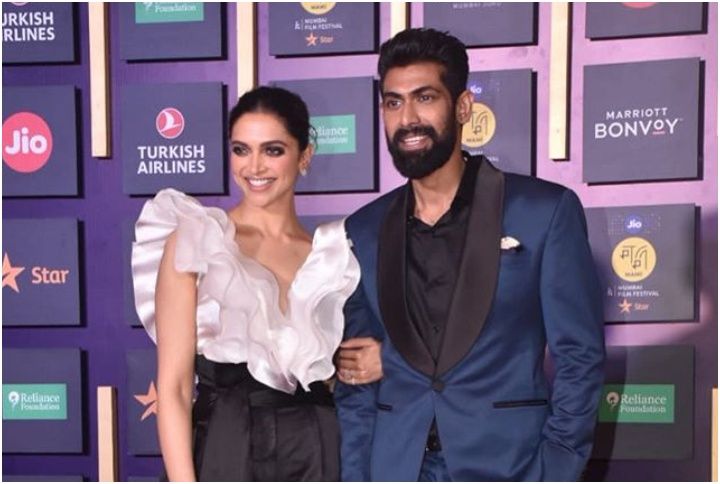 Deepika Padukone aside, the makers have also got on board Baahubali star Rana Daggubati for an extended cameo appearance in Jawan. Both the actors have principally agreed to play the parts and will join the sets on the film’s next schedule. The character details of Daggubati have not been revealed yet, however, the buzz surrounding the media suggests he will be essaying a negative character in the film. Billed as a Pan-India spectacle made on a whopping budget of around 200 crores, Jawan is a commercial action entertainer with a universal story that goes beyond languages and geography and has actions, emotions, and drama all woven into it, making it enjoyable for every kind of audience. The film will be released in theatres worldwide on June 2nd, 2023. SRK also has Siddharth Anand’s espionage actioner Pathaan and the Rajkumar Hirani’s social entertainer Dunki, scheduled for release on Republic Day weekend and Christmas weekend of 2023, respectively.