Advertisement
HomeBOLLYWOODEXCLUSIVEPeepingMoon Exclusive: Sadia Khateeb reacts to her film Raksha Bandhan clashing with Laal Singh Chaddha, says 'being a fan of Akshay Kumar & Aamir Khan, I will watch both'

PeepingMoon Exclusive: Sadia Khateeb reacts to her film Raksha Bandhan clashing with Laal Singh Chaddha, says 'being a fan of Akshay Kumar & Aamir Khan, I will watch both' 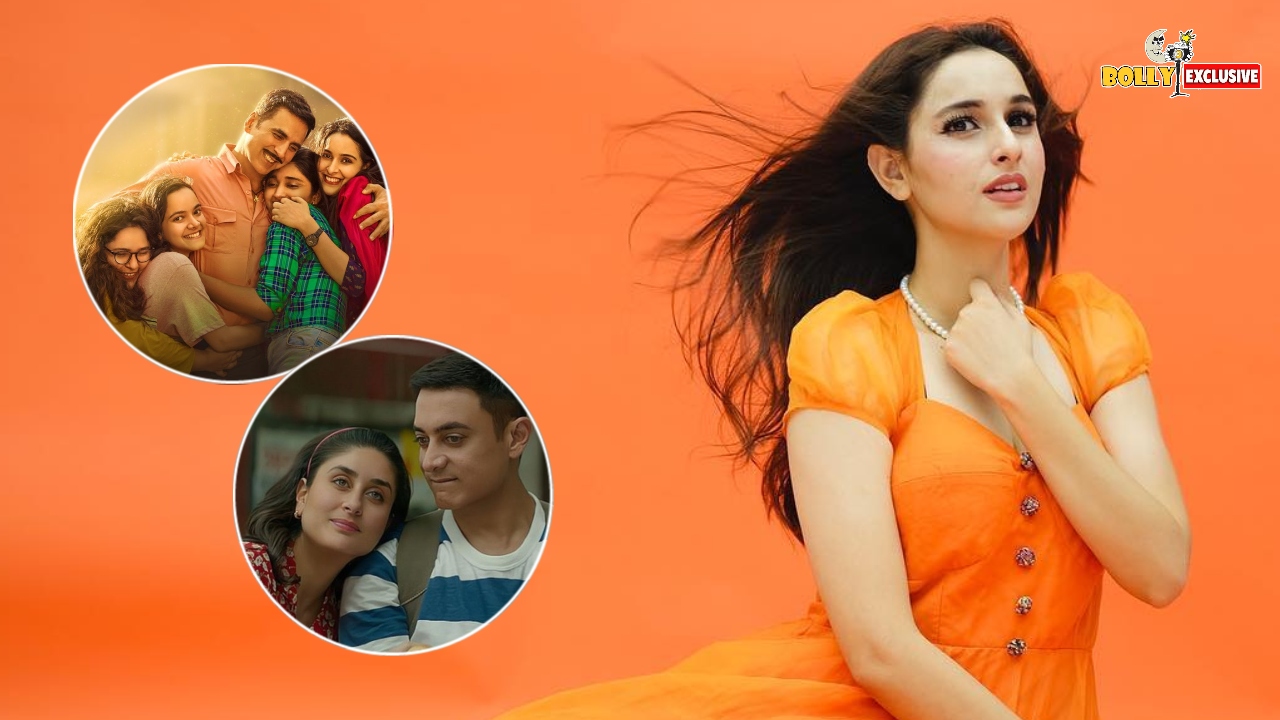 Aanand L Rai-directed Raksha Bandhan is among the most-awaited films of this year. With less than a month left for its theatrical release, fans are super excited to start the countdown. Headlined by Akshay Kumar, Bhumi Pednekar, Sadia Khateeb, Deepika Khanna, Smrithi Srikanth and Sahejmeen Kaur, the film revolves around siblings and the relationship they share. From the trailer, it is indicated that Raksha Bandhan's events happen around and during Sadia's on-screen wedding.

Sadia plays one of Akshay's four sisters in the film. Just a month before Raksha Bandhan's release, PeepingMoon.com spoke to the gorgeous actress about the film. Talking to us, Sadia spoke about working with Akshay, the box office clash between Raksha Bandhan and Aamir Khan's Laal Singh Chaddha and more. 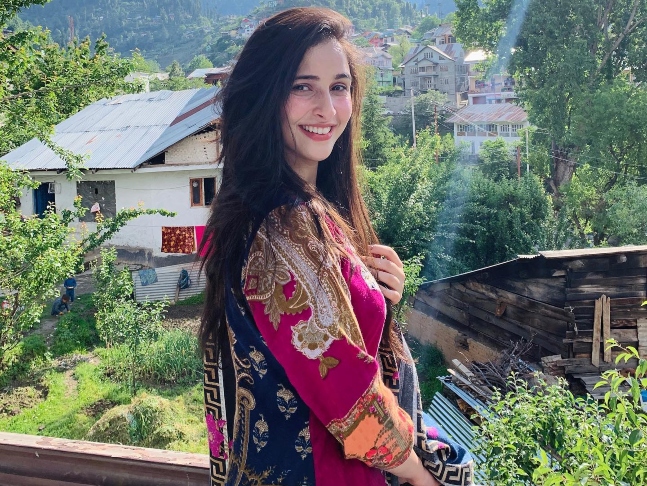 How did you land a role in Raksha Bandhan?

My director had seen me in my first film Shikara and he liked my work. I auditioned for Raksha Bandhan and got this part.

What’s that one thing you took home from the sets?

Lots of memories and love for dosa.

How was the experience working with Akshay Kumar?

It was a humbling experience.

There is a notion that not everyone in an ensemble film gets an equal opportunity to shine. Do you fear that with Raksha Bandhan?

I never had that fear because Aanand L Rai made the film. Raksha Bandhan is about family bonds. We all have equal space to shine and all the characters are equally important. 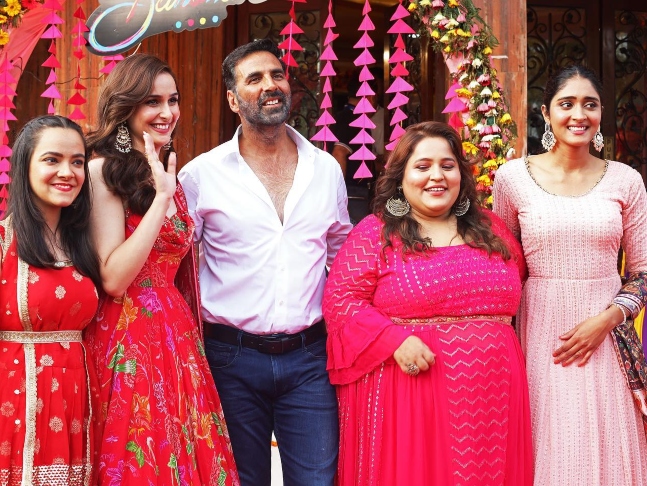 Why do you feel Raksha Bandhan is an important film?

Raksha Bandhan speaks about family values, love, relationships and many other important issues have been addressed in it too.

I am a fan of Akshay sir and Aamir Khan sir. All I can say is I would love to watch Laal Singh Chaddha and Raksha Bandhan.

Do you feel any pressure to live up to the box office expectations?

No, not at all. My job was to act and I have done that. Now, I am enjoying the process of promotions. 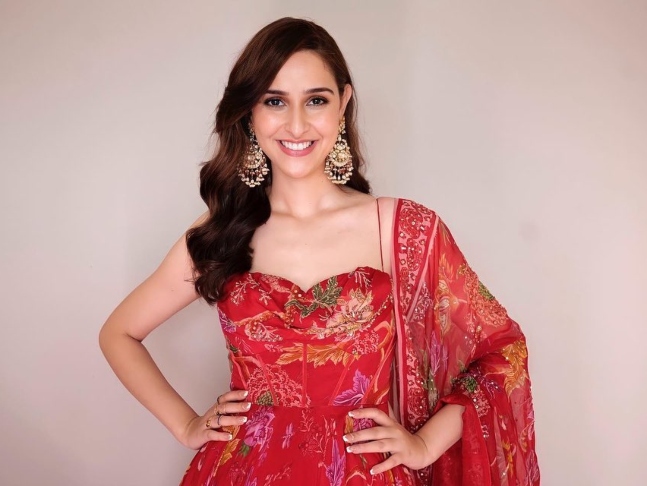 When did the acting bug bite you?

I still haven’t figured that out. There is no straightforward answer. Maybe it was when I was a teenager or when I started working on Shikara.

Is it true that the real struggle begins after the release of your first film?

Yes. Before Shikara, I never met casting directors, didn't go for any auditions and wasn't aware of the entire process. My journey from Jammu to Mumbai was a different story. There wasn't any struggle as such but the process of understanding the film industry started after Shikara.

Was your journey from Jammu to Mumbai smooth?

I was studying electrical engineering back in Jammu. A casting director called me and came all the way to Jammu to take my test for Shikara. Then, days later, a call was made to my father requesting him to send me to Mumbai to do the film. It was quite a fairytale-like thing. 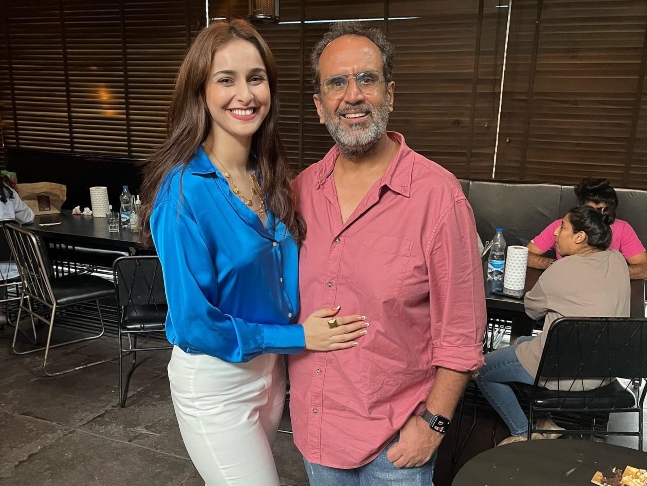 What’s next after Raksha Bandhan?

I'll be disclosing that very soon.