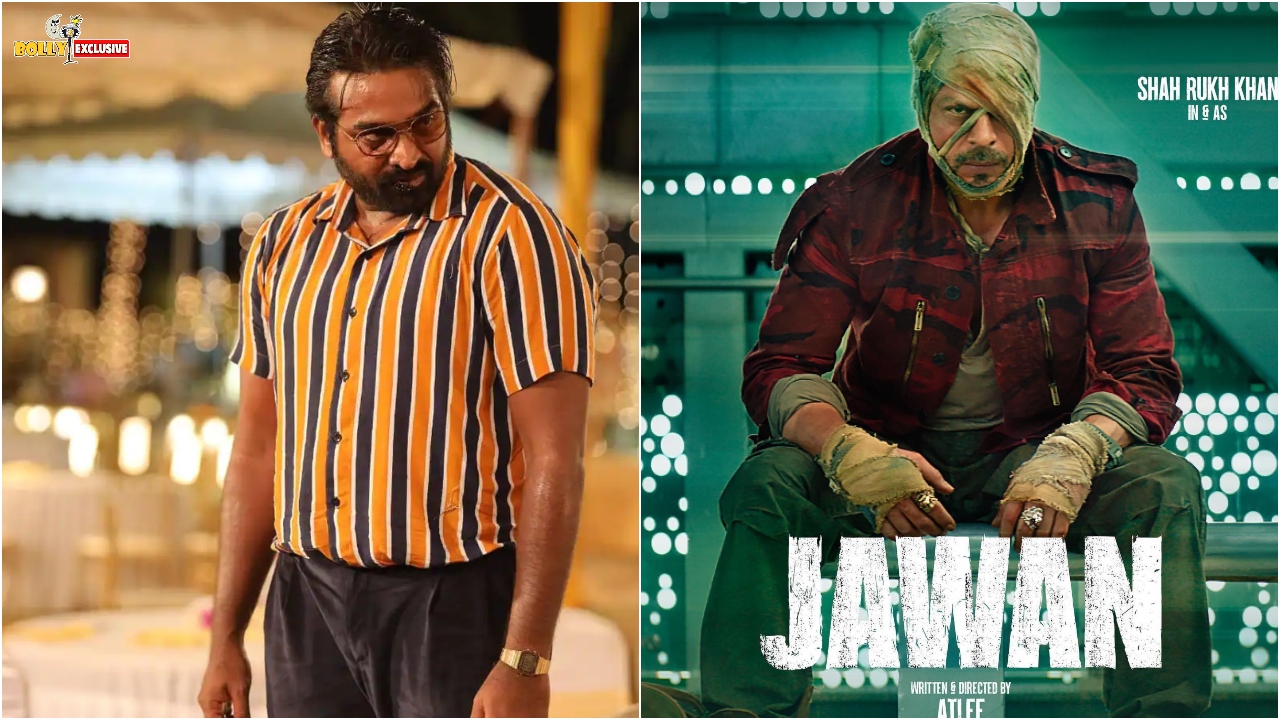 It’s locked and signed! After a month of speculation regarding his casting, Peepingmoon.com can now confirm that South superstar Vijay Sethupathi has come on board Shah Rukh Khan’s Jawan. The Vikram Vedha actor will play the main antagonist to Shah Rukh’s character in this highly-anticipated Atlee Kumar masala potboiler. Sethupathi’s addition further boosts the excitement around this Red Chillies Entertainment production, which already features an ensemble of Pan-India actors such as Nayanthara, Priyamani, Sanya Malhotra, Sunil Grover, and Yogi Babu in key roles, and Deepika Padukone in a special cameo appearance.

"SRK and Atlee were keen on casting Vijay Sethupathi after Rana Daggubati backed out of the film, citing scheduling conflict due to his ill health. SRK and Sethupathi share a great admiration for each other, and hence, when SRK himself offered Sethupathi this role in Jawan, he couldn’t refuse it. The Super Deluxe actor has altered his entire shooting diary to accommodate Jawan in between at SRK’s request," a source close to the development told us, adding that Sethupathi plays a true-blue mainstream villain and will join the sets during the film’s next schedule in Chennai at the end of August.

Recommended Read: PeepingMoon Exclusive: Sunny Deol to lock horns with Nawazuddin Siddiqui in his next action-thriller

Shah Rukh is currently shooting for Raj Kumar Hirani's Dunki in Budapest and will resume Jawan in the second week of August. A short stint in Mumbai will be followed by a lengthy stint in Chennai in the last week of August, and Vijay Sethupathi is expected to join SRK and the team during this time. Deepika Padukone, who plays a cameo role, will film her sequence in September. Billed as a Pan-India spectacle made on a whopping budget of around 200 crores, Jawan is a commercial action entertainer with a universal story that goes beyond language and geography. The film is expected to be wrapped up by November-end or early December to hit theatres worldwide on June 2nd, 2023.

Vijay Sethupathi has lately been in demand among Bollywood filmmakers, and Jawan will mark his fourth Hindi offering after Santosh Sivan’s Mumbaikar, Sriram Raghavan’s Merry Christmas, and Raj & DK’s Amazon Prime series, Farzi—all scheduled to come out this year, one after another. While Mumbaikar is a remake of the Tamil film Maanagaram and stars Vikrant Massey, Sanjay Mishra, Ranvir Shorey, Sachin Khedekar, and Tanya Maniktala alongside him, Merry Christmas is a straight-up 90-minute long edge-of-the-seat thriller co-starring Katrina Kaif. In Raj and DK’s Farzi, Sethupathi plays a fiery, unorthodox task force officer on the lookout for Shahid Kapoor’s character—a small-time artist working out of his grandfather’s printing press who has designed the ultimate con job. SRK’s Jawan is expected to be Sethupathi’s big Bollywood theatrical debut in the true sense.