Advertisement
HomeBOLLYWOODEXCLUSIVEPeepingMoon Exclusive: Every influencer is just using the lines of my character Geet from Jab We Met - Kareena Kapoor Khan 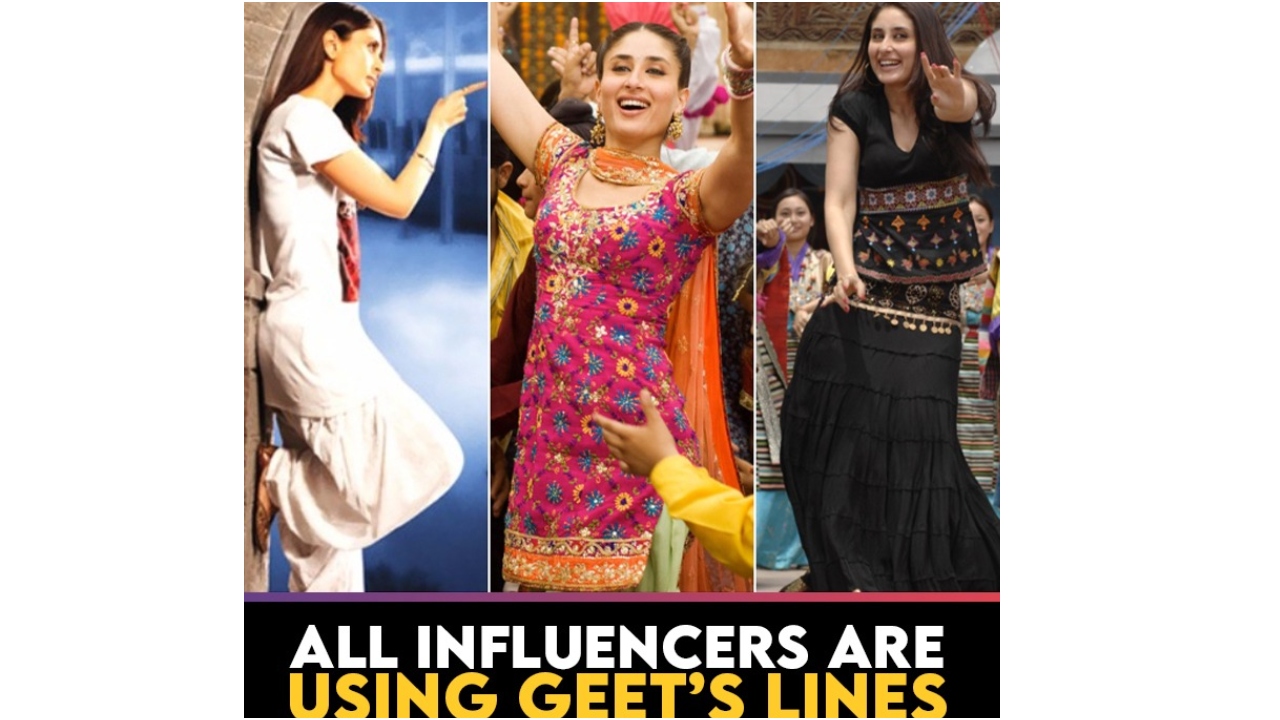 If there's one Bollywood character that has stayed with all millennial and Gen-Z girls then it has to be Kareena Kapoor Khan's 'Geet' from Imtiaz Ali's 2007 romantic drama Jab We Met. Recently, in a conversation with PeepingMoon's Managing Editor Ankita Bhalla, Bebo went down the memory lane to remember the iconic Geet and how it has stayed with everyone for so long.

The actress said, "Jab We Met - Another iconic film, iconic role. Now everybody is just using those lines. All the influencers, digital influencers, they love the lines. I just shot for something and it was so much fun - going back to remembering all those lines."

On the work front, Kareena's next release Laal Singh Chaddha opposite Aamir Khan hit the theatres this morning.