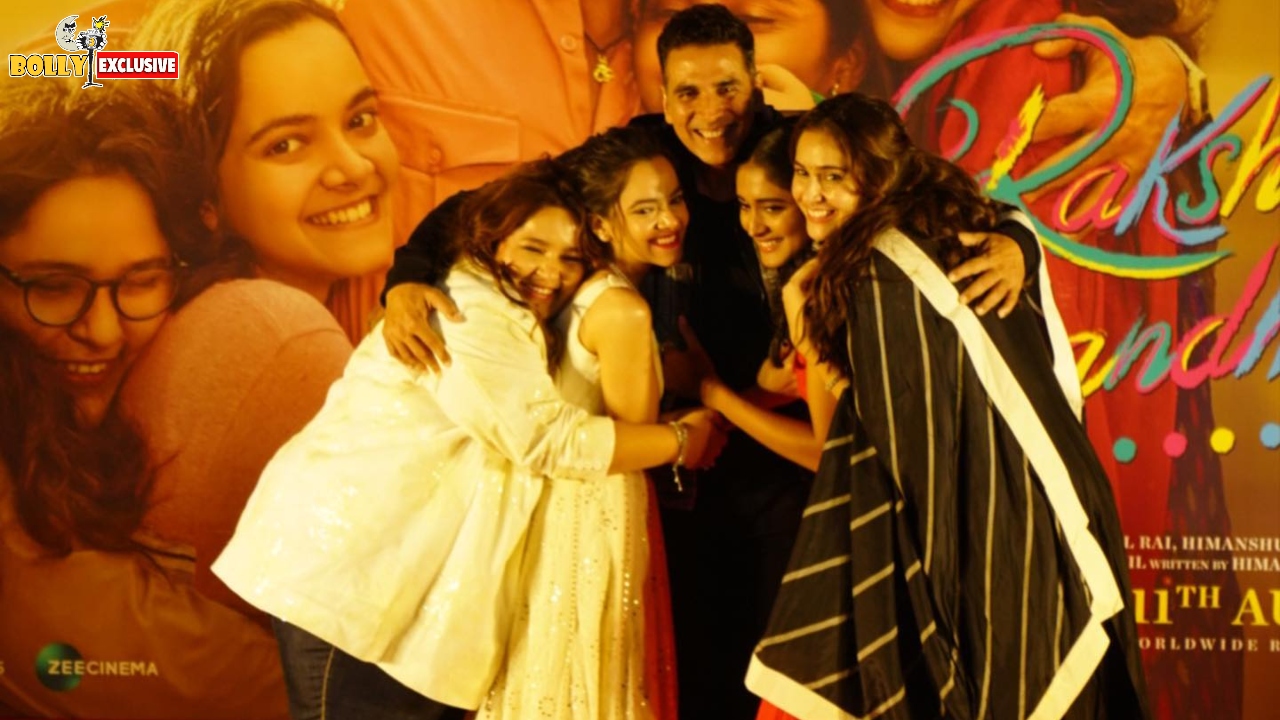 Sadia Khateeb, in her second film Raksha Bandhan, stood out with her impeccable acting prowess. She played the role of Akshay Kumar's sister Gayatri and the story of the film revolved primarily around her character.

As Sadia is receiving rave reviews for her performance in Raksha Bandhan, PeepingMoon.com spoke to the actress exclusively. Talking to us, Sadia opened up about choosing versatile roles, playing Gayatri, the malpractice of dowry and the Boycott Raksha Bandhan trend.

You gave a standout performance in Raksha Bandhan. Do you believe filmmakers will now take a notice of your versatility and offer diverse roles?

I really hope so. As actors, we hope to be versatile. I have just done 2 films so far and I believe there’s a lot in me to offer. It is just a matter of directors to notice.

Gayatri wasn’t a regular character. How mentally and physically challenging was it to play her?

Whenever I pick something, I convince myself that I am that person and character. It is important to understand from where she comes from, what she thinks, what’s her life and what’s her priority. It is all about getting mentally into it and then it shows physically. I am completely different from Gayatri.

Raksha Bandhan sheds light on the malpractice of dowry…

Dowry practice still exists, no matter how much we deny to accept it. When I was in school, I remember one of my teachers got married. She would come to school with solah shringar and looked so beautiful. One week later we got to know due to dowry, her in-laws killed her. Though I didn't remember this incident, my teacher's face flashed in front of me while shooting for Raksha Bandhan. All we have to do is be careful.

Do you feel Gayatri deserved a standalone film?

Yes of course. It is very much needed. I request filmmakers to make one standalone film on Gayatri.

Dowry is an important topic. Do you feel Raksha Bandhan could have made for a hard-hitting web series instead of a film?

No, I like the way it has been made. It is perfect.

Is social message with humour the need of the hour to spread the word faster?

Yes because just social message will not excite the audience. The young generation wants entertainment. Aanand (Rai) sir has magically directed the film with a strong message and made sure the audience laughs as well as cries.

Raksha Bandhan is being called regressive..

I think people have their own perspective. Siblings do tease each other in a funny way and it is normal. If we are making a film titled Raksha Bandhan, we have to show the reality.

What do you have to say about the 'Boycott Raksha Bandhan' trend?

In today’s time, everything is getting boycotted. When I made my debut with Shikara, people wanted to boycott the film. I thought it was because it dealt with a political subject. Raksha Bandhan is a family entertainer with not a single negative thing. Tomorrow, if you are breathing, people will say boycott breathing. It makes no sense.

Are you comfortable with Raksha Bandhan being called Akshay Kumar’s film when the story revolved around your character?

Why not? It is a beautiful film and Akshay sir is a legend and has done a great job. I am happy with it.

What are the kind of films you wish to do as an actor post-Raksha Bandhan?

The actor in me is hungry and greedy for good roles.