Salman Khan is known for his larger-than-life persona and there have been very few filmmakers who have successfully brought that image on screen. With films like Sultan, Tiger Zinda Hai, and Bharat, Ali Abbas Zafar has proved himself as a director who brilliantly blends commercial cinema and quality content and extracts the best from even Salman Khan. And now, Peepingmoon.com has learned that Salman and Ali Abbas Zafar are collaborating yet again. The two are now working together on a big-scale commercial action drama, which will go on floors next year and might release on Eid 2024.

"Salman and Ali have been discussing many projects over the past few months, and they have finally zeroed in on an action film. It’s a quintessential actioner, strongly backed by emotional quotient. The subject of the film is a challenging one and requires Salman to undergo a physical transformation, much like in their sports-drama, Sultan, in which Salman played a middle-aged wrestler on a journey to regain his lost respect. Salman has verbally okayed the film and is waiting for the full script before taking the final call," an industry source told us, adding that they had also discussed a foreign film remake, but it’s yet unclear which project they have agreed to collaborate on at the end. 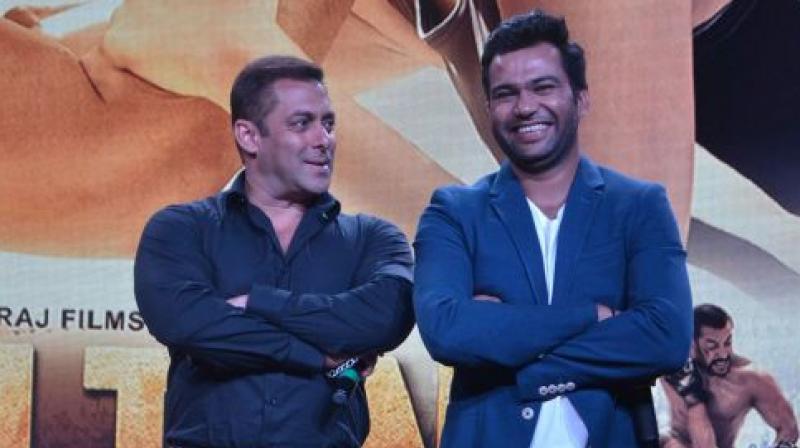 Salman and Ali’s this yet-untitled film, sources say, will be mounted on a huge scale and will largely be shot overseas. They are planning to take it on floors in June 2023 and release it as an Eid offering in 2024. "Ali Abbas Zafar is currently working on the post-production of Shahid Kapoor’s film and is simultaneously focusing on the pre-production of Bade Miyan Chote Miyan as well. The Akshay Kumar and Tiger Shroff starrer goes on floors in the first week of January 2023 with a four-month schedule planned to finish it. Ali will start working on the Salman Khan film soon after finishing the action-comedy," the source further added.

Salman and Ali were rumoured to be not talking to each other after the dismal performance of Bharat. However, that seems to be just a plain lie, as both continue to share a great rapport and that relationship has only strengthened over time. Although they haven’t worked together since Bharat, they always wanted to reunite and are said to have exchanged many ideas over the past years for a possible collaboration whenever they met. The reunion is finally happening next year, and we can not wait to find out more about it!