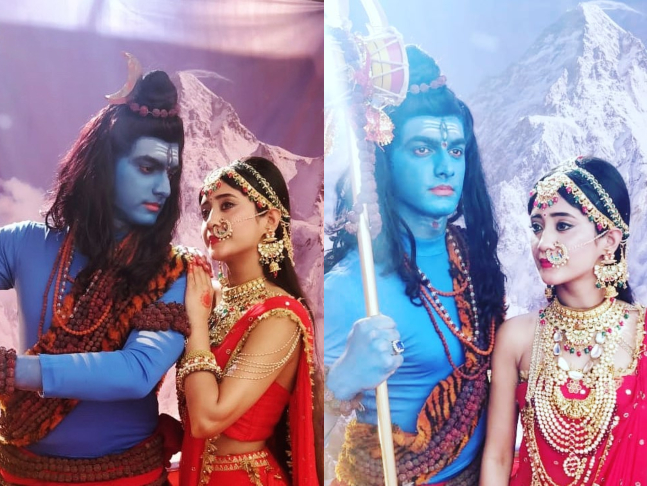 It won't be wrong to say Shivangi Joshi and Mohsin Khan aka Naira and Kartik are one of the most loved television couples, both on screen and off screen. Moreover, their show Yeh Rishta Kya Kehlata Hai is not only known for their chemistry but also for celebrating festivals in a grand way. And now we hear that ahead of Mahashivratri which falls on March 4, the makers of the show have planned a special episode.

For the upcoming track, Kartik and Naira will be turning into Shiv and Parvati. Sharing an update on the same, Mohsin and Shivangi posted pictures on their social media accounts. While the actor can be seen in a get-up of Lord Shiva and is painted blue, Shivangi looks surreal as Parvati and is seen dressed in a red ensemble with golden jewellery. Take a look:

But did you know that makers have spent a whopping amount of money to get her hair done for the Mahashivratri episode? Our sources have informed us that the makers have shelled out Rs 1.5 lakhs for Naira's wig, which will be 45-inch long. Isn't that interesting? Well, it seems they are leaving no stone unturned to make this episode as elaborate as possible.

Meanwhile, the current track of the show features Naira losing her memory post the accident and Kartik has been attempting to help her in recalling the past. Now we wonder if things will take a better turn in the upcoming special episode.