Jasmin Bhasin and Aly Goni have been the talk of the town ever since the two confessed love for each other on Bigg Boss 14. Jasly, as fans lovingly call them, admitted that they are made for each other and even discussed marriage plans inside the house. However, their love story met with a difficult phase after Jasmin got evicted on January 10. Before the eviction, in the family episode, Jasmin had met her parents and her father's reaction to her bond with Aly had not gone down well with many JasLy fans as he felt he was not the one for his daughter. Talking to Jasmin, her father had said that she should play her individual game and shouldn't rely on anybody. He said he wants to see the previous Jasmin who was full of life. When Jasmin spoke to her parents about Aly and their relationship, they felt he isn't the right one for her.

Now, Aly's sister Ilham Goni has reacted to the incident in an exclusive chat with PeepingMoon. About the family episode where Jasmin's father told her to not play the game with Aly and be an individual, Ilham said that 'people misinterpreted the conversation'. She said, "I think Jasmin’s father didn’t mean it that way, he just wanted her to play her game. In those 10 minutes, we cannot expect a father to speak to his daughter about what is happening inside the Bigg Boss house and about such things because on national TV it’s not possible for a father. So, people misinterpreted it. He was there to just advise her regarding the game, he didn’t want to speak about it. It was pretty obvious." 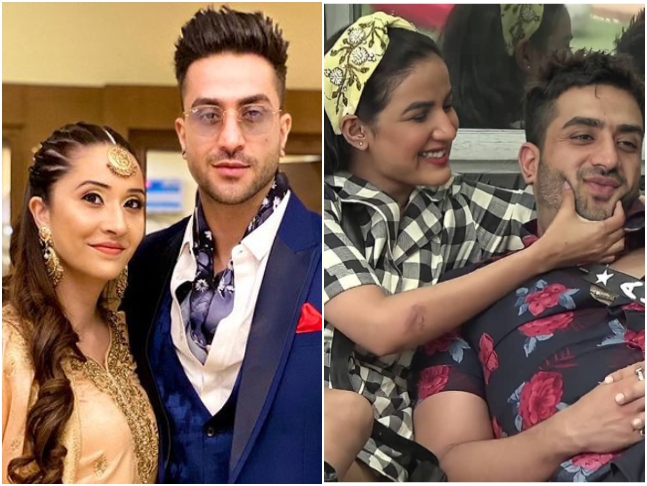 Recommended Read: Jasmin Bhasin to reunite with Aly Goni on Bigg Boss 14 but this time not as a competitor?

She also informed that now everything is okay as Jasmin spoke to them after coming out of the BB house. She added, "They are fine. Jasmin came out and I spoke to her. She spoke to her parents and they know it. Now, they know and they’ve spoken about it. See, they were also not clear about whatever was happening in the game. So even they wanted her to come out and then speak about it. The way my parents are waiting for Aly to come out. So, I think that’s fair enough. We cannot expect parents to be so open on national television regarding such things."

When asked about Aly's and Jasmin's wedding plans, Ilham said, "We are waiting for Aly to come out because whatever happened, happened inside the Bigg Boss house. Before that, Jasmin and Aly were really good friends as we know it. They have taken this decision inside the house. Let him come out, families will speak to each other and then we will see."