Late legend Sridevi and her style files have influenced all of us for decades now. From her popping chiffon sarees to her timeless ensembles, we have been floored by her modish outfits every single time.

And who better to follow the footsteps of her mother than Janhvi Kapoor herself?! The budding fashionista has often sought inspiration from her mother's style and we have proof! Check it out:

Recommended Read: Sridevi’s Birth Anniversary Special: Here's how the legendary actress proved her mettle and popularity by working with every popular male actor of her generation

We're all aware of Sridevi's love for sarees! Looks like Janhvi Kapoor is picking up on a similar obsession, take a look: 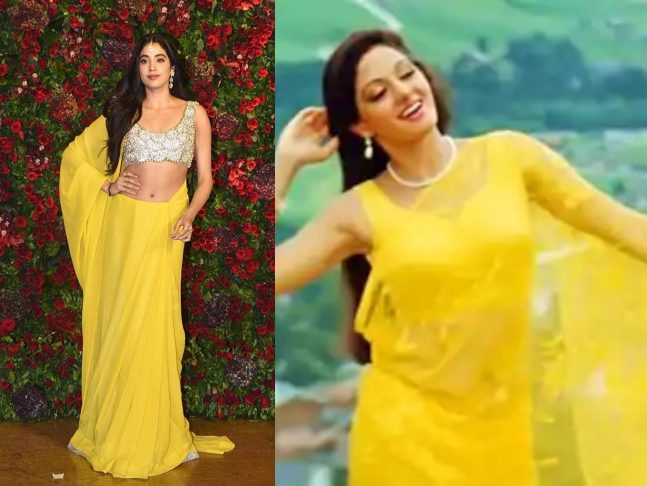 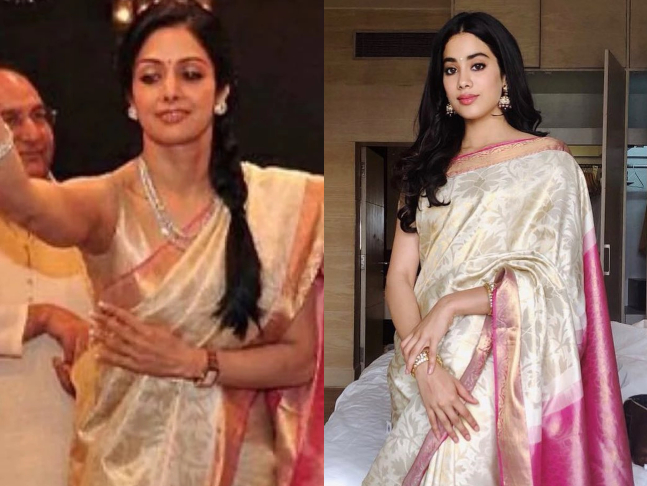 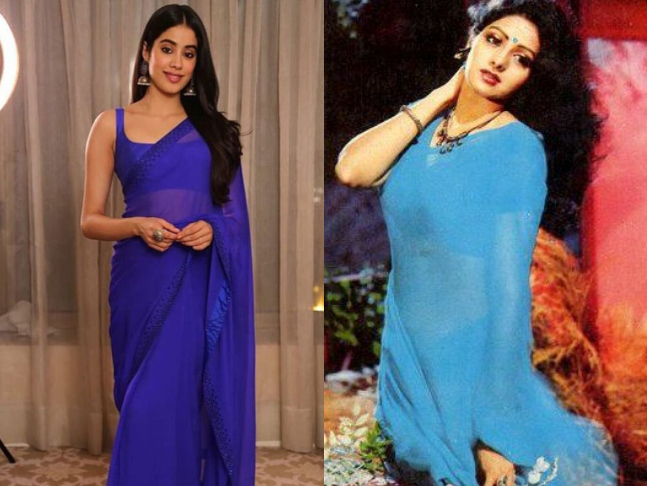 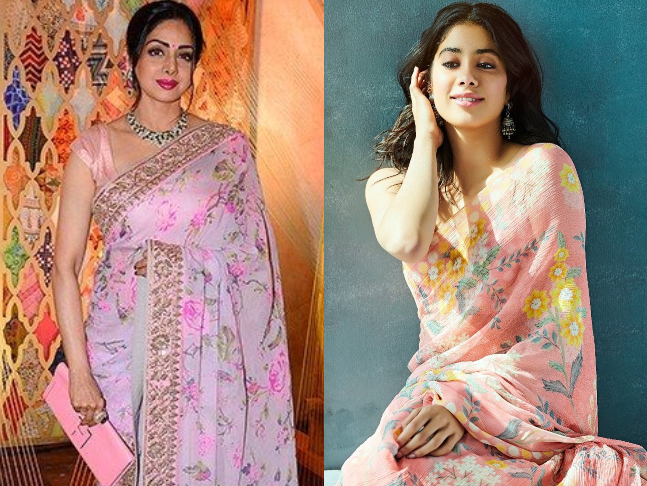 All about the colors

Sridevi wore a popping green saree with a pink border for an awards gala once. Taking us by surprise, Janhvi wore an anarkali in the same color combination for the launch of her debut film, Dhadak's trailer launch. 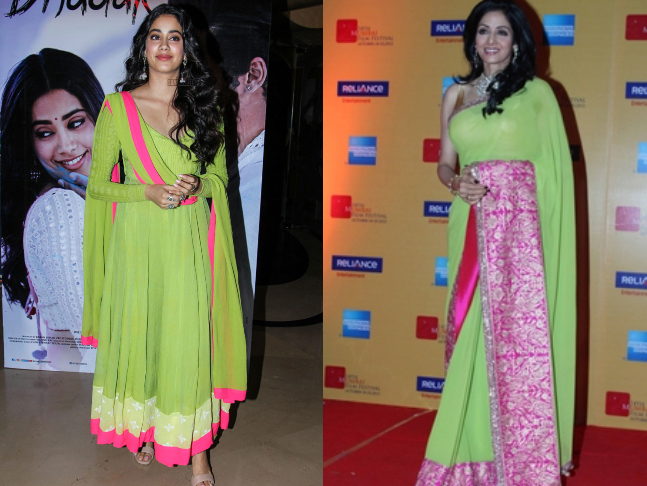 Or the time when she wore an ivory gown, very similar to what her mother had worn in the past for her very first red carpet appearance. 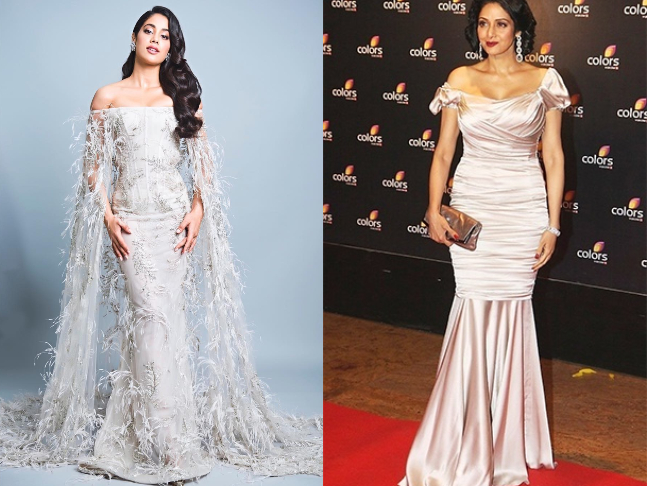 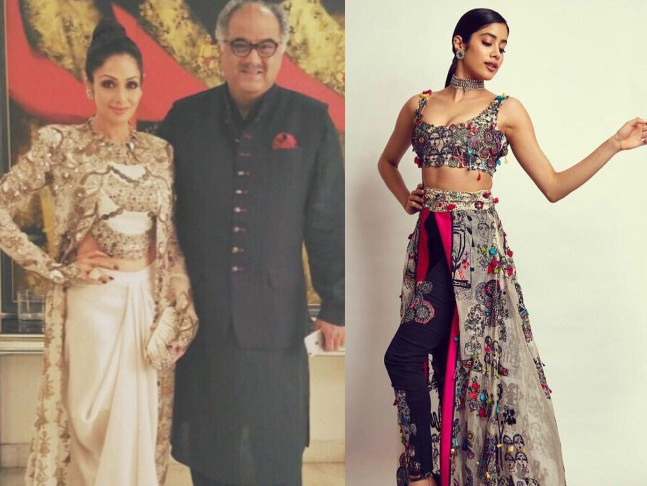 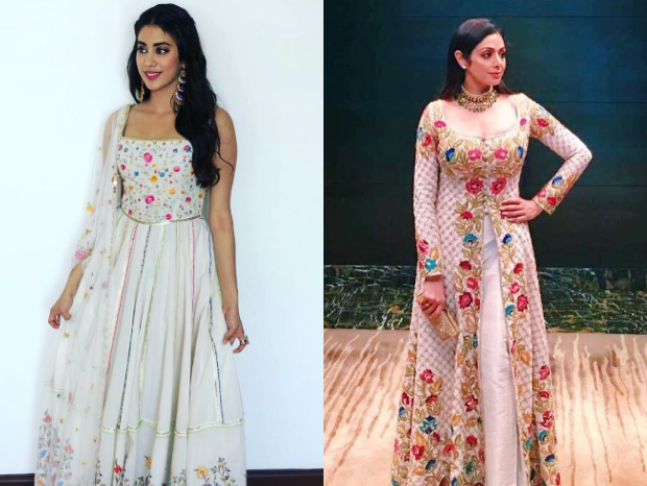 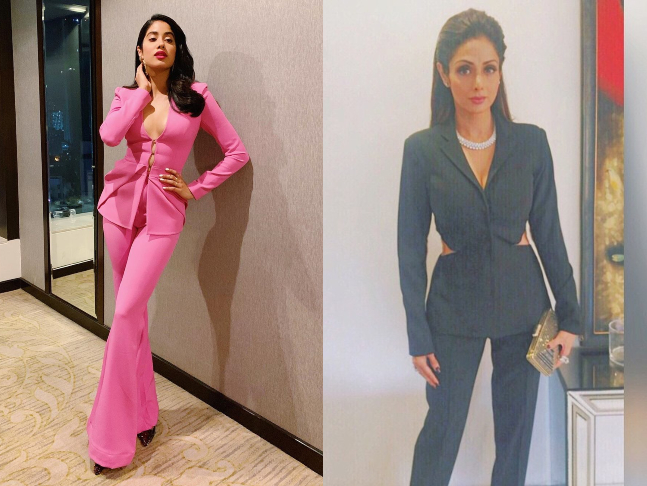 We have lost a gem and that void can be filled by none other. Happy Birthday, Sridevi. May your soul rest in peace.

The organza extravaganza ft Hina Khan and Kareena Kapoor Khan! ‘Komolika’ pulls off the ‘Bebo’ look in a Picchika drape

Pre-Grammy's Parties 2020: From Priyanka Chopra Jonas & Beyonce to Cardi B, the divas step out in their fashionable best at these star-studded galas