Advertisement
HomeHOLLYWOODLavender bone broths to sushi, everything that Kylie Jenner eats in a day while we devour our Maggie!

Lavender bone broths to sushi, everything that Kylie Jenner eats in a day while we devour our Maggie!

Let’s be honest, at one point of time, we all wondered what do the KarJenner clan munches while binge watching the latest drama unfolding on Keeping Up With The Kardashians. Well, the curiosity comes to an end as lord answered our prayers via a Harper’s Bazaar video featuring the makeup mogul, Kylie Jenner! For maintaining her curvaceous figure, the beauty entrepreneur would probably require to be on an exquisite diet that our local baniya would never even have heard of. So when Bazaar dropped their Food Diaries video ft. Kylie, we expected this content to be not relatable at all. Turns out, we were right!

Since nothing’s ordinary about this Jenner beaut, Kylie mentioned that she starts her day either with a bone broth mixed with lavender and lemon or a glass of freshly made celery juice that she had stocked in her fridge drawer. 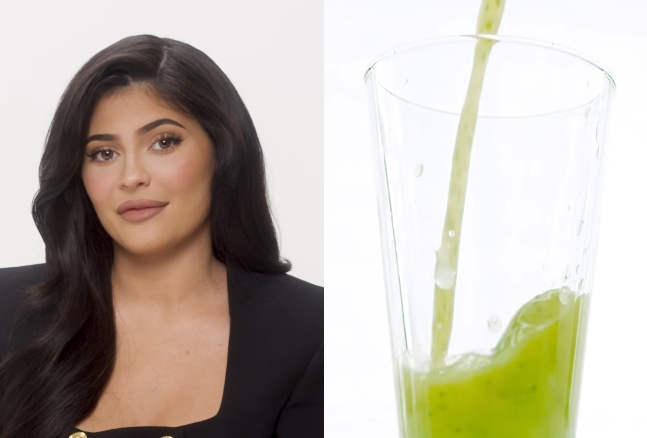 She later revealed that she sips on the broth for the entire day and drinks at least two jars of it. Since she has cut back on her tea and coffee for a bit, the KUWTK star either opts for a peach ice tea or vanilla latte with oat milk. 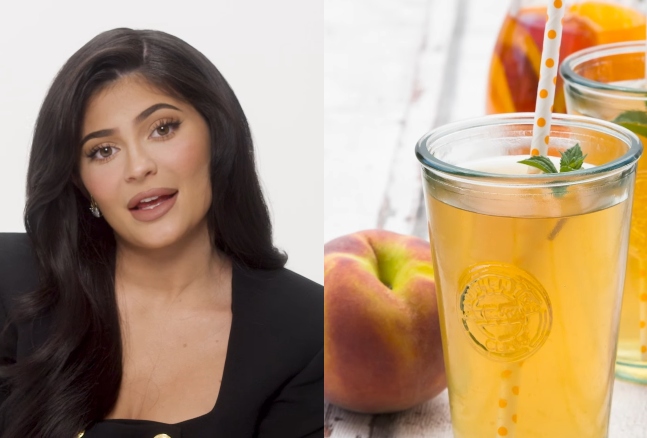 *Sipping awkwardly on my tea and Parle-G* 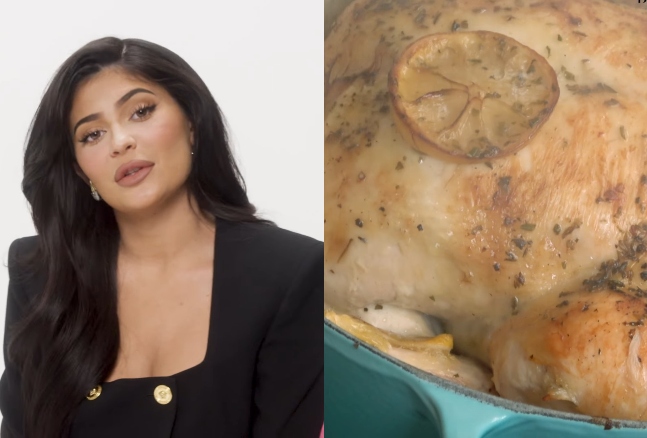 Stating that she cannot eat the same thing for her ‘typical’ lunch every day, Kylie occasionally makes herself a lemon chicken with vegetables, or tacos or much on some salads or tuna sandwiches from Health Nut. 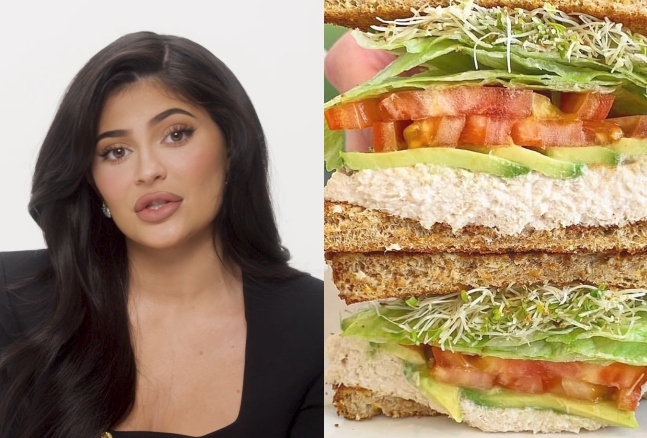 While traveling, the internet sensation usually orders a lemon chicken and white rice, some vegetables and kale salad for lunch. 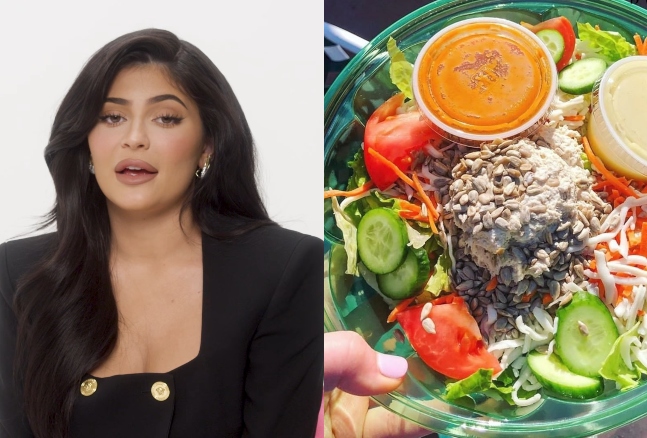 Talking about her cheat meal, Kylie stated that she digs a double cheeseburger with special sauce and grilled onions, well-done fries and a coke from In-N-Out. 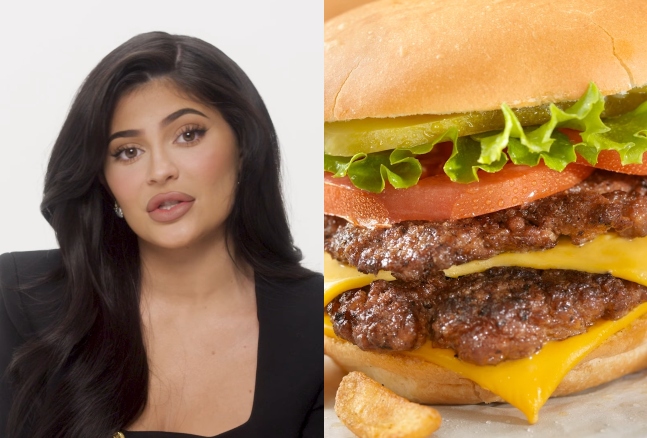 When she was pregnant with Stormi, the beauty mogul revealed that she ate at least once a week from that fast-food chain. 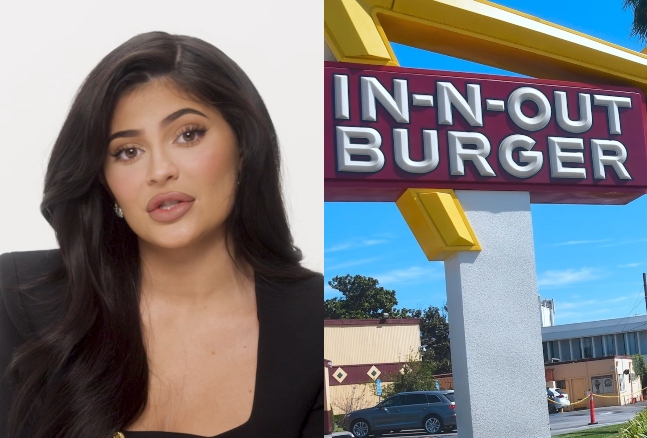 She also mentioned that she loves eating sushi, way too much! Her preference in booze- Corona Light with lime, a glass of Pinot Grigio, and shots of Don Julio 1942! (Umm, no this is just off the record, you guys!) 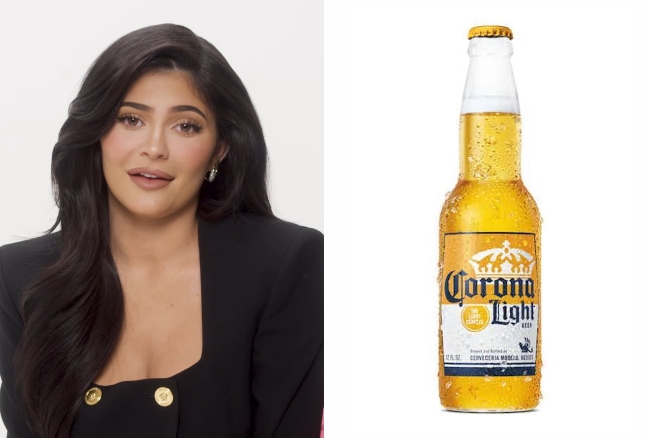 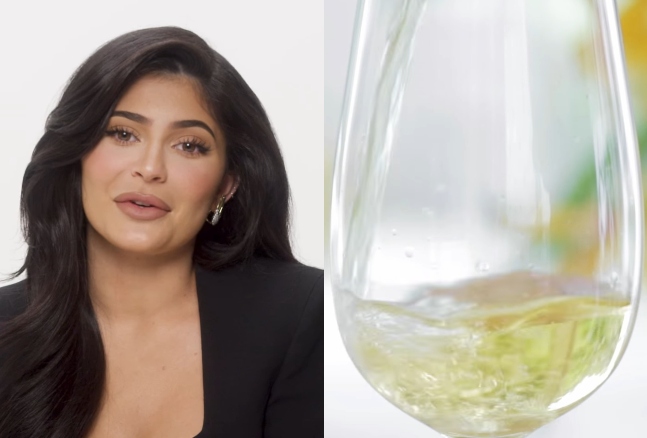 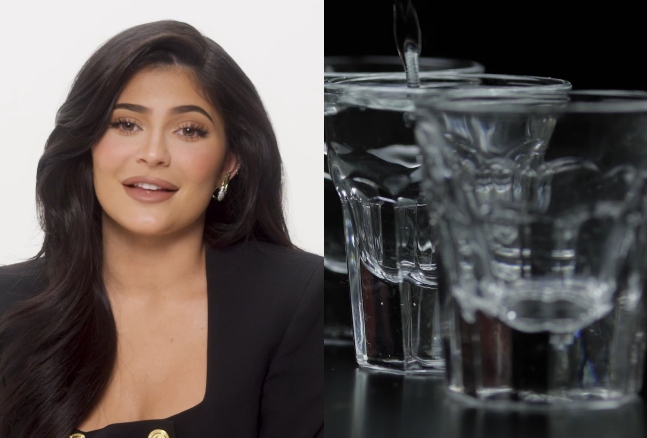 To curb her midnight cravings, Kylie stated that she keeps a pre-sliced apple by her bed because she gets too comfortable to get out to satiate her junk pangs and is left with no choice but to consume those apples. Being one of those people who raid the fridge a billion times to see if anything new popped up, we can't relate to her on this one! 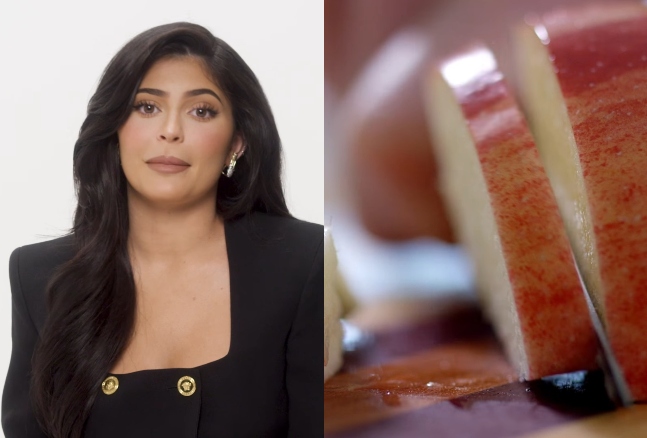 There it is, Kylie’s diet-in-a-day dissected. If you wish to see it for yourself catch the video below in all its glory while we devour our Maggie and binge episodes of Masterchef India!