The nine avatars of Goddess Durga, known as Navdurga, are worshipped within the span of nine days during the auspicious festival of Navratri. It is believed that the Goddess arrives on Earth to bless her devotees. Navratri started on October 7 this year and today, on the eighth day, Goddess Mahagauri is worshipped. The name Mahagauri is derived from two terms Maha and Gauri which means extreme fair complexion.

Maa Mahagauri is said to be the extreme manifestation of Goddess Durga, a symbol of purity and serenity and hence known as Goddess Mahagauri. According to Hindu mythology, she is mounted on a bull and hence, she is also called Vrisharudha. 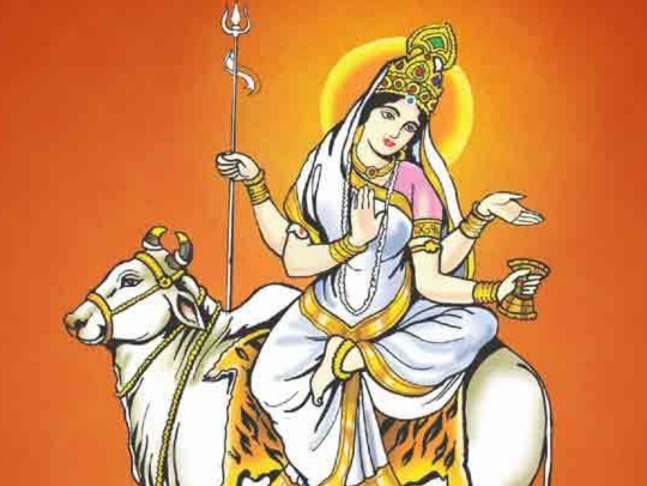 Maa Mahagauri puja begins with Mahasnan and Shodashopachar Puja. Nine small pots are installed and nine shaktis of Durga are invoked in them during the Puja. All nine forms of Goddess Durga are worshipped on this day.

The lucky colour is Royal Blue.

Maa Mahagauri rides on a bull.

Since Maa Mahagauri symbolises purity, peace, and serenity, the puja is believed to forgive all the sins of devotees. It is said that devotees observe a fast on Mahashtami to seek her blessings. Many people end their Navratri fast on this day.

‘AmbassaDiver’ Parineeti Chopra teams up with PADI to save the ocean