Vogue’s December issue has been facing a lot of flak from the moment it was unveiled. Featuring Serum Institute of India’s Executive Director Natasha Poonawalla as the cover star, this month’s glossy talks about the style icon ‘stripping her image of a fashionable socialite and emerging as a high-impact woman who can handle grit as well as glamour.’

On the cover, Natasha flaunted a Taffeta Corset Dress from Dolce & Gabbana’s Alta Moda collection. Personifying a sunflower, the fashionista went OTT donning a figure-skimming bodycon along with dramatic petal headgear. Keeping her look shiny, the stunner opted for oodles of highlighter along with nude lips, defined brows and a classic bun.

However, Vogue’s latest issue did not sit well with the majority of the internet tribe. Netizens called out the cover for ‘reeking of privilege.’ Arguing that there are far better role models, including her husband Adar Poonawalla, to be put up on their issue cover, the users complained that the magazine has let itself down. While some admitted that she is indeed a fashion icon and can rightly be on a fashion magazine’s cover, featuring her from a philanthropy angle was a bit too much as they have never seen her speak about the company and its work or the ongoing pandemic as well. Not just the choice of coverstar, the look was also criticized by the netizens. Many users compared her look with a sundried Sunflower and 'Demogorgon' from Stranger Things.

Check out the comments below: 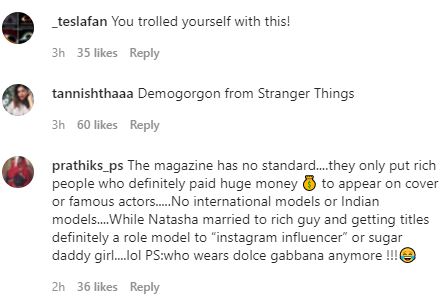 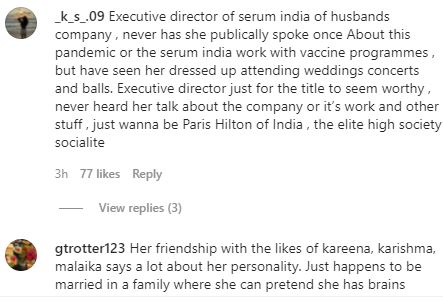 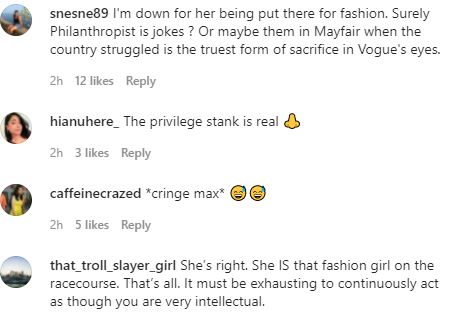 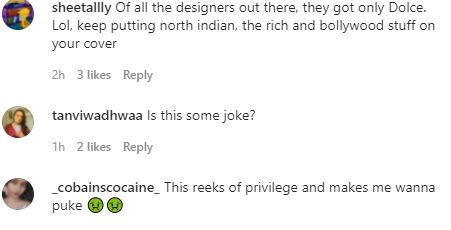 Fashion police Diet Sabya also called out the magazine for its ‘comedy writing’ and the OTT cover. Take a look. 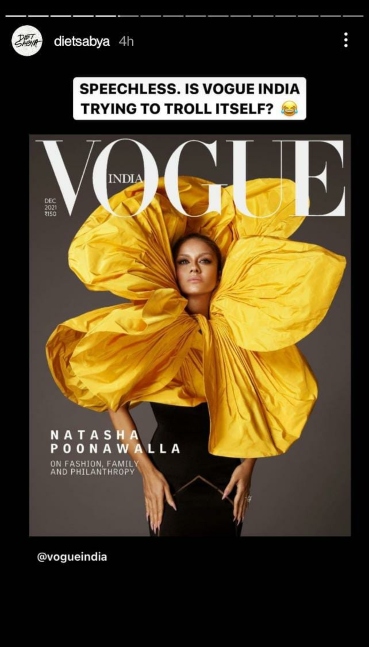 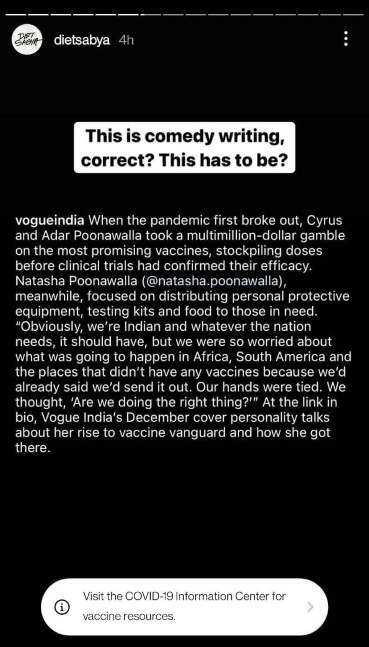 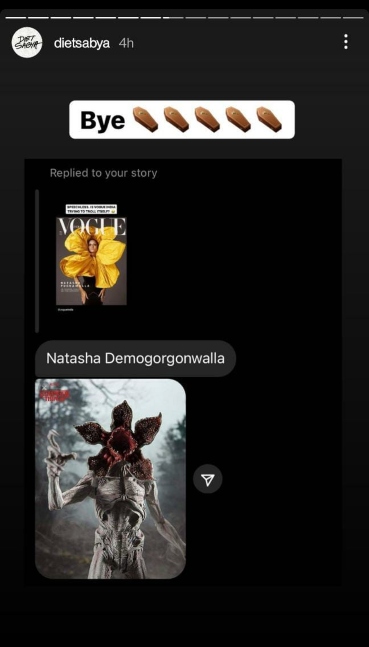 For the inside pictures, Natasha wore ensembles from Laquan Smith, Valentino, Louis Vuitton, amongst others.

While some looks were appreciated by the fans and fashionistas, others faced backlash for over-editing.

Was the reaction to the cover a bit too harsh? Well, what are your thoughts about this?

My body is doing incredible things & I'm not going to be ashamed of it: Rihanna rewrites maternity style rules on Vogue’s latest issue