Dabboo Ratnani’s calendar photoshoot has garnered a lot of limelight and not necessarily for all the good reasons. Recently, he faced a lot of flak from the popular Instagram account of Diet Sabya for drawing ‘inspiration’ for Kiara Advani’s photoshoot from the work of International photographer Marie Barsch.

Now, this A-listed celebrity photographer has landed in troubled waters once as DS called out Dabboo for the second time for its plagiarized photoshoot ft. John Abraham! Though a towel draped John looked like an absolute snack in his defined chiselled physique, his photo bore an uncanny resemblance to that of Sushant Singh Rajput’s and other international star's portfolio shoot. Don’t believe us? here’s Diet Sabya’s recent post:

While some lashed out on the photographer for not using enough creativity, others supported his case saying it’s quite a common pose and doesn’t have to be inspired. Here’s what netizens have to say over this déjà vu towel series. 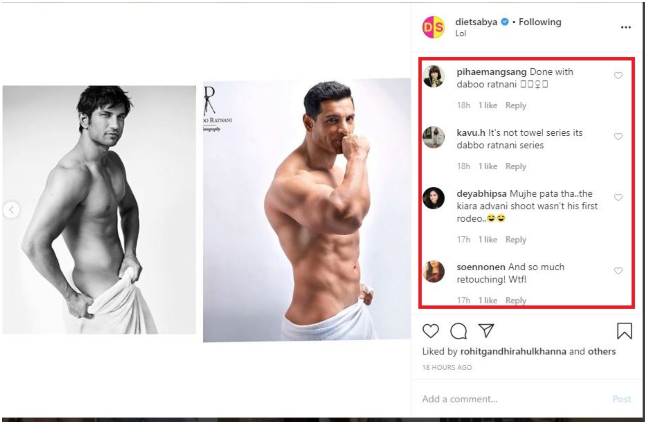 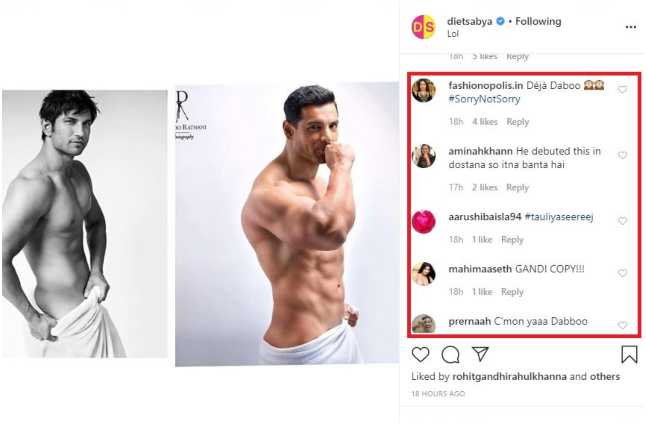 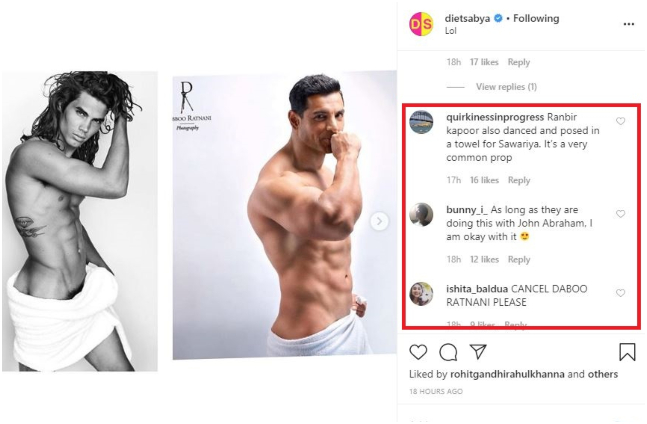 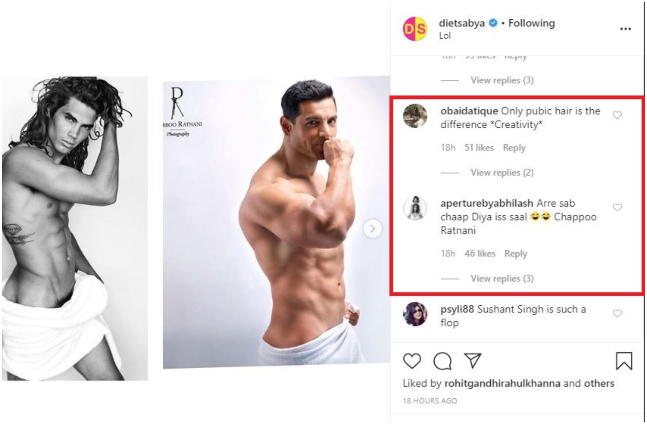 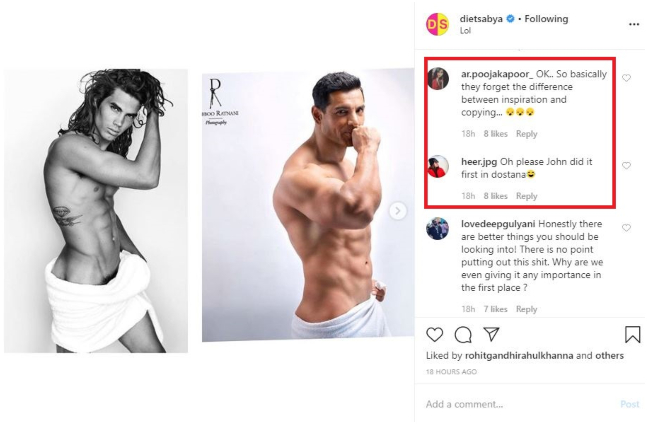 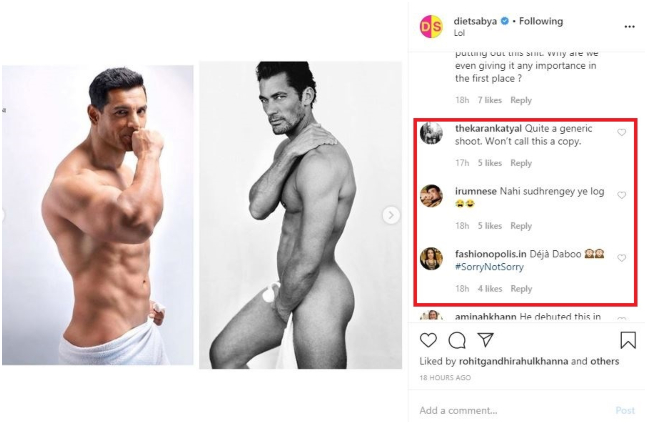 An inspiration or mere coincidence? We leave it to you to discuss!

Lockdown diaries: Kriti Sanon de cluttering wardrobe during the quarantine times is all of us!

Here's why Taapsee Pannu can't have a tattoo on her neck