Advertisement
HomeHOLLYWOODNewsFrozen 2 trailer: Sisters Anna and Elsa return for yet another adventure in this Disney sequel

Frozen 2 trailer: Sisters Anna and Elsa return for yet another adventure in this Disney sequel 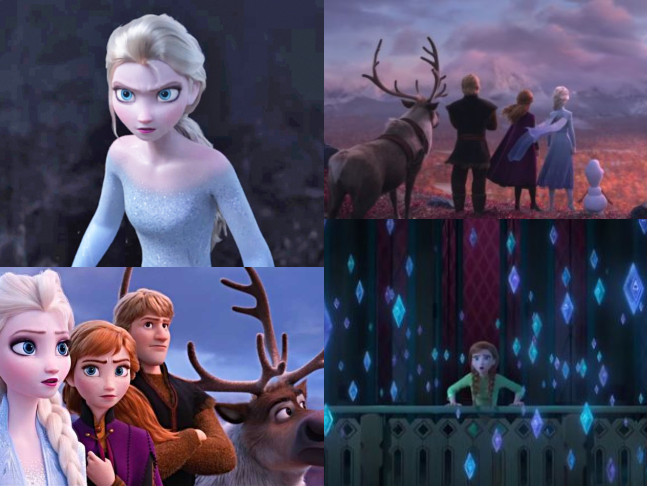 It was on February 13 that Walt Disney Pictures unveiled the first teaser trailer of the highly-anticipated Frozen 2, the sequel to the 2013 Academy Award winning film, which went on to become the highest-grossing animated film of all time. The first part was inspired by Hans Christian Andersen's fairy tale The Snow Queen, which revolved around a fearless Princess Anna (voiced by Kristen Bell) and her sister Elsa (Idina Menzel).

Now the second part takes their adventure further and the dialogue-free trailer brings back the gang together, including sisters Anna and Elsa, magical snowman Olaf (voiced by Josh Grad) and all-around-ice-guy Sven. It begins with depicting the actual first look of Arendelle, where Elsa is trying to leap over waves by freezing water and eventually finds herself on a rock. The video later moves to Anna walking out to the balcony to witness some strange floating diamonds hovering outside the castle.

RECOMMENDED READ: ‘Frozen 2’ is going to be special: Josh Grad

Apart from them, we also see glimpses of the other characters. While Sven is riding off somewhere, Olaf is found surrounded by purple flames. Interestingly, Evan Rachel Wood and Sterling K. Brown have joined the cast of Frozen 2 but their characters remain undisclosed.

Check out the trailer here:

Frozen 2 is slated to hit the theaters on November 22, 2019.
Read More
Advertisement