Advertisement
HomeHOLLYWOODNewsTom Hanks opens up on his battle with Coronavirus, says he had 'bad body aches and was very fatigued'

Tom Hanks opens up on his battle with Coronavirus, says he had 'bad body aches and was very fatigued' 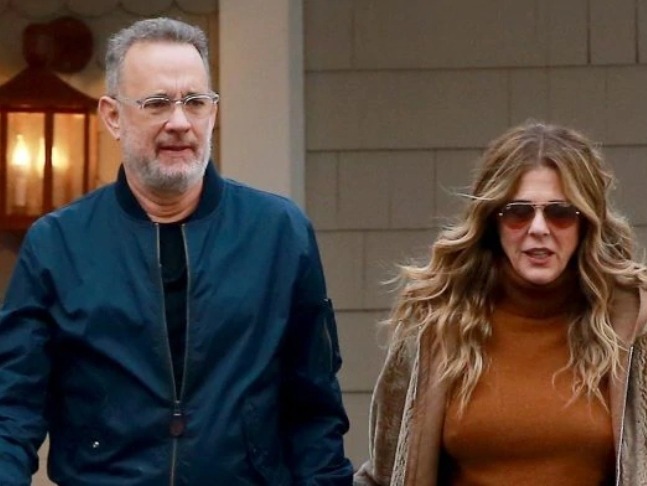 Oscar-winning star Tom Hanks has opened up on his battle with the deadly coronavirus and on living in isolation, saying he had "bad body aches and was very fatigued", while his wife and actress Rita Wilson went through a tougher time. Wilson and Hanks were among the first celebrities to reveal their positive diagnosis last month, while they were in Australia. Hanks was filming an untitled Elvis Presley film in the country. The couple are now back in Los Angeles, and on the way to recovery.

In an interview on The National Defense Radio Show, the 63-year-old actor detailed his and wife's struggle with respiratory illness, reports a Hollywood portal. "Rita went through a tougher time than I did," he said of their recovery in Australia, adding: "She had a much-higher fever and she had some other symptoms. She lost her sense of taste and smell. She got absolutely no joy from food for a better part of three weeks." He continued, "She was so nauseous, she had to crawl on the floor from the bed to the facilities. It lasted a while."

Hanks "had some body aches and was very fatigued", and shared how he struggled to find the energy to do simple exercises. He and Wilson were placed in "lockdown for three days" in a local hospital. "Whoever it was, doctor, nurse, would come into our air pressurized room, our isolation rooms. She said, ‘How are you feeling?' and I said, ‘I just had the weirdest thing. I just tried to do basic stretches and exercises on the floor and I couldn't even get halfway through', " he recalled, adding that he was "wiped" after 12 minutes into a 30-minute exercise routine. "And she looked at me through her glasses like she was talking to the dumbest human being," he joked, adding: "And she said, ‘You have COVID-19'."

They still do not know when or how they got infected with the virus in Australia. Wilson also opened up about her COVID-19 experience during her appearance on This Morning. The actress said that among her initial symptoms were "chills like I've never had before." "Looking back, I also realised that I was losing my sense of taste and smell, which I didn't realise at the time," Wilson recalled, adding that her fever "got close to about 102 by day nine".

She said that doctors gave her chloroquine which had "extreme side effects" on her. "I was completely nauseous and I had vertigo. I could not walk and my muscles felt very weak. I think people have to be very considerate about that drug. We don't know if it's helpful in this case," she added.