Advertisement
HomeHOLLYWOODNewsWarner Bros. reschedules release dates of ‘The Batman’, ‘The Flash’, ‘Shazam! 2’ and several films in the wake of Coronavirus pandemic

Warner Bros. reschedules release dates of ‘The Batman’, ‘The Flash’, ‘Shazam! 2’ and several films in the wake of Coronavirus pandemic 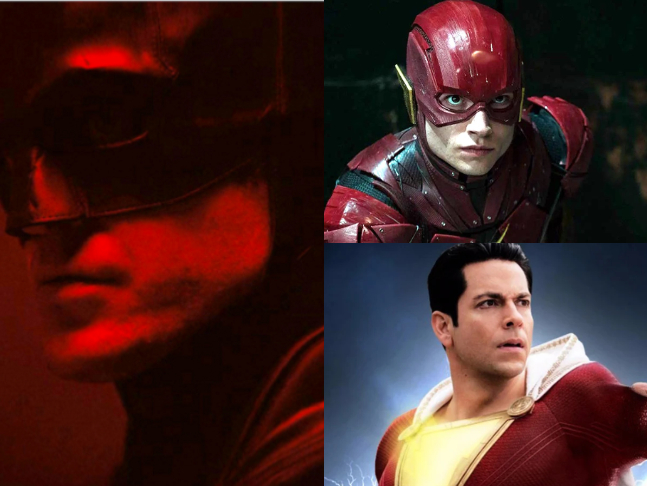 After Disney and Marvel, Warner Bros. has just moved and rescheduled a bunch of their upcoming releases with a few much-anticipated films of 2020 sent to 2021. Matt Reeves' The Batman starring Robert Pattinson as the Caped Crusader will now see the lights not on June 25, 2021 but on October 1, 2021. Besides The Batman, The Flash and Shazam! 2 have been handed new release dates as announced by Warner Bros.

Ezra Miller starrer standalone film on superhero Barry Allen aka The Flash has been brought forward from July 1, 2022 to June 3, 2022. Zachary Levi superhero comedy Shazam! 2 is moving from April 1, 2022 to November 4, 2022. Warner Bros. has also scheduled Westworld co-creator Lisa Joy's sci-fi film Reminiscence an April 16, 2021 release date. These decisions have come in the wake of the ongoing Coronavirus pandemic which has resulted in numerous delays for the film industry globally. The Batman had already suspended filming last month as it was the only one in the production of the aforementioned films.

Yes, we have shut down till it is safe for us all to resume... Everyone safe for the moment, thank you for asking, and stay safe too... https://t.co/wDhlYtphlm

However, there have been no release dates of other DC film universe titles. James Gunn's The Suicide Squad is still eyeing an August 6, 2021 release while Dwayne Johnson starrer Black Adam still holds its December 22, 2021 release date. Jason Momoa's Aquaman 2 will also release a year later on December 16, 2022. On the other hand, Gal Gadot's Wonder Woman 1984 was already pushed from June 5 to August 14 but that should be changed given the global situation.

Will Smith's King Richard, in which he plays the father of tennis champions Verus and Serena Williams has been moved from Thanksgiving 2020 to November 19, 2021. Baz Luhrman's untitled Elvis film starring Austin Butler as 'The King' and Tom Hanks as Colonel Parker also has a new release date. It will now open on November 5, 2021, instead of October 1, 2021. The Coronavirus pandemic and subsequent lockdown have wreaked havoc across the globe and on several industries. With the world still combating the pandemic and remaining locked up in their homes, the release of films in theatres seem a distant and extravagant prospect.