Disgraced Hollywood star Kevin Spacey has denied sexually assaulting actor Anthony Rapp when he was underage. Rapp claimed in 2017 that Spacey made unwanted sexual advances towards him after inviting him to a party when he was just 14. In new court documents, Spacey has insisted that Rapp was not even present at the particular party, reports femalefirst.co.uk. 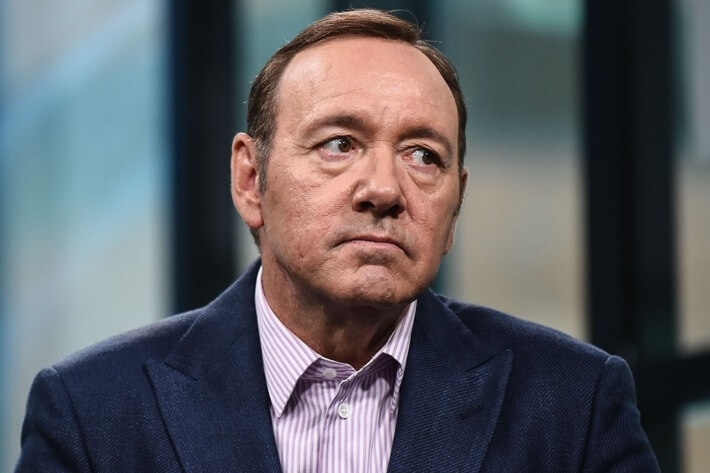 Spacey also denied similar claims made by another individual, identified as C.D, who alleged he was raped at the age of 14 when he visited Spacey's home after they met at an acting class. Spacey, 61, asserted that he wants C.D.'s anonymity to be removed. According to OK! magazine, his lawyer wrote: "(Spacey) objects to Plaintiff C.D.'s use of a pseudonym and failure to disclose his identity, even to (Spacey). Despite this improper withholding of his identity, and (Spacey's) resulting inability to fully investigate and address the allegations, (Spacey) nonetheless makes a good faith attempt to answer the allegations in the Complaint."

"By providing this Answer, (Spacey) in no way suggests he has not been, and does not continue to be, prejudiced by Plaintiff C.D.'s anonymity. (Spacey) reserves the right to amend this Answer as deemed necessary or appropriate, including once Plaintiff C.D.'s identity is disclosed," his lawyer stated. Spacey was accused of assault by several men in 2017, and was dropped from the House Of Cards show after allegations surfaced. He has mostly kept a low profile since the slew of sexual assault claims emerged, always having denied the claims. He was also removed from the completed film All The Money In The World, which was re-shot with actor Christopher Plummer in his role.