Advertisement
HomeHOLLYWOODNewsArmie Hammer’s ex-girlfriend claims he carved an ‘A’ into her body, says the relationship was ‘like 50 Shades of Grey without the love’

Armie Hammer’s ex-girlfriend claims he carved an ‘A’ into her body, says the relationship was ‘like 50 Shades of Grey without the love’

Things are not looking up for Armie Hammer. After he was warned by Cayman Islands Police for posting objectionable video and DMs on his private Instagram account that cost him several lucrative projects, now some gory details about his BDSM, bondage and supposed cannibalism fetishes have come to light, thanks to a tell-all interview given by his ex-girlfriend Paige Lorezne. The 22-year-old Instagram model previously released a YouTube video this week in which she tearfully recalled the ordeal she went through while in a relationship with Hammer and talked about why she is leaving Los Angeles. In her recent interview to a tabloid, she said that her time with Hammer was “like a real life 50 Shades Of Grey without the love.”

She said, “I had bad bruises all over me when we were together. I was left with marks from him using a paddle. I was his own real life Christian Grey fantasy. There were teeth marks and bite marks all over me. He was completely obsessed with biting me. He told me ‘be proud as they were just love bites.’ Once he said, ‘If you did not tell me to stop I would eat a piece out of you.’ And he was serious too. It was like he actually wanted to eat my flesh away. He wanted to find a doctor in LA, so that he could remove one of my ribs, as ‘you do not need it’ and then barbecue it and eat it while I watch. He said that more than once. He was very serious.”

Paige also claimed that Hammer used a sharp knife to carve his first initial ‘A’ into her skin just above her private parts and when it bled licked the blood. She said, “He would love to do knife play, where he would wave the blade above me or glide it across my skin. He was obsessed with it and usually he did not cut me. However that night he decided he wanted to brand me as his property and carve his name on my body. He tried to rationalize it as his gesture of his commitment to us being together for the long term. I wasn’t sure he was serious, as he looked over my body and said: ‘where should I carve an A on you?’ Before I could process it, he plunged the tip of the knife into my flesh just above my vagina.”

She continued and said, “The pain was excruciating, but I did not want to seem weak, despite the discomfort. I froze as he smiled at his work. He then said the cut was not deep enough, even though it was about an inch – the whole tip of the blade. He said he wanted to collect a kitchen knife to make it bigger, but then as it bled, he started licking it. This continued for a few minutes. And I kind of blanked it all out. I was concerned that the wound was going to get infected. I had to clean it and put a bandaid on afterwards. He knew I was upset, but did not say sorry. The next day he even told people about what he had done. I was upset, embarrassed and humiliated, but he insisted: ‘You should be proud of it. I would not tell anyone who did not think it was awesome.’ I rationalized it with his logic of us being a couple, to mask the truth – but I was completely manipulated. It’s humiliating as it will haunt me forever. I will have laser treatment to get rid of the scar.” 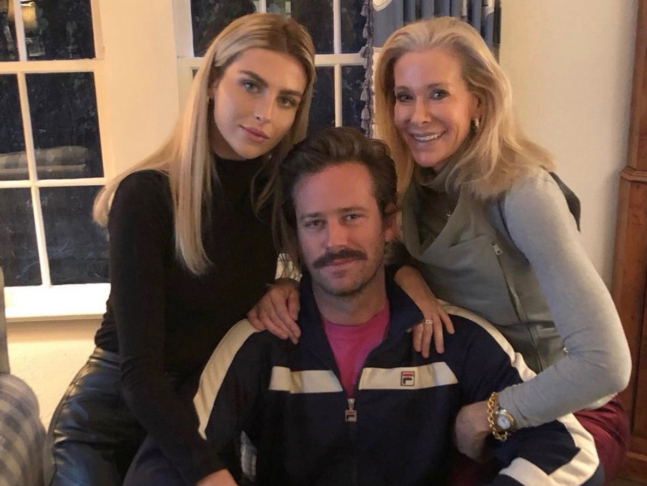 Hammer’s lawyer has dismissed Paige’s claims and said ‘any interactions with this person, or any partner of his, were completely consensual in that they were fully discussed, agreed upon, and mutually participatory’. In one of the leaked DMs, Hammer had allegedly said, “I am 100% a cannibal” to the woman who shared the messages. Hammer split from wife Elizabeth Chambers back in July 2020 and he recently traveled to the Cayman Islands, where she has been living with their two kids to reunite with them. He had to undergo drug tests before meeting his children.

Prince Harry wants Damian Lewis to portray him on Netflix’s ‘The Crown’; talks about ‘toxic’ media intrusion that was destroying his mental heath