Advertisement
HomeHOLLYWOODNewsChrissy Teigen reveals Kim Kardashian tried her best to save her marriage with Kanye West, says 'it's a shame that it didn't work out'

Chrissy Teigen reveals Kim Kardashian tried her best to save her marriage with Kanye West, says 'it's a shame that it didn't work out'

Chrissy Teigen has now spoken about Kim Kardashian's marriage and her concerns about the same. Chrissy and Kim are extremely close friends. Chrissy recently appeared on What Happens Live with Andy Cohen. She revealed that the reality star has been going through a lot. She was asked if her husband John Legend is in touch with Kanye West since they came to know about their divorce. Chrissy added that more than Kanye and John, she has been in constant touch with Kim.

"Kim is doing okay. I know Kim gave her all for everything," she said. "It's honestly a shame that it didn't work out because I saw them being a forever relationship." "I really did, but I know she tried her best," Teigen continued.

When a fan asked Teigen about the status of husband John Legend's friendship with Kanye, the Chrissy's Court star replied, "I will say I have definitely been in touch with Kim more than John has been in touch with Kanye." "If anyone knows Kanye, it's that he goes off the grid and it's hard to ever contact him," she said with a laugh. 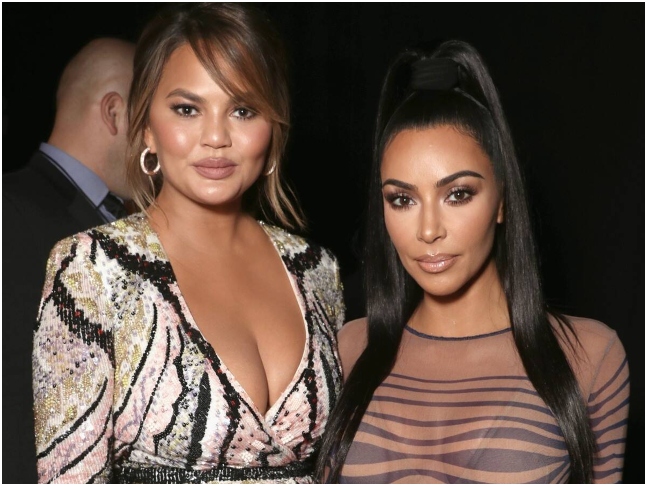 Recommended Read: Kanye West and Kim Kardashian agree for joint custody and co-parenting for their four children after divorce

Two months after Kim Kardashian filed divorce papers, rapper Kanye West asked for joint custody of their kids. According to a court document of April 9, Kanye requested for joint physical and legal custody of their four kids -- North, 7, Saint, 5, Chicago, 3, and Psalm, 23 months.

Kim had also requested shared custody when she filed the documents on February 19. This indicates that the pair is willing to work out an arrangement where they will co-parent, according to eonline.com. The two celebrities have also agreed to the fact that neither party needs to pay spousal support and that they will pay their own legal fees. Rumours of a split started after Kanye started spending most of his time in Wyoming. Kardashian filed for divorce on February 19 this year, after seven years of marriage.

Drew Barrymore urges India to stay strong amid COVID-19 crisis, says ‘my heart goes out to people who’re trying to hold it together’

Prince William and Kate Middleton launch their own YouTube channel; Prince Harry and Meghan Markle share a new photo of son Archie on his 2nd birthday

A Quiet Place Part 2 Final Trailer: Emily Blunt faces the terrors of the outside world as she continues her fight for survival of her family in silence