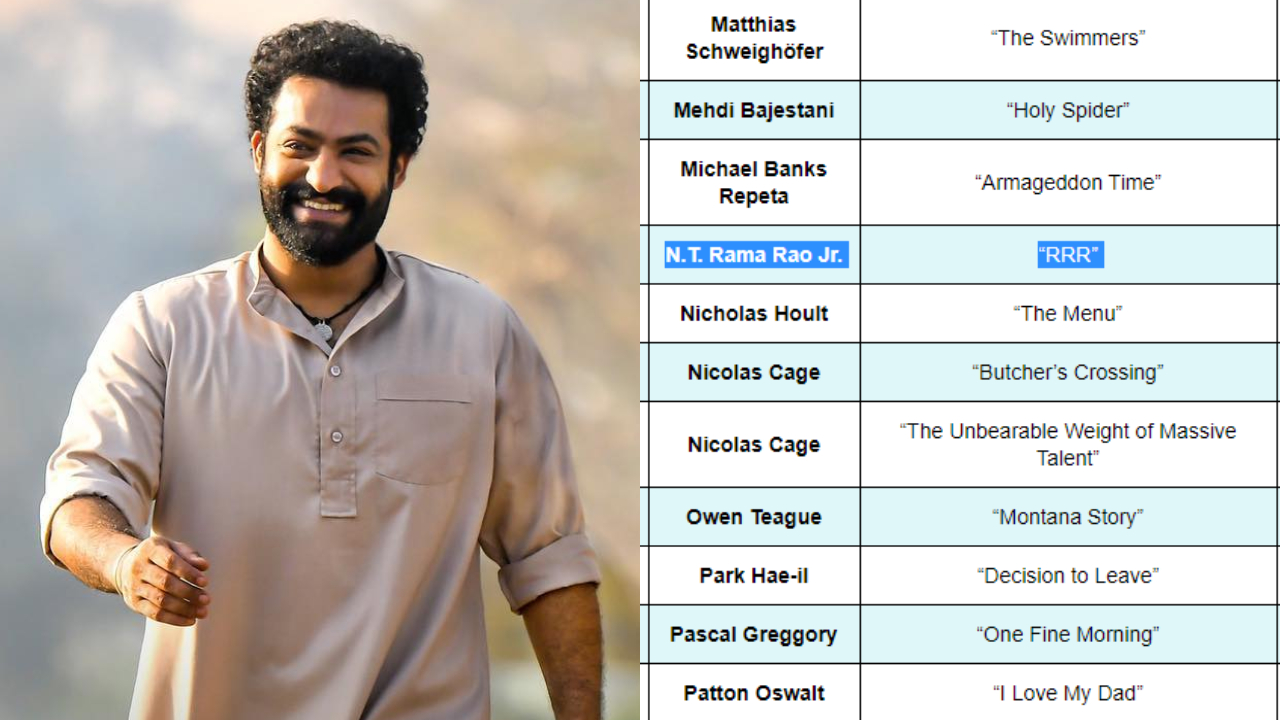 SS Rajamouli’s magnum opus RRR was not only one of the biggest films released in India recently but its roar traversed boundaries and became an appeal to global audience. From Russo Brothers to Marvel artists to celebrated international filmmakers, everyone was blown away by the vision of Rajamouli and the acting prowess of his stellar star cast that included Jr.NTR, Ram Charan, Ajay Devgn, Alia Bhatt, Shriya Saran, Olivia Morris amongst others. The period drama has now added another feather to its well-adorned cap. Jr.NTR has become the first Indian actor to feature in the Oscars Best Actor Predictions list curated by Variety.

Jr.NTR played the role of Komaram Bheem in the period drama and impressed one and all with his physical transformation as well as acting chops. Now, Variety has included his name in the list of hopefuls looking forward to clinching an Oscar nomination in the Best Actor category. Other big names on the list include Austin Butler for Elvis, Daniel Giménez Cacho for Bardo, Hugh Jackman for The Son and more.

Although it is a long shot for Jr.NTR to get an Oscar nomination nod, yet it can be counted as a mammoth achievement for Indian cinema to be recognized at the global level. Nevertheless, the outcome, the Indian fans went into frenzy and could not hide their euphoria at the selection. Check out some reactions below:

One Man Against All ODDS