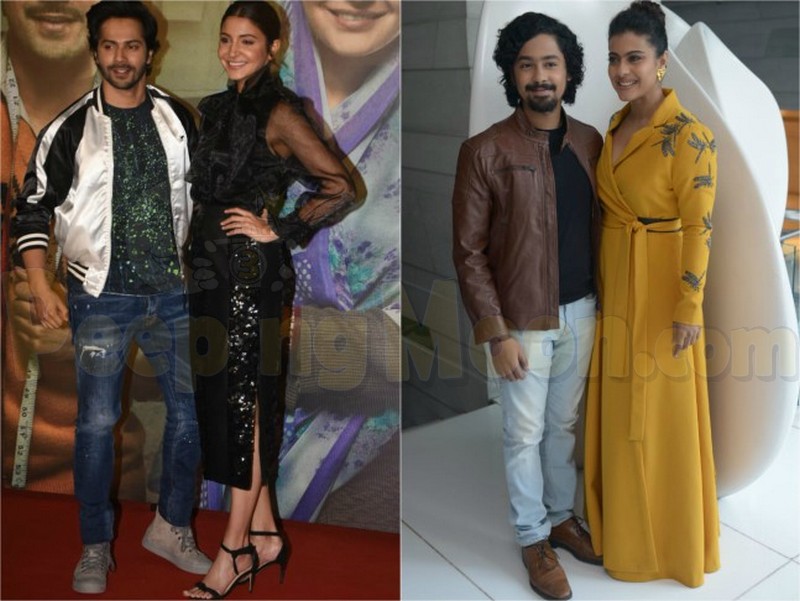 It was a fun-filled day for Bollywood stars as they stepped out and about in the city today. In appearance were Varun Dhawan, Anushka Sharma, Kajol, and Riddhi Sen.

Varun and Anushka who are running high on the success of their week-old film Sui Dhaaga: Made In India hosted a success party today.

The duo was joined by Raghubir Yadav and Yamini Das who played the role of Varun's parents in the film.

The team was also seen having fun at the meet with the band baaja.

On the other hand, Kajol and Riddhi stepped out to root for their upcoming film Helicopter Eela this afternoon.

Kajol looked gorgeous in a yellow outfit and Riddhi opted for a brown leather jacket and a black T-shirt.

The film is slated to release on October 12.