The Mukerjis, including families of actresses Kajol, Rani and director Ayan, are known to be hosting the biggest and grandest Durga Puja festivities in the city during the festival season for the longest possible time. And keeping up with the ritual like every year, Kajol along with her mother Tanuja and sister Tanishaa kickstarted the Durga Puja celebrations at a suburban venue on Shoshti which was celebrated on Friday. For those caught unversed, Bengalis celebrate Shoshti that is the sixth day of Navratri to Doshomi in full spirit and then bid goodbye to the Goddess. The sixth day marks the beginning of Puja celebrations for Bengalis.

For the first day of the major festivities and Shoshti Puja, Kajol opted for a red kurti and teamed it with off-white floral wide-legged pants. She rounded off her look with chandbali and opted for minimal makeup. Tanuja draped a Kantha work saree while Tanishaa opted for a pink saree and paired it with a golden blouse. 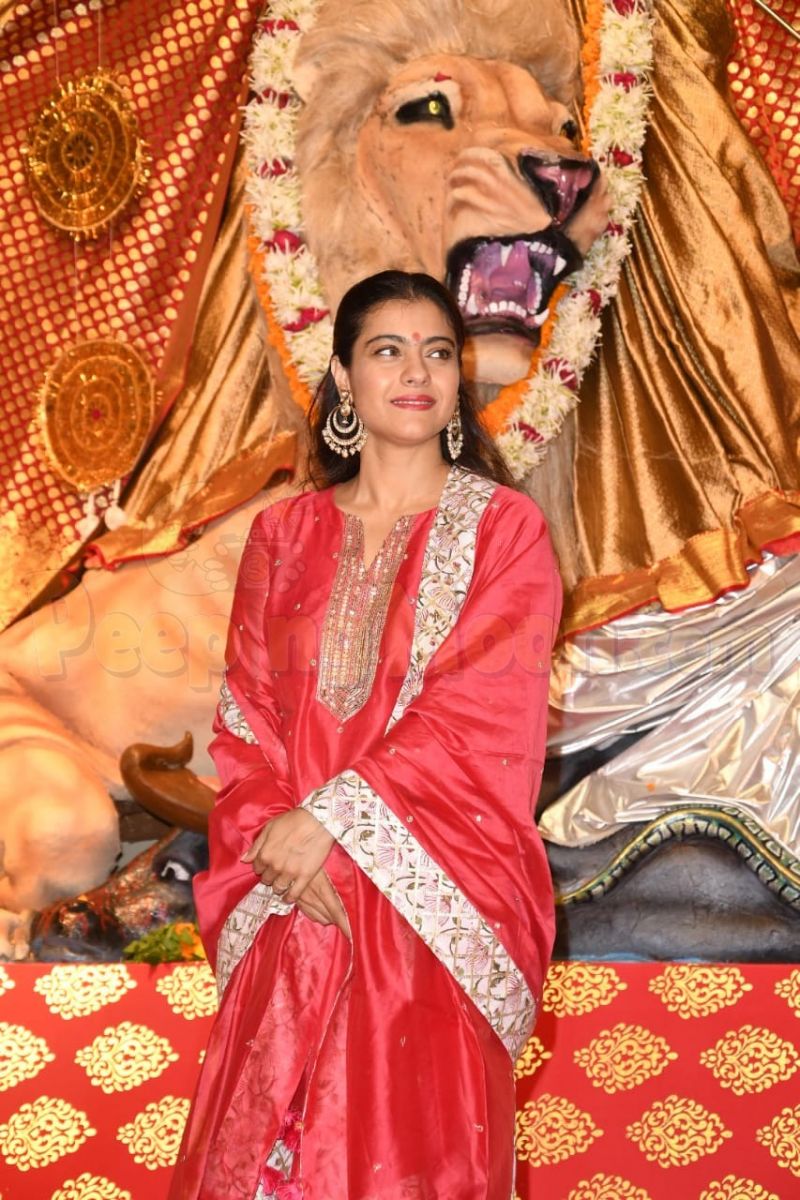 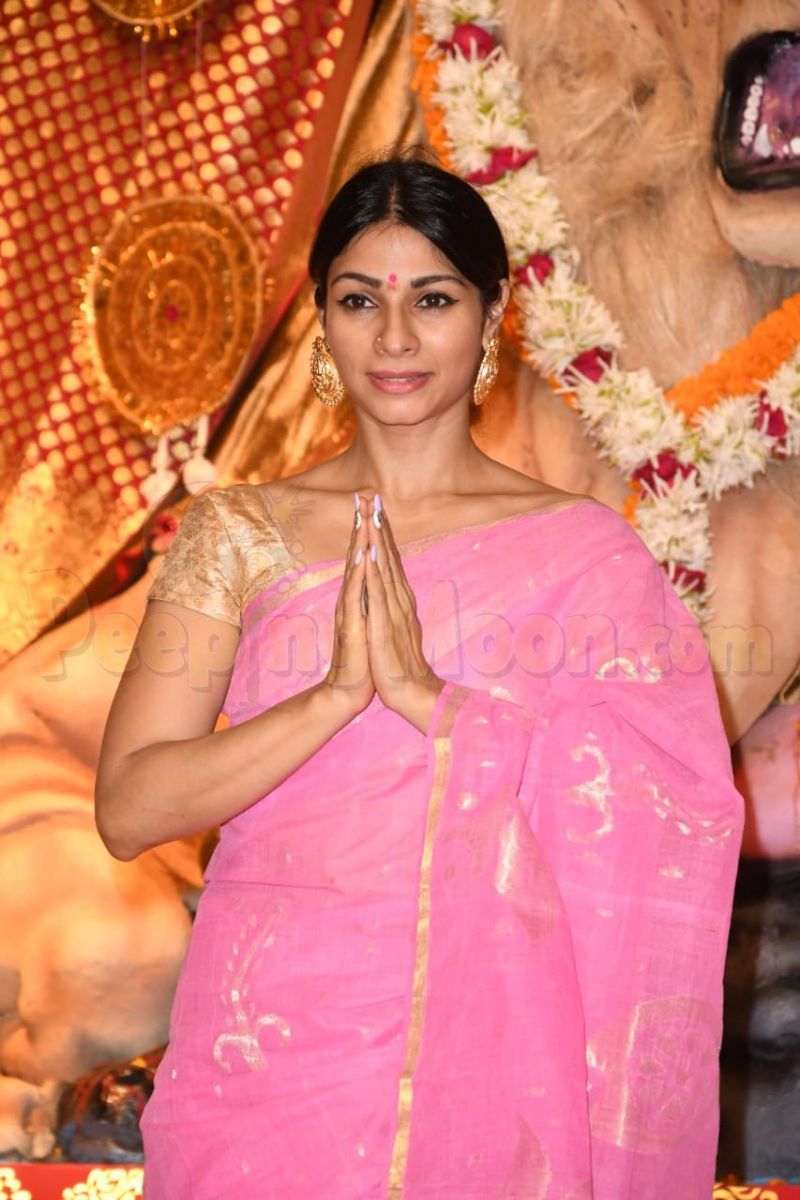 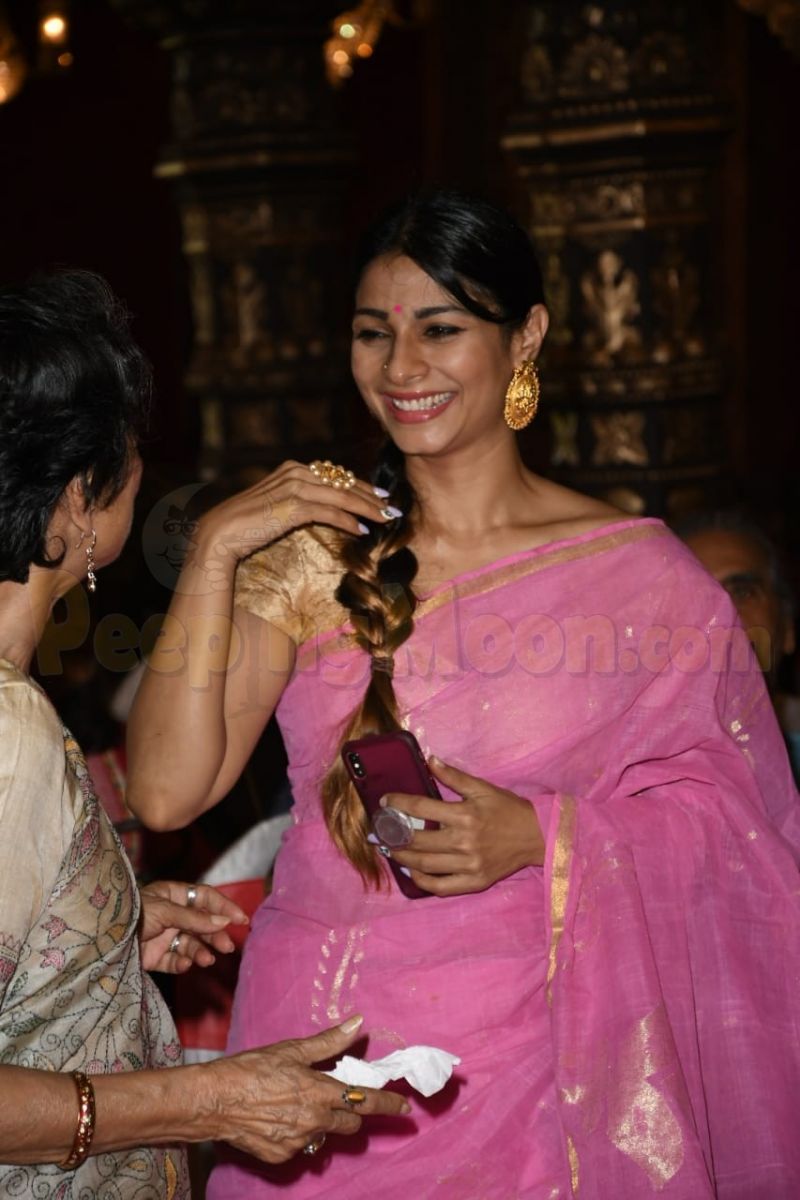 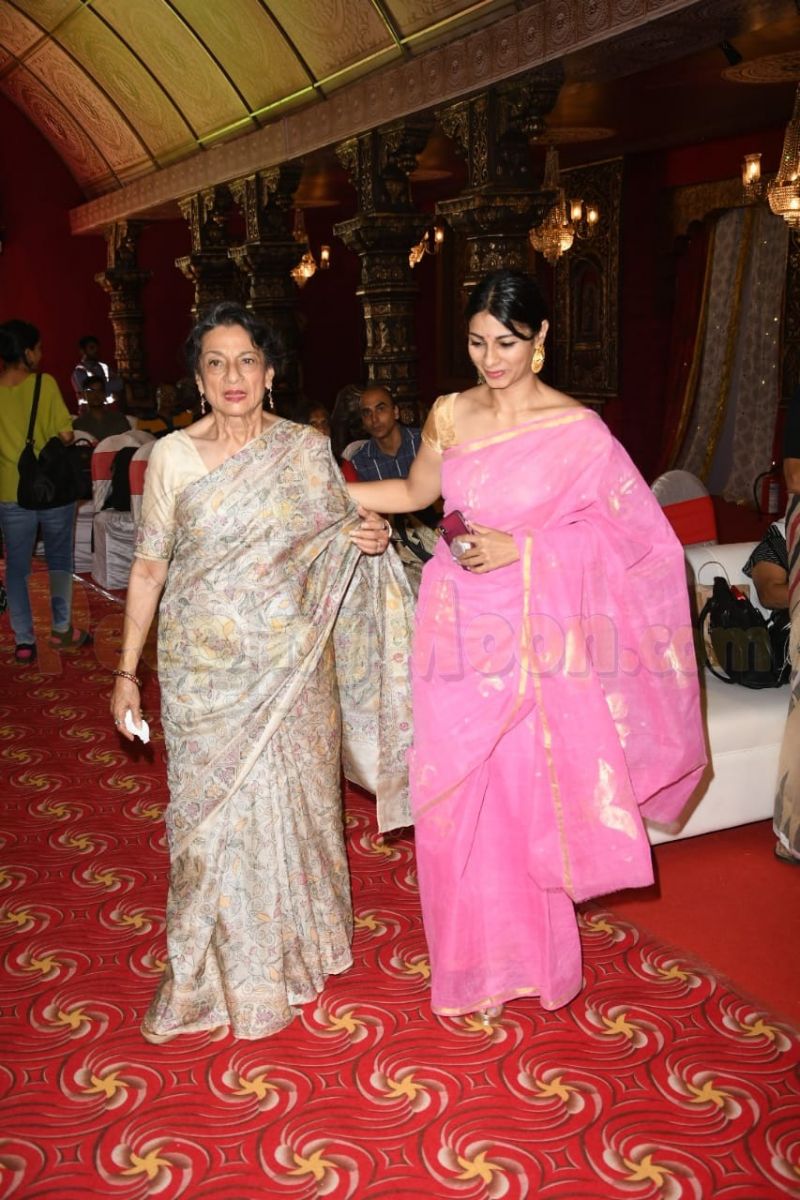 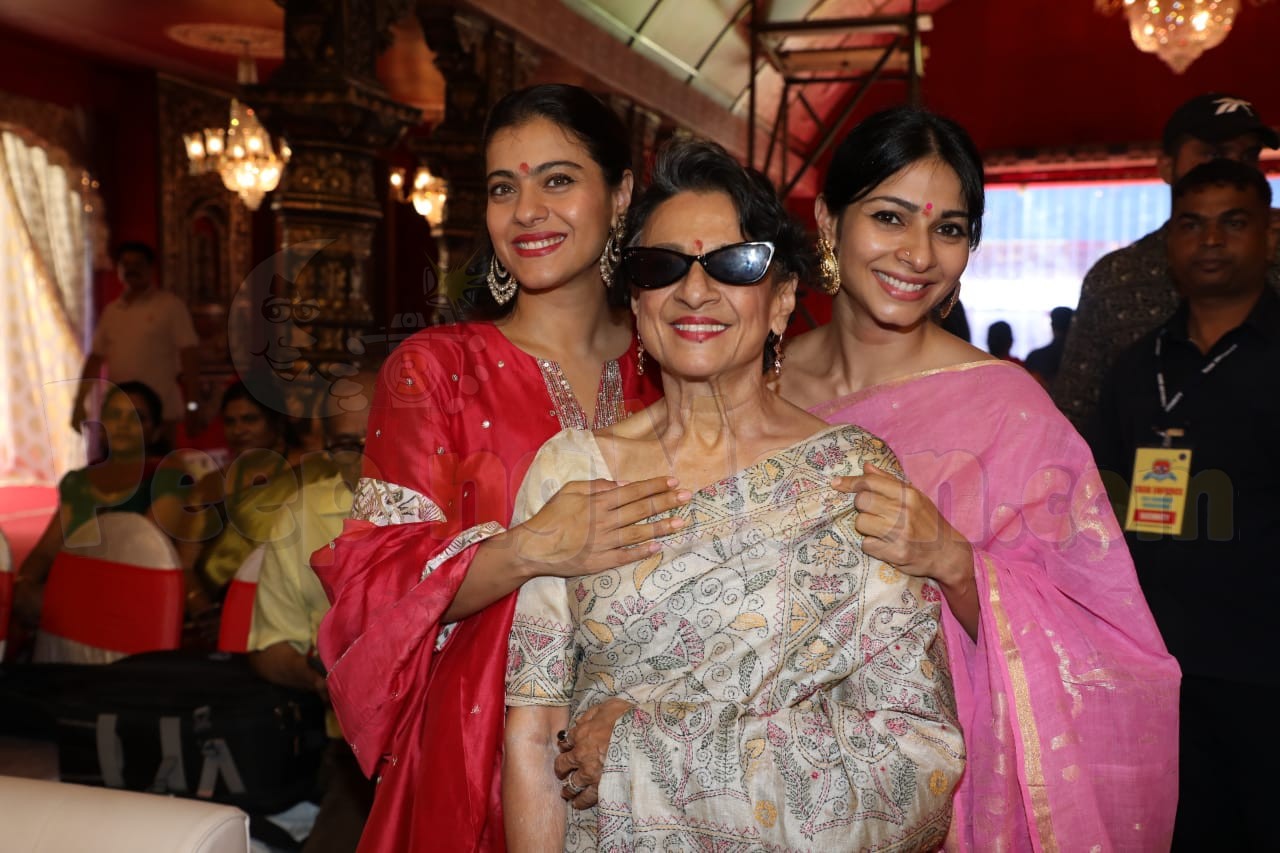 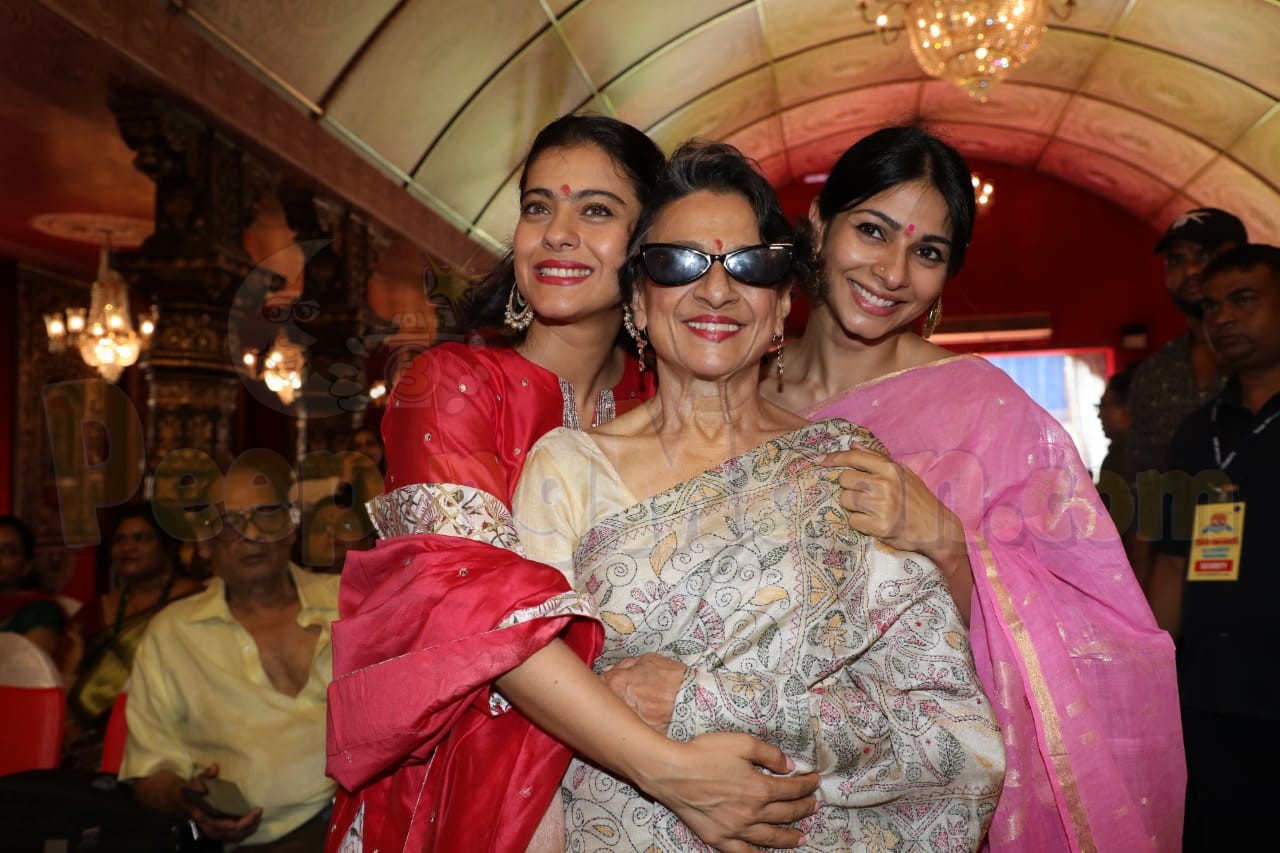 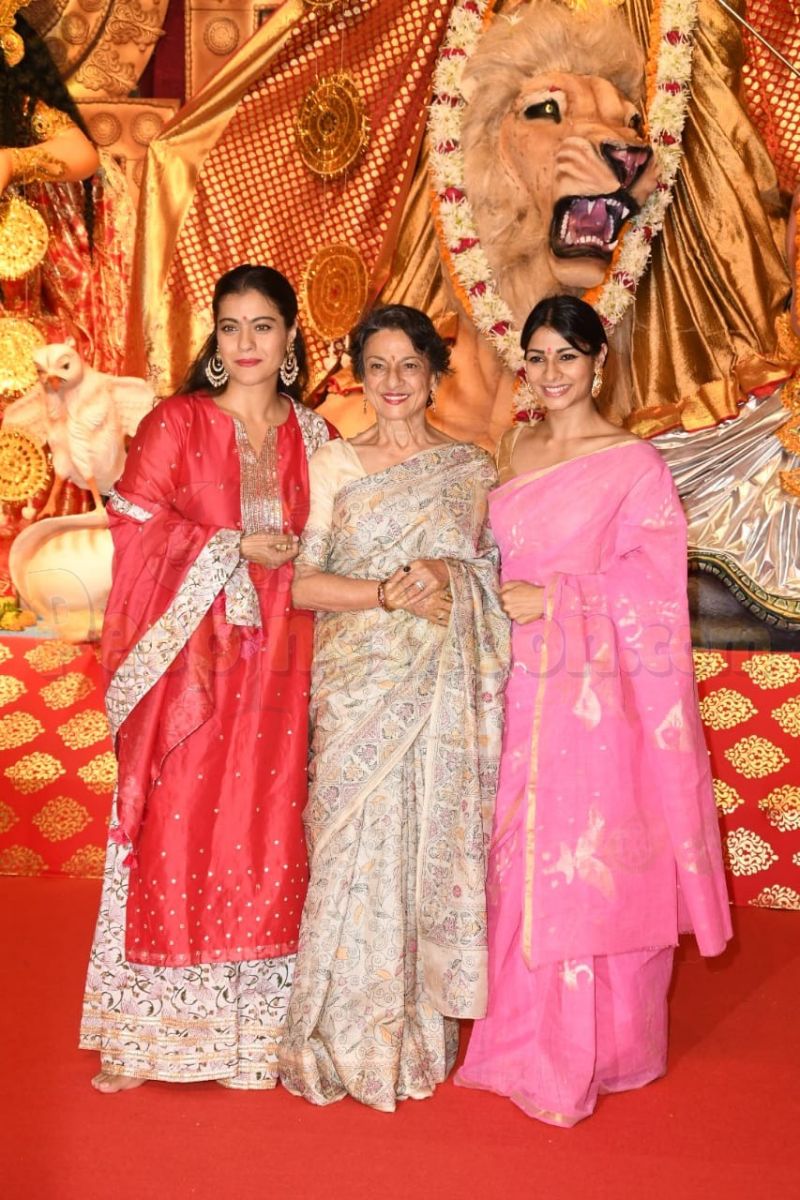 Kajol, at the pandal, was joined by her cousins Sharbani Mukerji and Samrat Mukerji. Tanishaa, Kajol, Tanuja along with Sharbani and Samrat posed for the cameras happily. 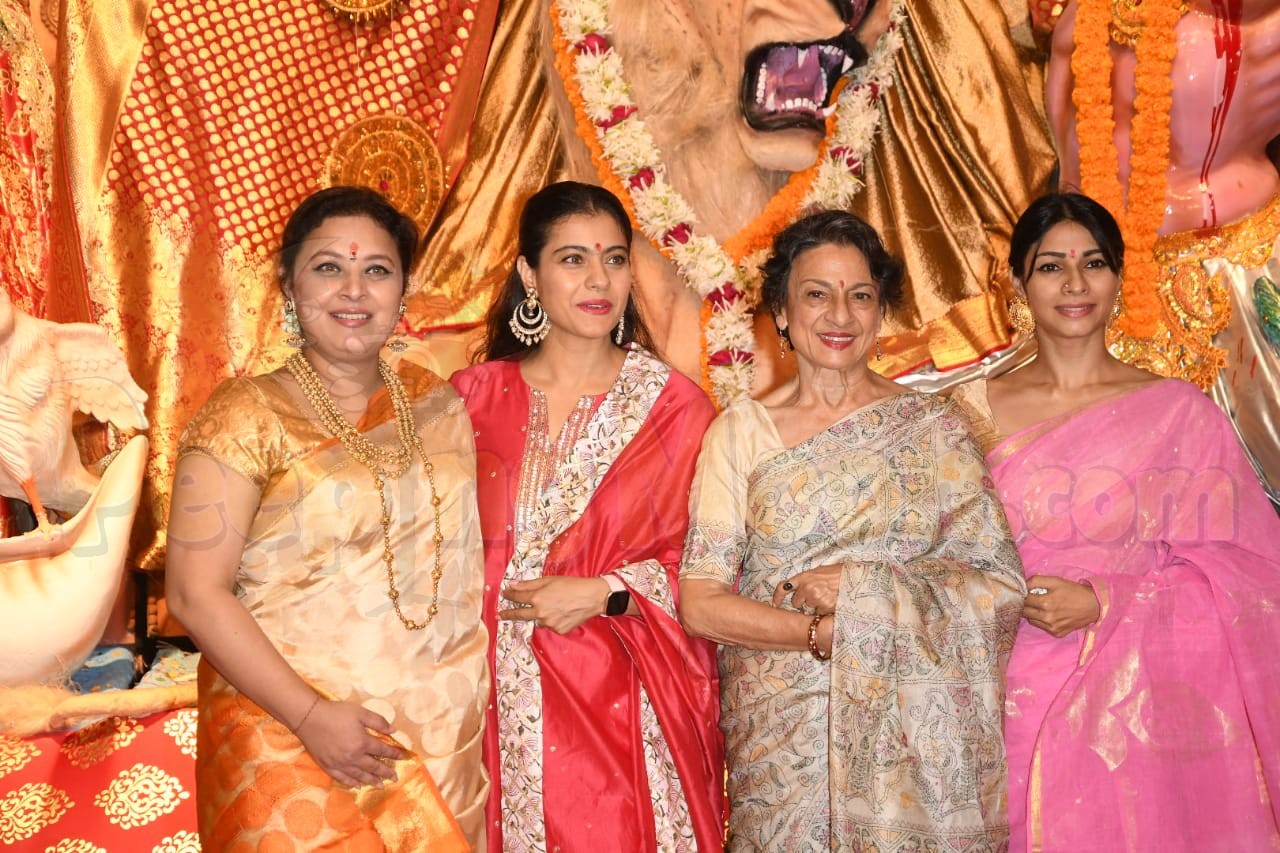 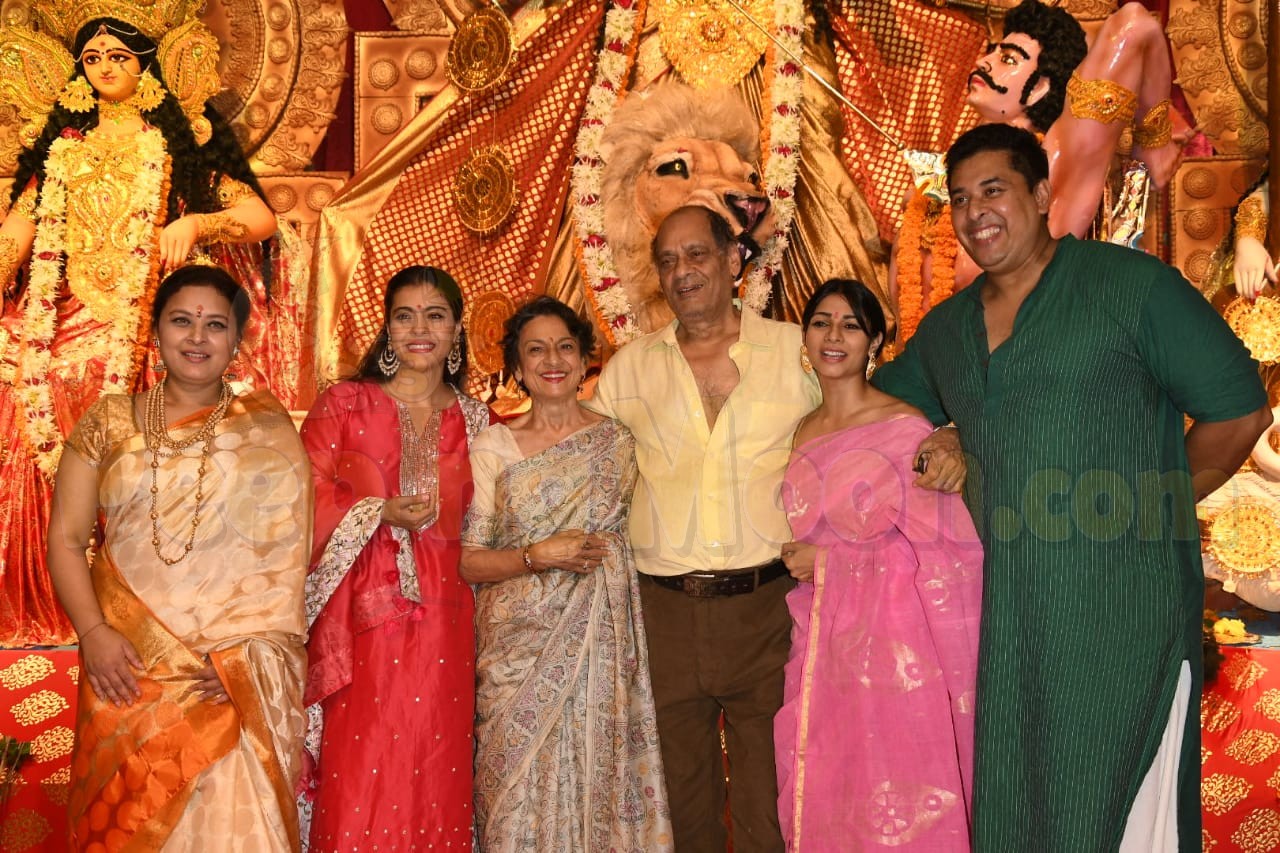 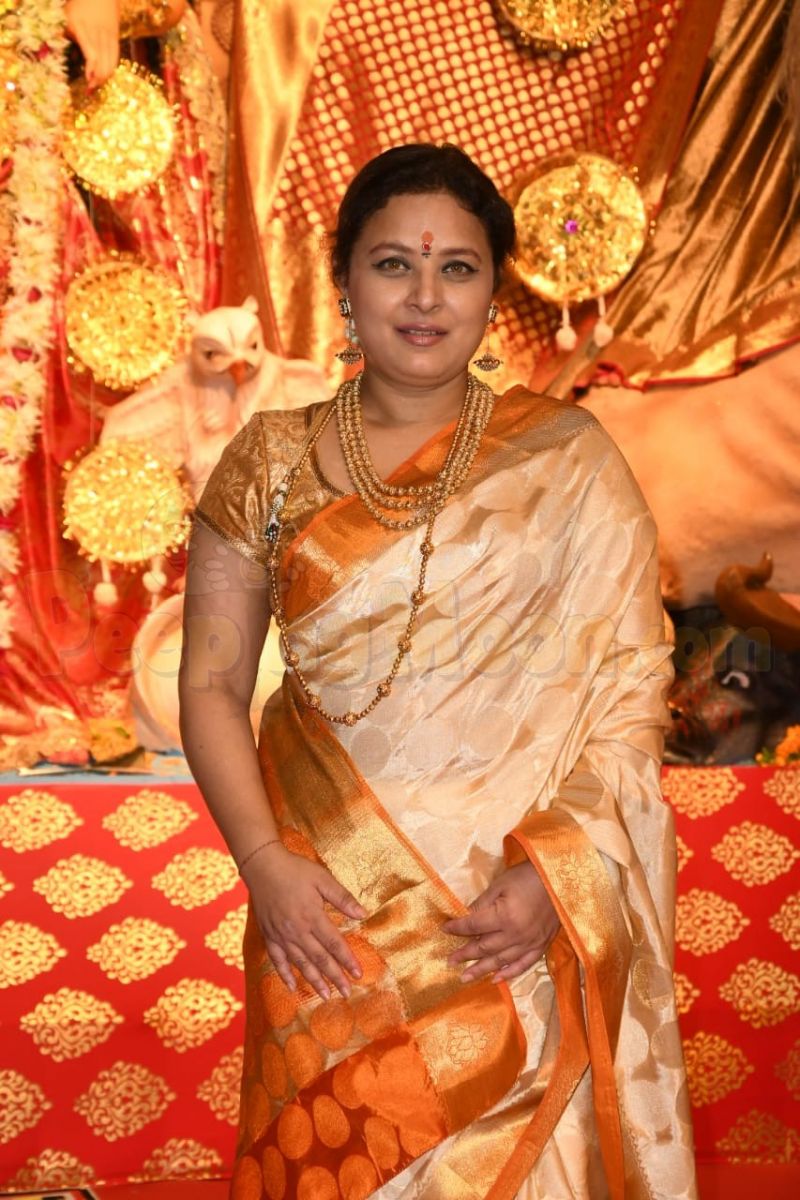 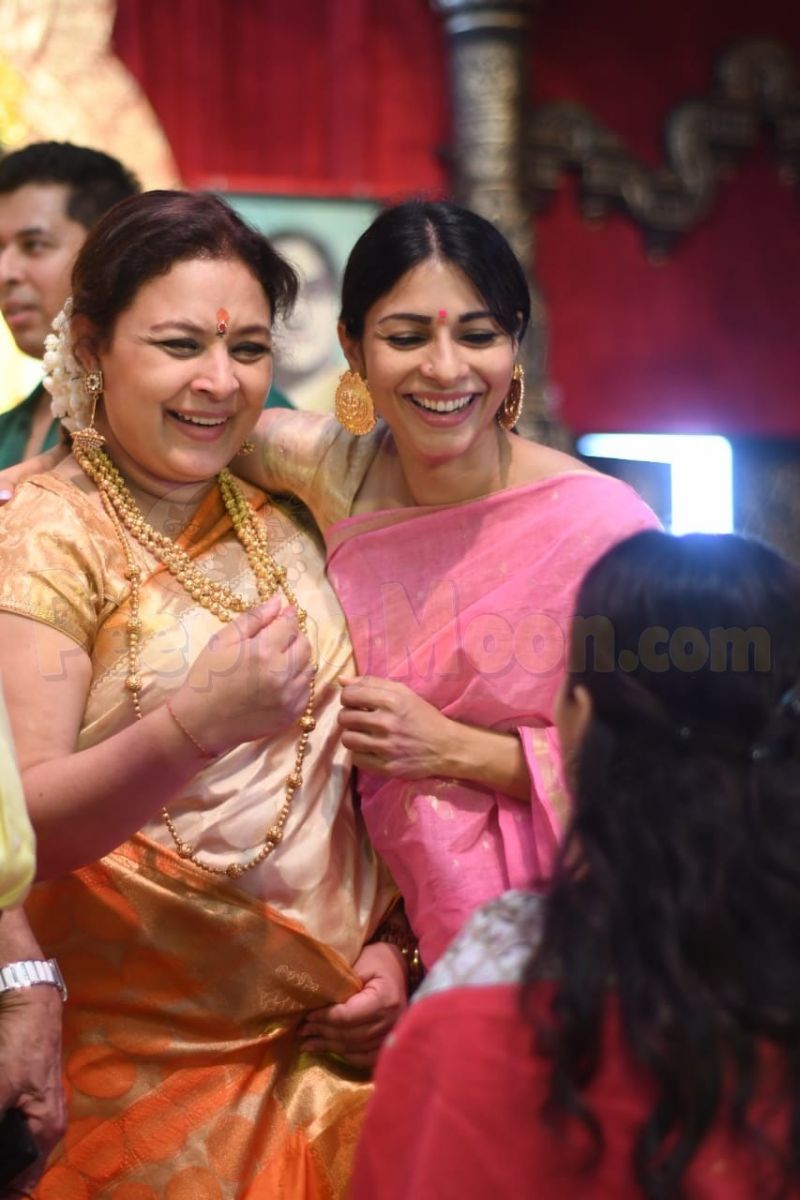