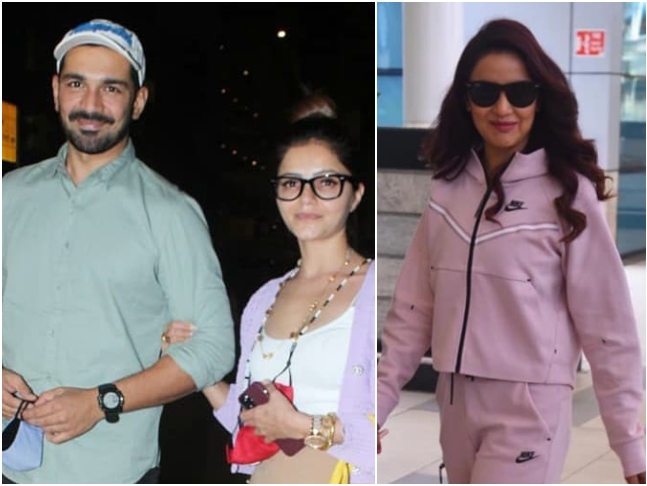 Salman Khan hosted Bigg Boss 14 was one of the most popular shows on Indian television. The participants won the hearts of the audience on the show and became a household name. Rubina Dilaik became the winner. Since then, the actress is busy with back-to-back shoots.

Rubina will be featuring with her husband Abhinav Shukla in the upcoming music video titled Marjaneya. Rubina and Abhinav participated in Bigg Boss 14 together and people loved to see them together. Marjaneya will release on March 18 and the couple shot for the song in Chandigarh. On Saturday night, Rubina and Abhinav returned to Mumbai. While the actress kept it cool in beige coloured pants, a white tee and a jacket, Abhinav looked handsome in casuals.

On the other hand, Bigg Boss 14's Jasmin Bhasin returned to Mumbai. Reportedly, the actress shot for a music video with Shehzad Deol in Punjab. Jasmin was seen in a tracksuit at the airport. The actress headed to Jammu after Bigg Boss 14 with Aly Goni.