Vicky Kaushal, Sara Ali Khan and Katrina Kaif were clicked by the paparazzi at the airport today. However, while Katrina left for London, husband Vicky arrived in the city 7 hours later than her with Sara. Their professional commitments kept them from meeting each other.

Vicky and Sara had been shooting in Indore for the past few weeks for their upcoming yet-untitled romantic-comedy directed by Laxman Utekar. Today morning, the actors returned back to Mumbai after wrapping up the film's shoot.

They were clicked at the airport as they arrived and the posed for the paparazzi. Vicky and Sara were seen walking side-by-side as they exited the airport. 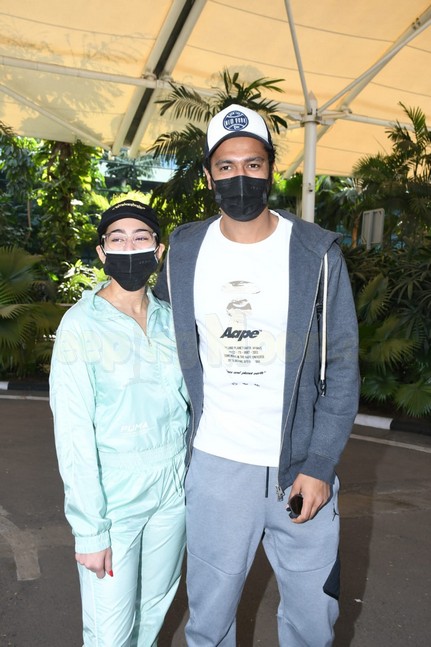 Vicky wore grey track pants, dark grey hoodie and a white T-Shirt paired with white sneakers. He was seen talking on the phone. 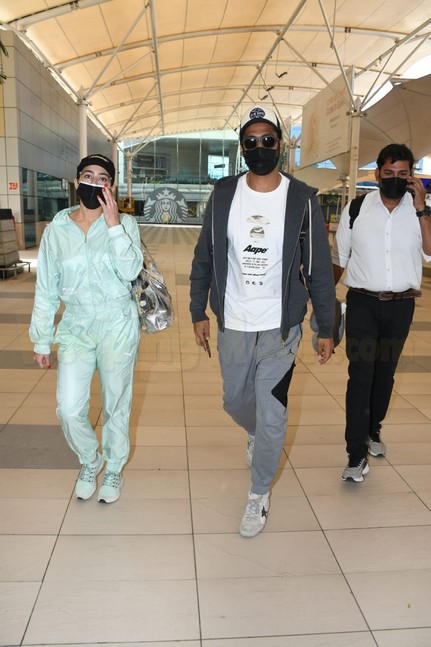 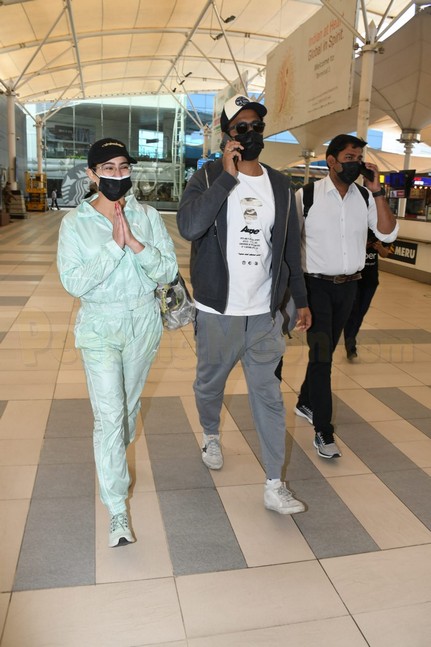 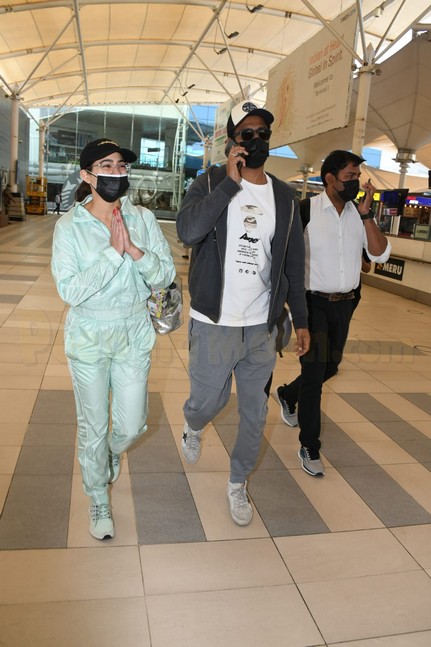 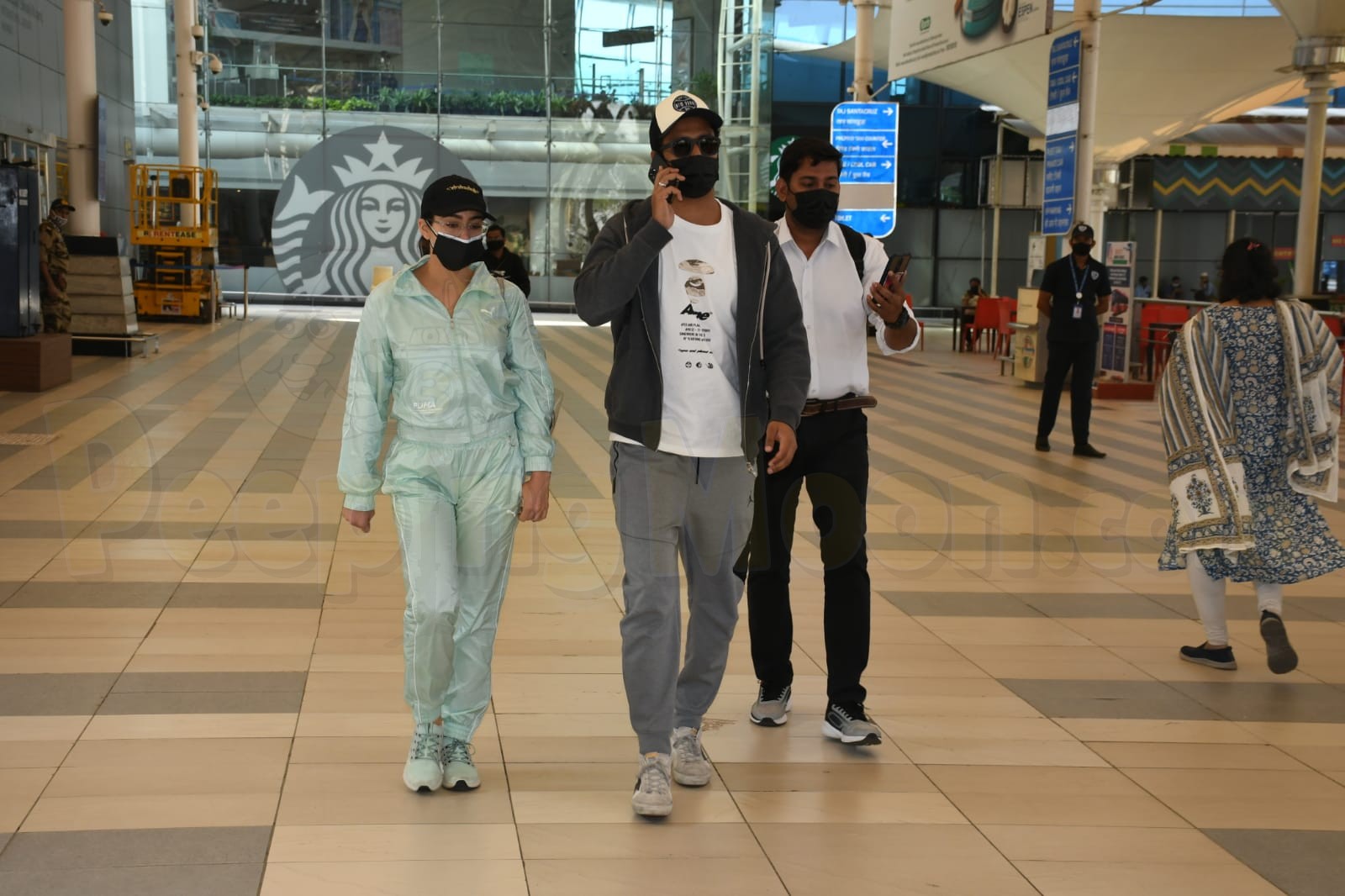 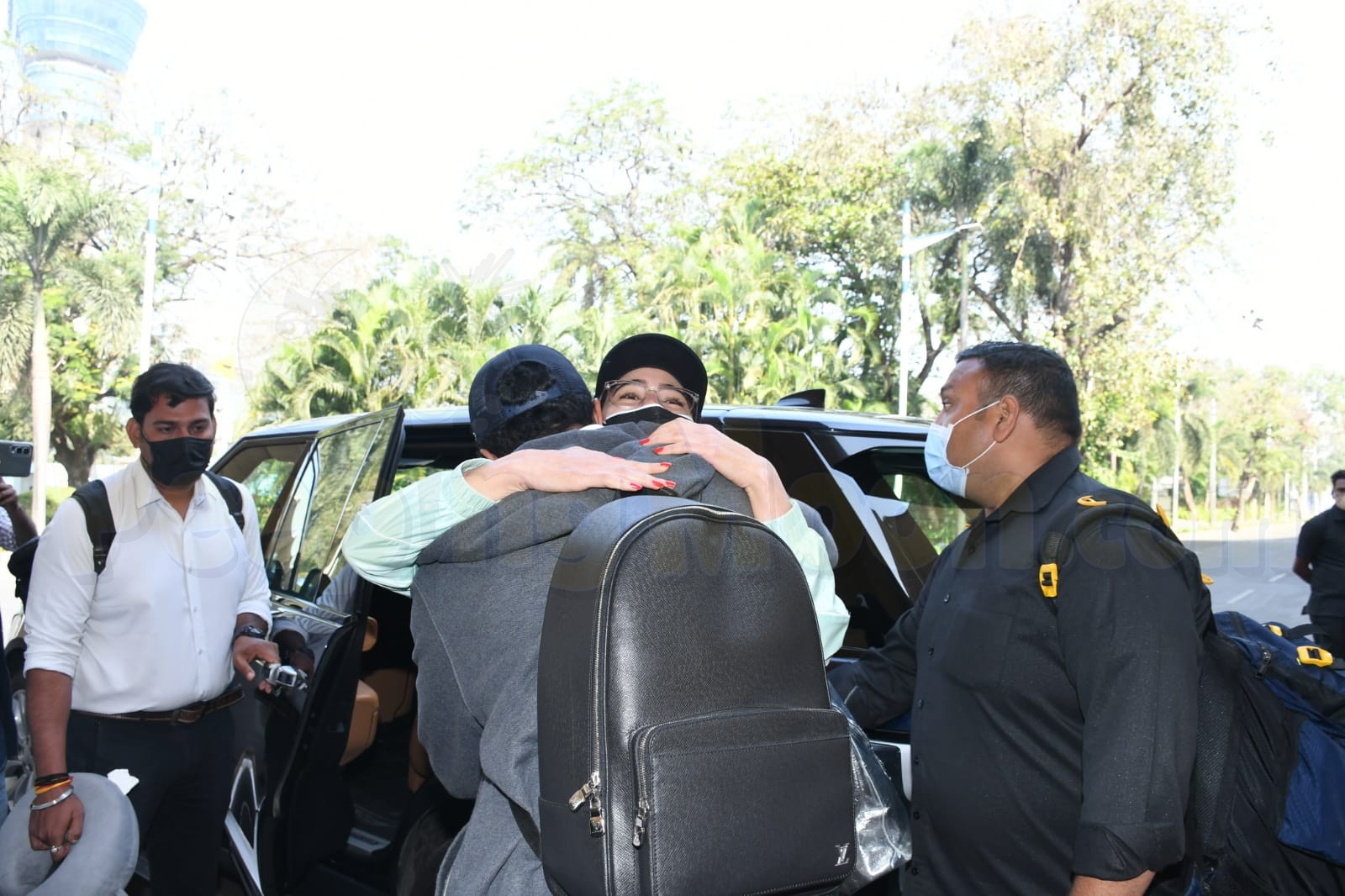 On the other hand, Sara wore a light-green tracksuit with a black cap and white sneakers. Both the actors had their mask on.

Katrina left for London and was seen sporting an all-black look seven hours earlier than husband Vicky arrived in the city. She wore black pants with black top and black jacket. She had her face mask on as well as glasses. Check her out below: 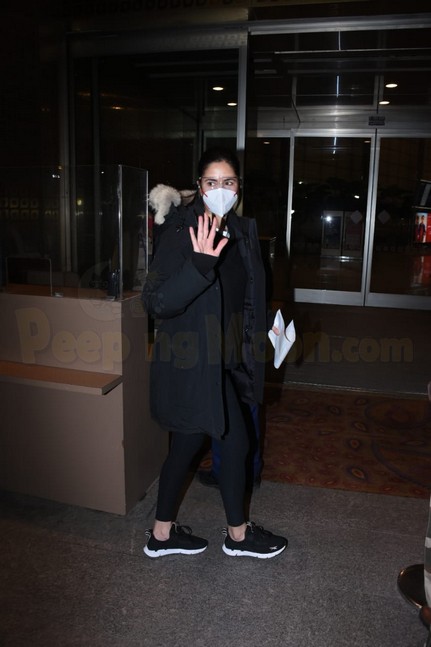 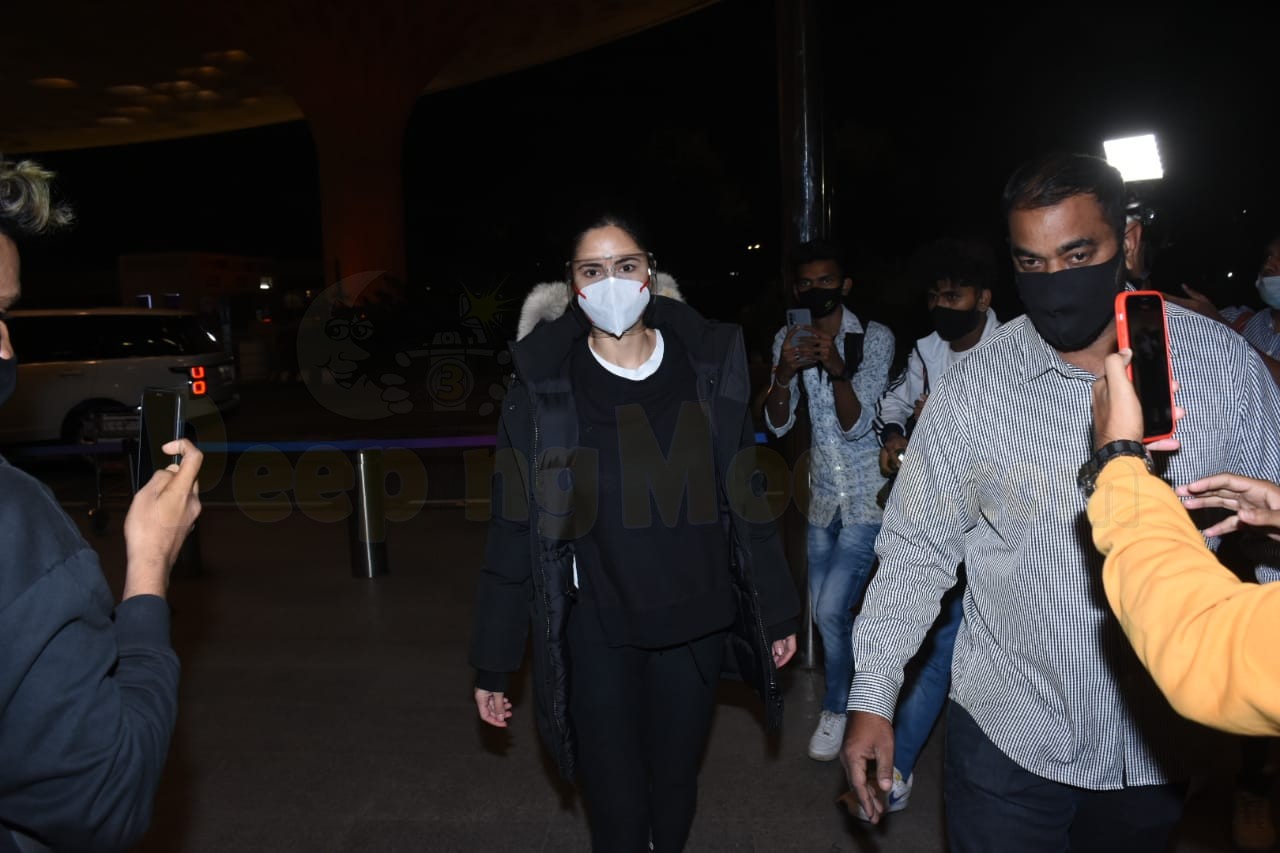 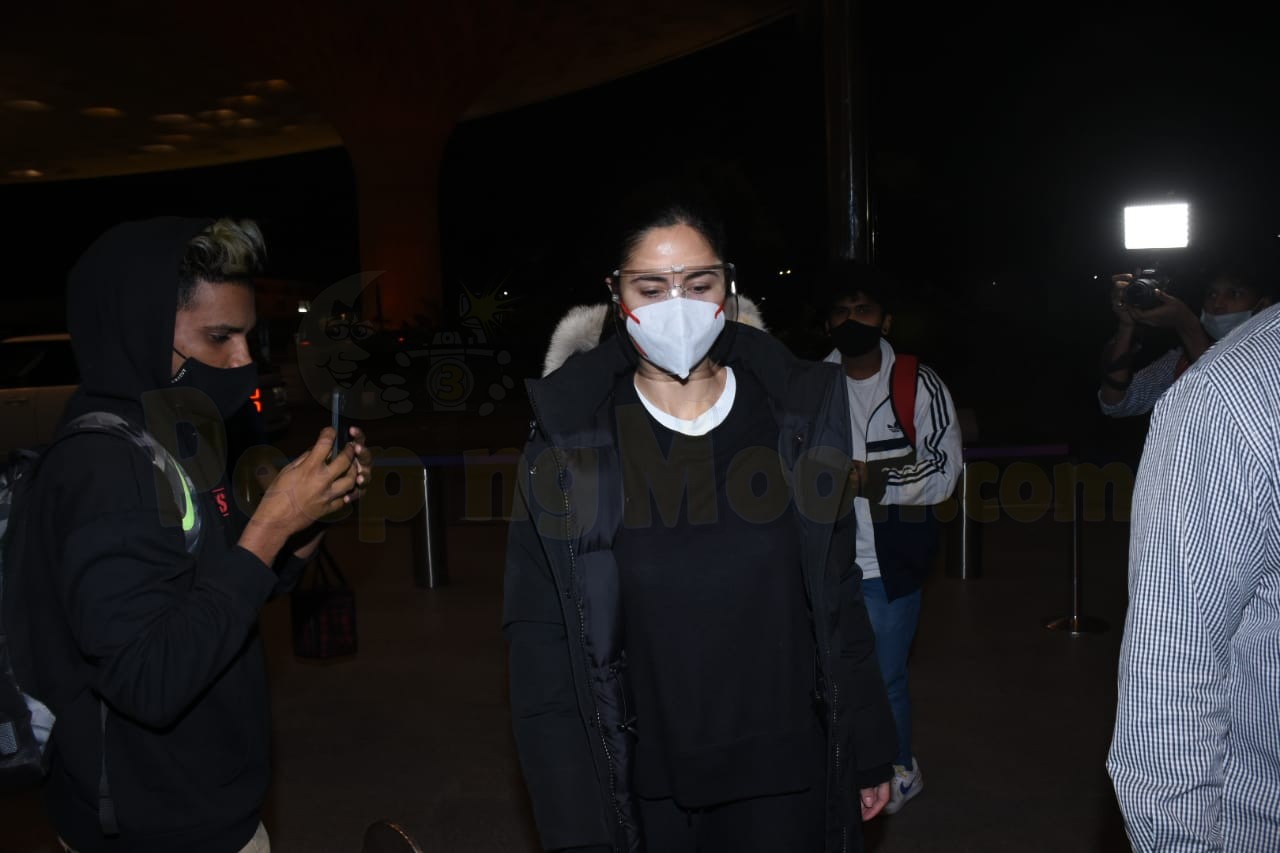