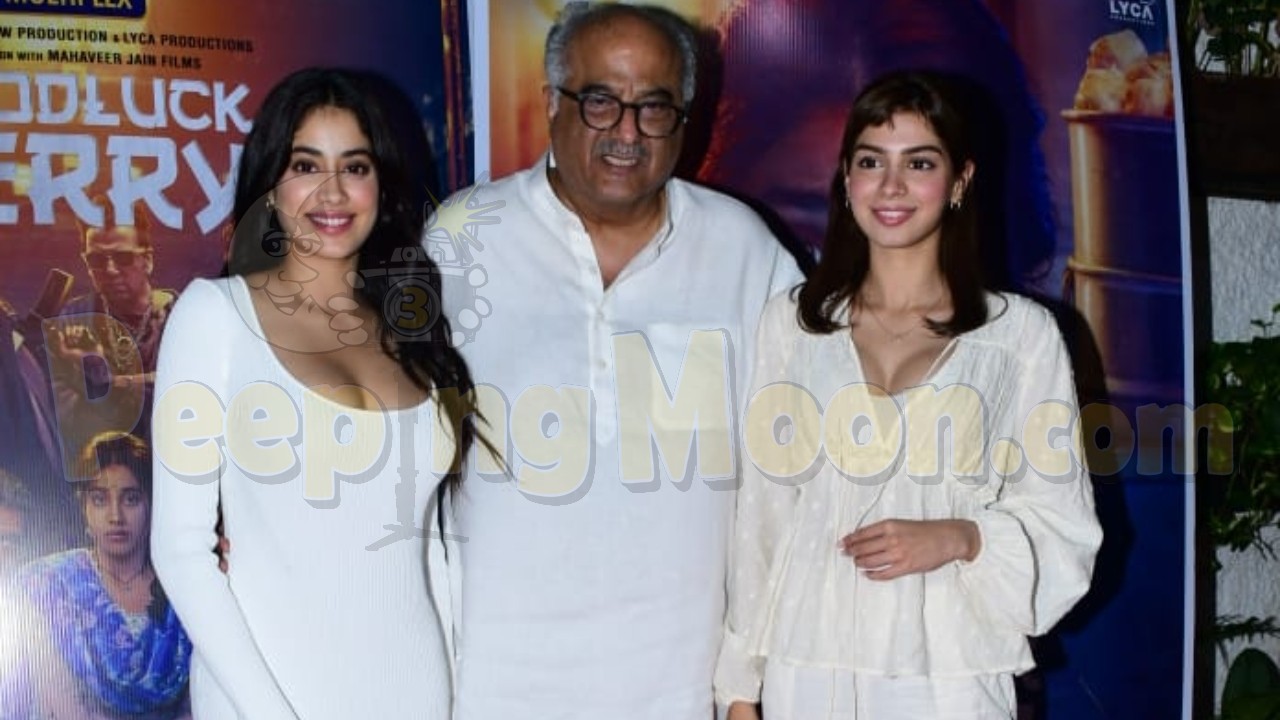 Janhvi Kapoor is basking in appreciation from different corners of the country for her impeccable performance in Aanand L Rai-produced Good Luck Jerry. The film headlined by the actress premiered on Disney+Hotstar on July 29. When the film released, Janhvi was in Europe shooting for Bawaal.

The actress looked stunning in a white bodycon dress.

She rounded off her look with tan-coloured heels.

Boney is Janhvi's father and Khushi is her younger sister.

The Kapoors were dressed in white.

They posed for the shutterbugs happily.

Aanand L Rai, the producer of Good Luck Jerry, was also in attendance.