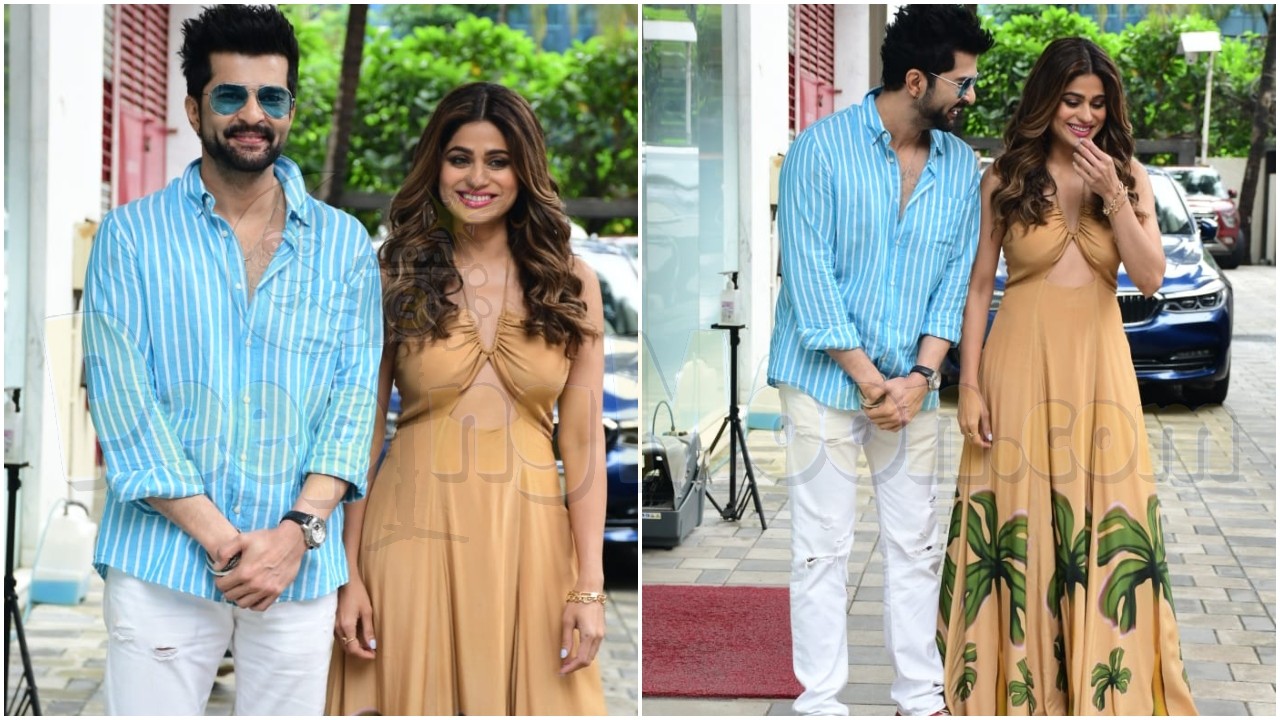 Shamita Shetty and Raqesh Bapat's first music video titled Tere Vich Rab Disda was released on August 5. The song came days after they announced their breakup. Shamita and Raqesh, also known as ShaRa, met on Bigg Boss OTT and fell in love with each other.

On Monday, Shamita and Raqesh promoted Tere Vich Rab Disda in the city.

They were at T-Series' office in the city for interviews.

Like thorough professionals, Shamita and Raqesh reunited for interviews and also posed for cameras.

Don't they look lovely together?

For the promotional activity, Shamita wore a pastel gown.

She opted for subtle glam.

Shamita flashed her happy smile for the cameras.

Raqesh kept it simple in a light blue shirt.

He teamed it up with white pants.

The actor posed for the shutterbugs.