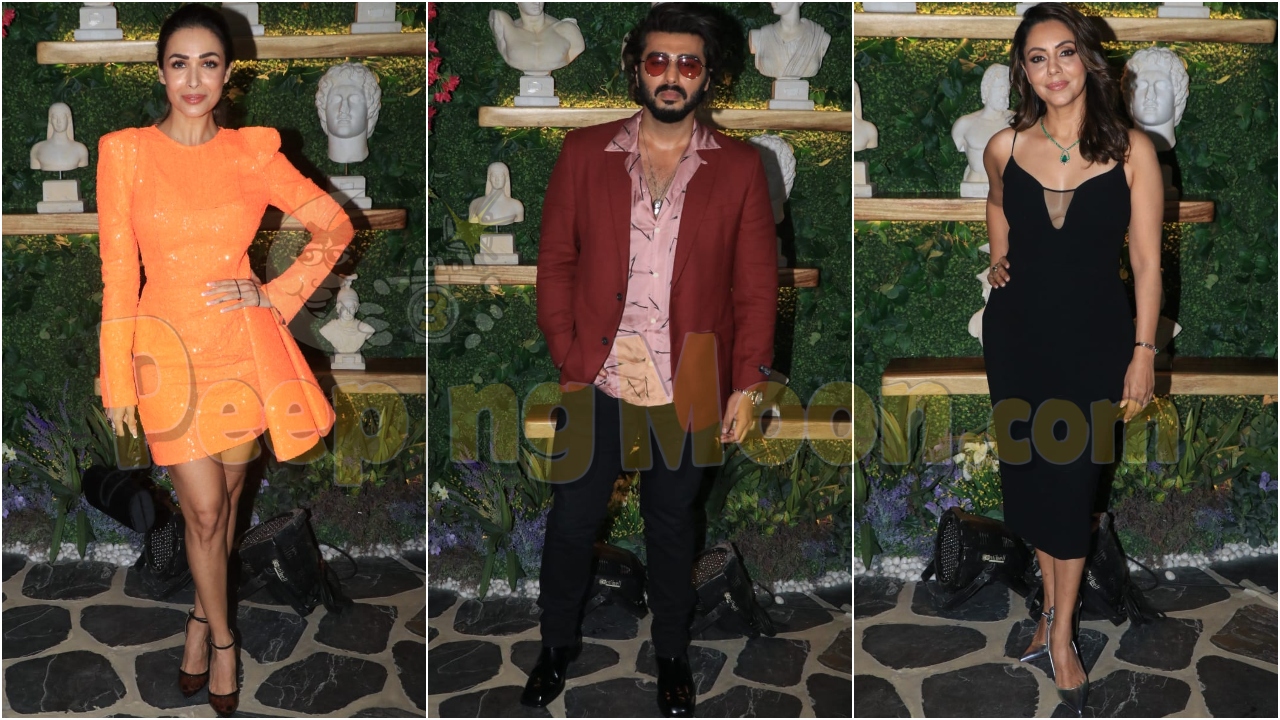 Malaika's beau Arjun looked dapper as he joined the bash. His sister Anshula Kapoor also attended the launch event. Malaika's son Arhaan also made his way to the party.

Recommended Read: After spending some romantic time away, Ranbir Kapoor and Alia Bhatt return from their babymoon in Italy

Gauri made heads turn as she sizzled in a black dress at the party.