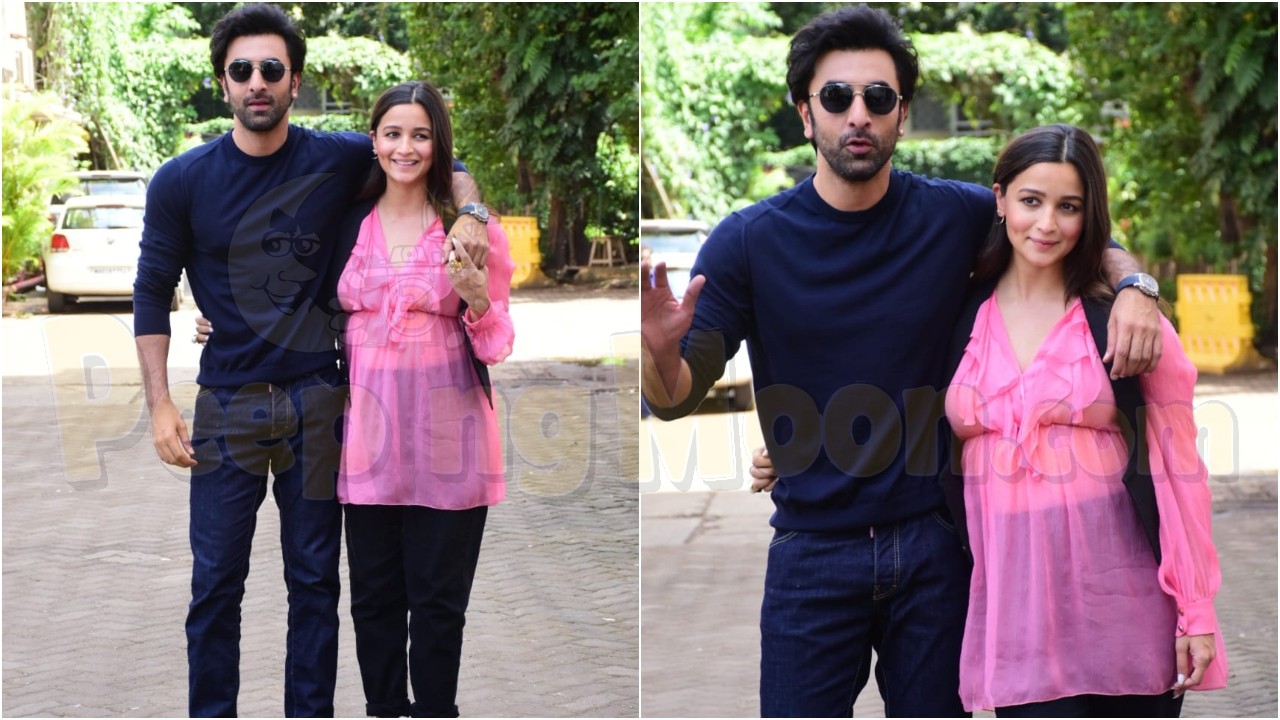 Alia Bhatt and Ranbir Kapoor's Brahmastra is just two weeks away from its theatrical release. The promotions for the Ayan Mukerji directorial have kickstarted. After returning from Chennai post a press meet, Ranbir stepped out with his wife and co-star Alia in Mumbai to fulfill work commitments.

While Ranbir was his dapper self, it was Alia who made many hearts melt.

The actress, who is pregnant with her first child, looked stunning and cute in a sheer pink top and black pants.

Giving a glimpse of her growing baby bump, Alia was a sight to behold.

Her pregnancy glow couldn't be missed.

She posed for the shutterbugs happily.

Ranbir kept it simple in a T-shirt and jeans.

He flashed his happy smile for the paparazzi.

His signature heart gesture has our hearts!

Ranbir and Alia were a delight to the eyes as they posed together.

When the actress said the actress said, "We will promote the film, and we will be everywhere, but if the question you are asking is why we are not phailod everywhere, right now our focus is..." he plugged in, "Well I can say somebody has phailod." Alia was taken aback and Ranbir immediately said, "It's a joke." He then added, "in a cute way."

Apologising for his remark, Ranbir said at the Chennai press meet, "Firstly, I love my wife with everything I have in my life. It's a joke that didn't turn out to be funny. It wasn't my intention. I spoke to Alia about it later and she laughed it off. My sense of humour falls flat on my face sometimes. I apologise to those who got offended by it."