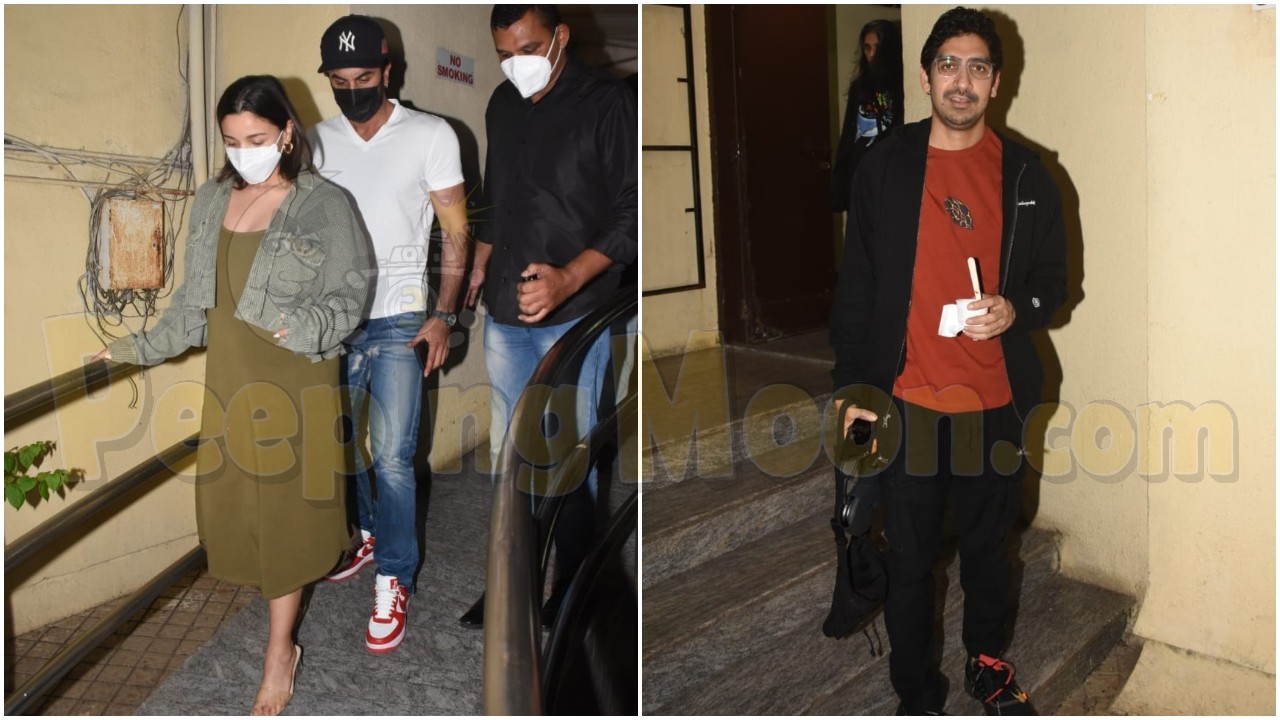 Ayan Mukerji organised a special preview of his highly-anticipated film Brahmastra on Monday evening. It was a private screening at a popular theatre in Mumbai. Ranbir Kapoor and Alia Bhatt were with Ayan at the screening.

Ranbir and Alia were clicked while they were exiting the theatre.

The actress was seen in an olive-coloured dress.

Ayan kept it simple in jeans and a T-shirt.

Ayan's father, actor Deb Mukerji, was also at the special preview of Brahmastra.

He was dressed in a pink shirt and pants.

Alia's elder sister Shaheen Bhatt cheered for the film at the screening.

She was dressed in a casual white top and jeans.

Shaheen flashed a happy smile for the paparazzi.

Brahmastra, Amitabh Bachchan, Nagarjuna and Mouni Roy, will release in theatres on September 9.